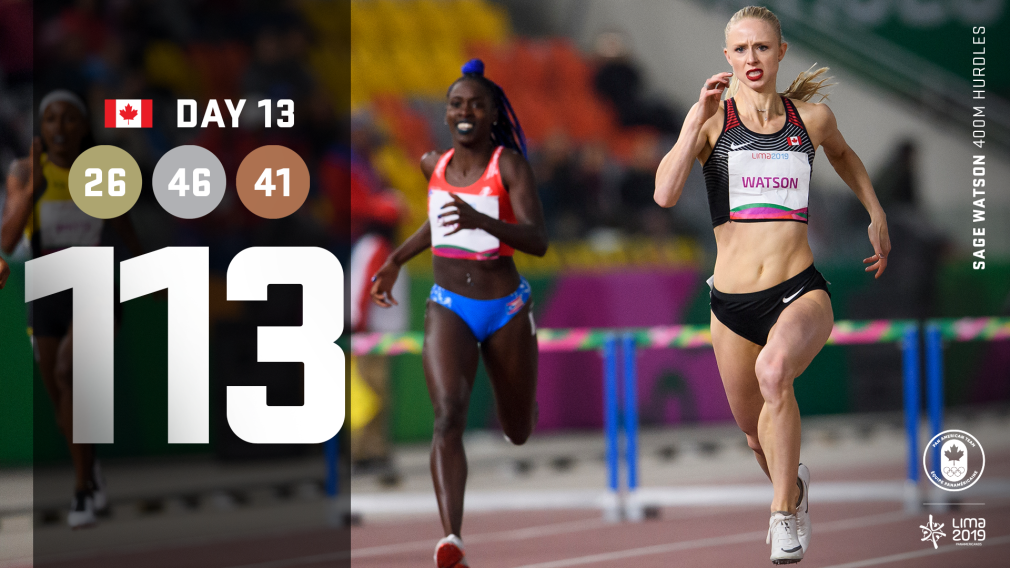 On Day 13 of Lima 2019, Team Canada continues to thrive at the track, in the pool and on the field with only three days of Lima 2019 remaining.

Read a few of the highlights from day 13:

Another champion crowned on the track 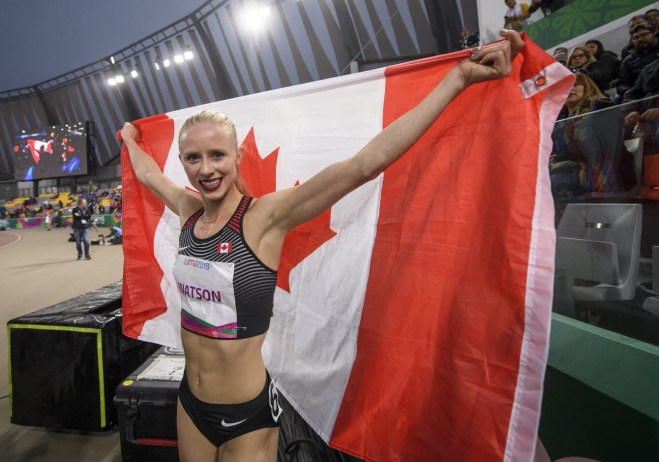 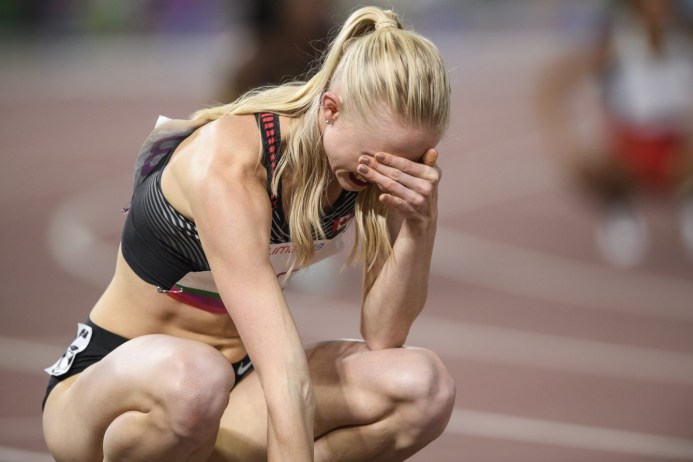 Sage Watson reacts to learning we was disqualified after winning the women’s 400m hurdles at Lima 2019. She was later reinstated as the gold medallist. Photo by Vincent Ethier/COC

Team Canada’s athletics squad claimed its third gold medal in as many days. Thursday night’s title came at the hands of Sage Watson who won women’s 400mH in 55.16s. The Canadians gold came with a bit of drama, after Watson was disqualified, then reinstated as the Lima 2019 champion.

Pole vaulter Alysha Newman and 1500m runner Will Paulson also earned spots on the podium, with a bronze in their respective events. 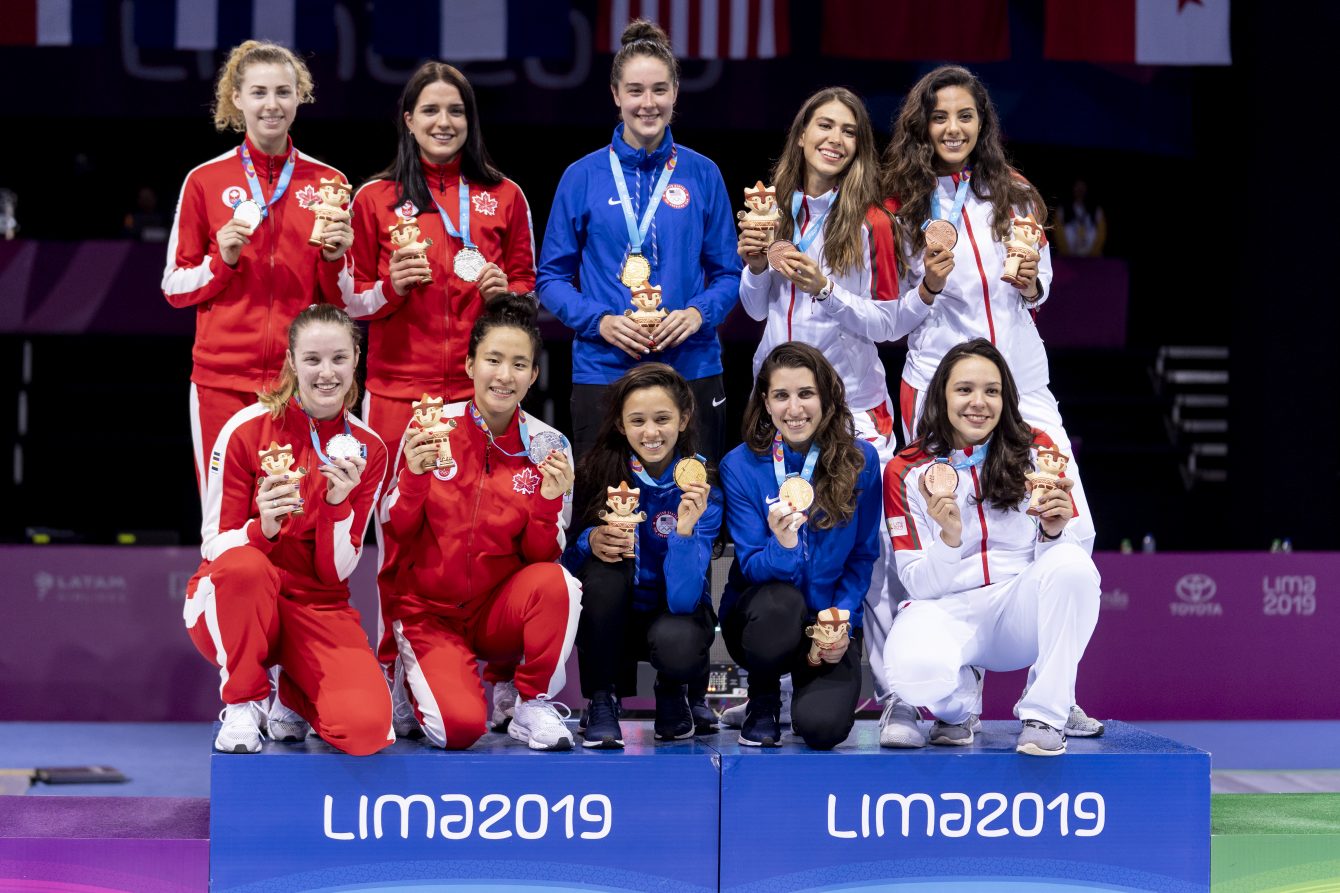 After defeating Mexico 44-27 in the semifinals, the squad advanced to Canada’s fourth straight Pan Am Games gold medal final in women’s team foil. Although the Canadians fell to Team USA, the team walked away with silver. 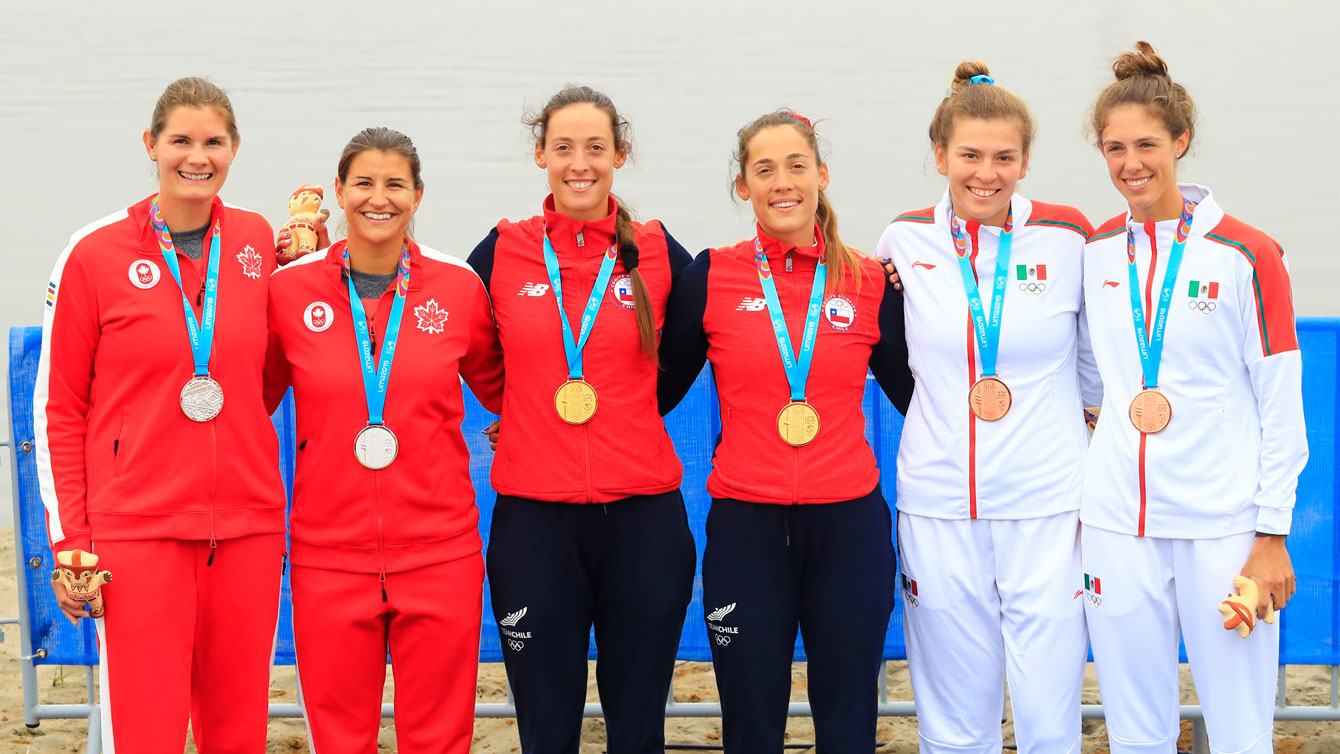 The Pan Am rookies, Larissa Werbicki and Jessie Loutit picked up Team Canada’s rowing medal of the Games in women’s coxless pairs. The pair brought home silver after crossing the line with a time of 7:36.06s, only 4.62s behind Chile in the final.

In wrestling it was Jade Parsons who became the first Canada to climb the podium, finishing third in the women’s 53kg event. 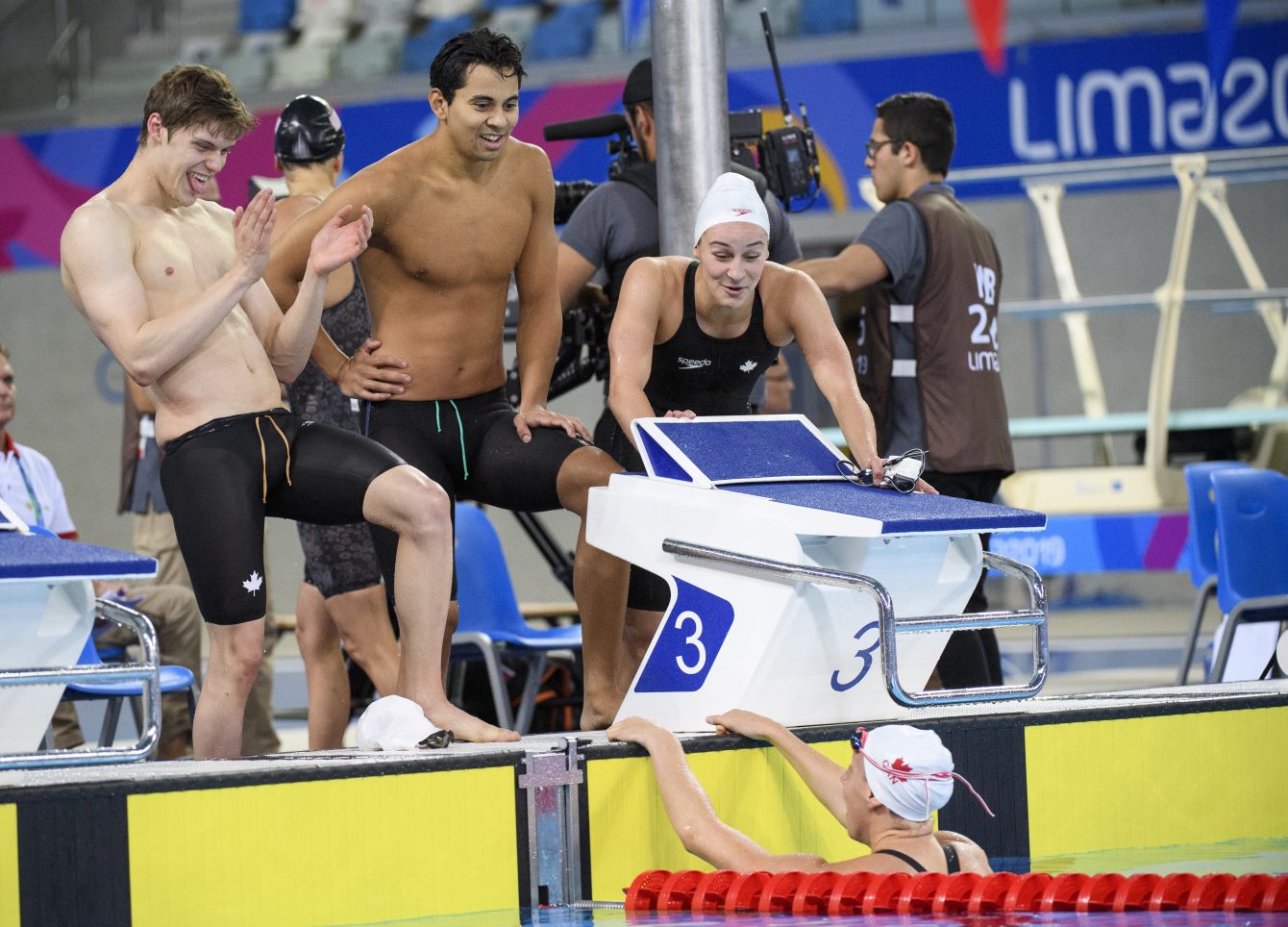 It was a triple silver night for Canada’s swimmers. Alexia Zevnik was the first individual medallist in the 100m freestyle, followed by Danielle Hanus in 100m backstroke. The pair teamed up with James Dergousoff and Javier Acevedo to add another silver in 4x100m mixed medley relay.

Field Hockey narrows in on Tokyo 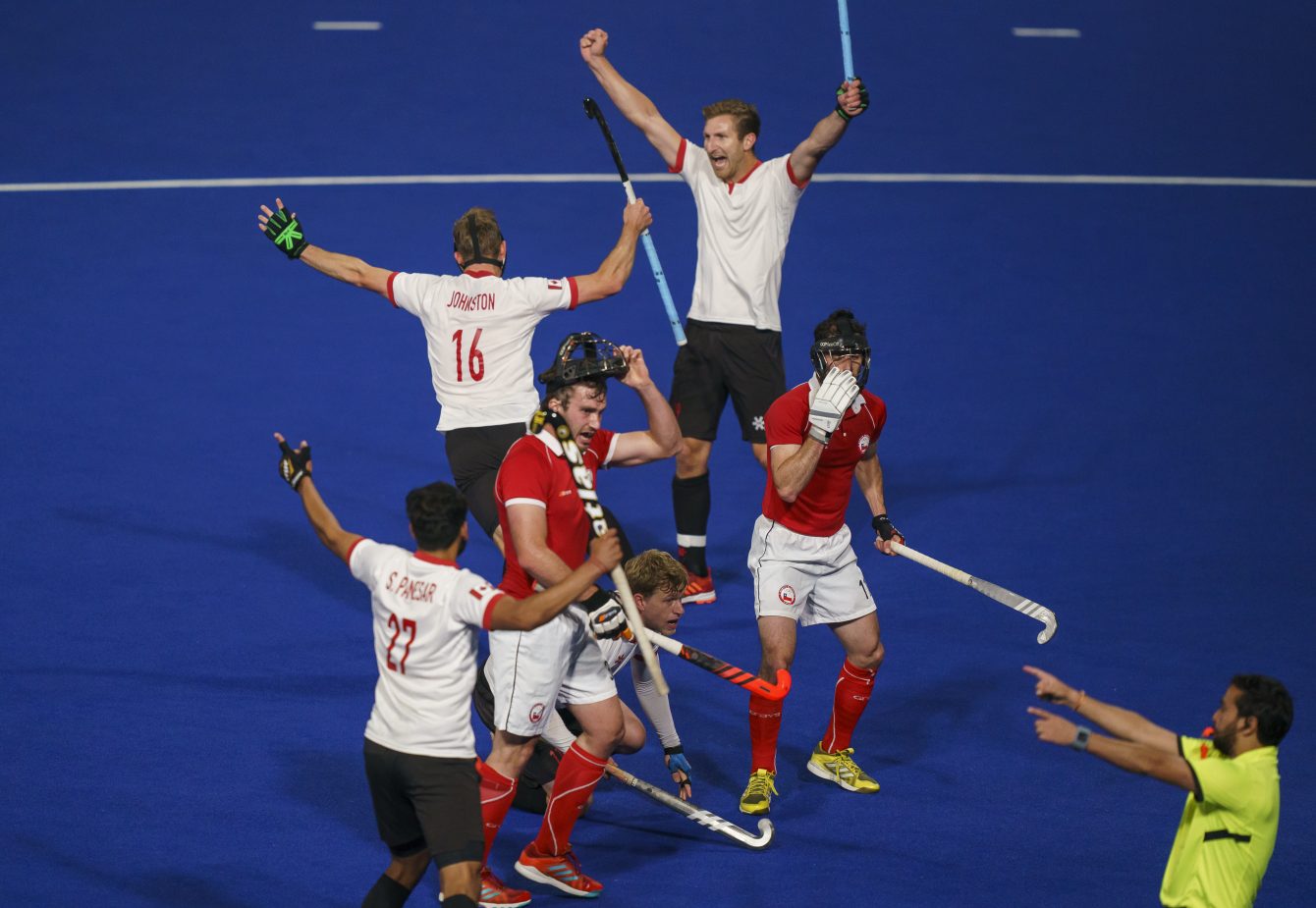 Team Canada celebrates their goal against Peru in the mens field hockey semifinal at the Lima 2019 Pan American Games on August 8, 2019. Photo by Dave Holland/COC

Canada’s men’s field hockey team, booked their ticket to the gold medal final. The Canadians, beat Chile 3-2 to advance to the final and will play Argentina for the title of Pan Am Games champions and a spot at Tokyo 2020.