Bianca Andreescu is headed to the US Open semi-finals

Bianca Andreescu is headed to the US Open semi-finals 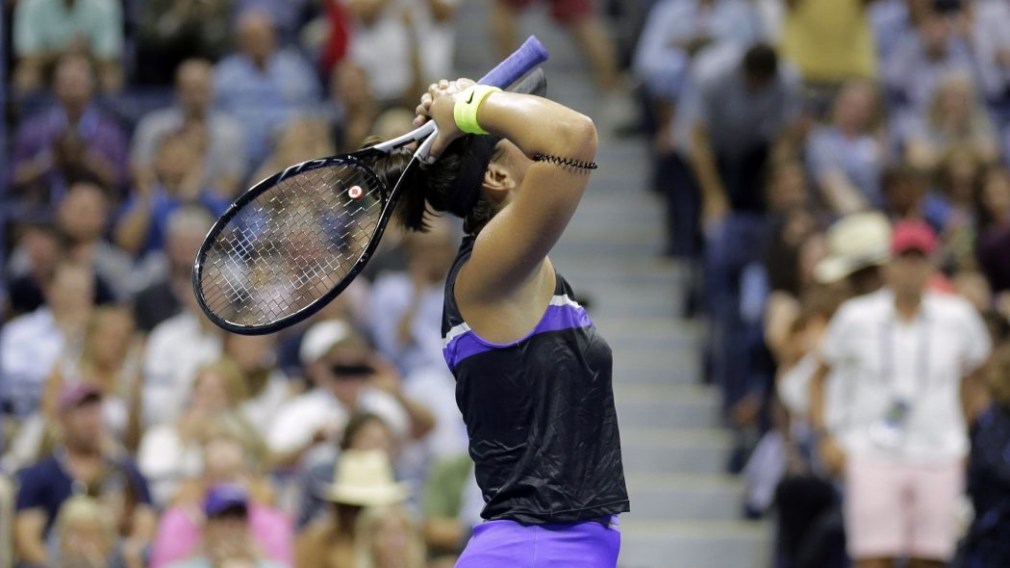 In her very first US Open main draw, Canadian tennis sensation Bianca Andreescu booked her ticket to the semi-finals on Wednesday night.

Bianca Andreescu comes back from a set down to defeat Elise Mertens 3-6, 6-2, 6-3 and reach the Final Four at the #USOpen.

The first set proved to be the most difficult for the rising star, who made a number of mistakes that Mertens was able to capitalize on. However, the Rogers Cup winner didn’t let that shake her.

In 2019, Andreescu has had a history of starting off slow and finishing high – Wednesday night was no different. So, the Mississauga native went into the next set ready to do what she does best: turn things around.

Andreescu was able to clean up her game significantly, while wearing out her opponent to level out the match.

Building off her momentum in the second set, Andreescu shined in the deciding round to secure her spot in the Final Four and make herself a US Open semi-finalist.

READ: FAQ: Team Canada, tennis and the US Open

She will go onto play Belinda Bencic of Switzerland on Thursday night to decide who will play for the championship.