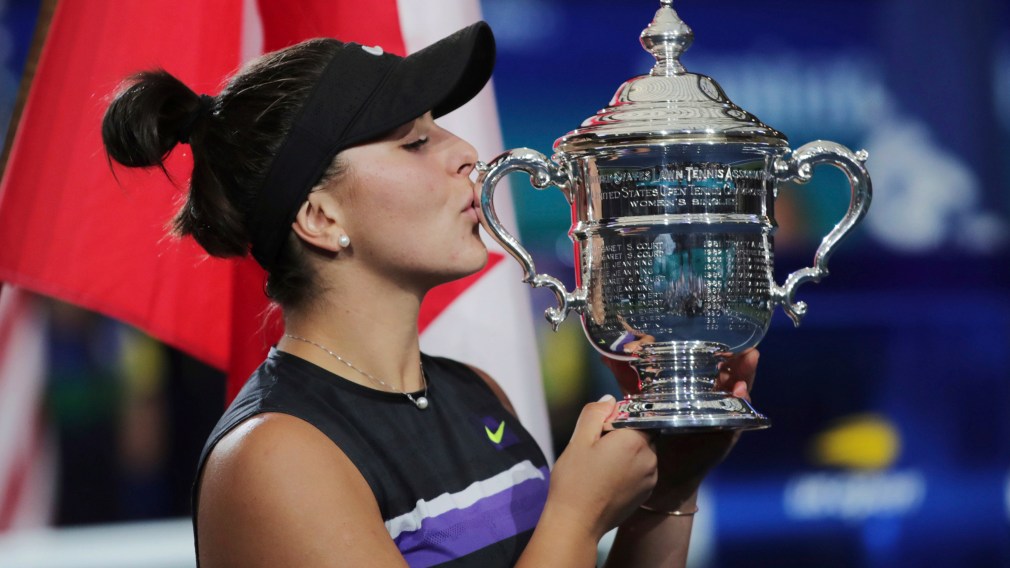 Yes, you read that right.

In her US Open debut, the 19-year-old breakout star claimed the title after beating tennis legend Serena Williams in straight sets 6-3, 7-5 on Saturday. Andreescu is now the first Canadian tennis player in history to win a Grand Slam singles championship.

READ: Here’s what people are saying about Bianca’s historic win

From the very start of the match, Andreescu proved why she was champion material. She returned Williams serves with power. She didn’t hit a single error until 3-1. She broke Williams twice. With all the pressure on her shoulders, Andreescu wasn’t playing like someone who was appearing in their first major championship match, she was playing like a winner.

The Mississauga-native took the first set 6-3.

Bianca Andreescu is one set away from the #USOpen title, claiming the first set 6-3 over Serena Williams.#SheTheNorth | #USOpen pic.twitter.com/QJ2EzqrOzV

Andreescu carried her momentum and confidence into the second, taking a commanding 5-1 lead over the 23-time Grand Slam champion. However, Williams was quick to fight back. With a home crowd cheering her on in New York, Williams pushed Andreescu’s game to a 5-5 tie.

Like Andreescu, Williams was also on the verge of making tennis history: winning her record-tying 24th Grand Slam.

But, like Andreescu has done all season long, she rose under the pressure. Battling one of the game’s best, she kept her composure to seal her victory at 7-5.

“I’m just beyond grateful and truly blessed,” Andreescu said in a post-match interview. “I’ve worked really really hard for this moment… This year has been a dream come true.”

With her finals win, Andreescu is expected to rise to world No. 5 in the WTA rankings.

This victory also made Andreescu the first player born in the 2000s to win a Grand Slam title.

Her incredible journey at the US Open is the cherry-on-top of her breakout tennis season this year. In 2019, she claimed her very-first WTA title at the BNP Paribas Open at Indian Wells and added another at the Rogers Cup, where she became the Canadian to win the tournament in 50 years.

Now, she’ll have a major title to add to her feat.