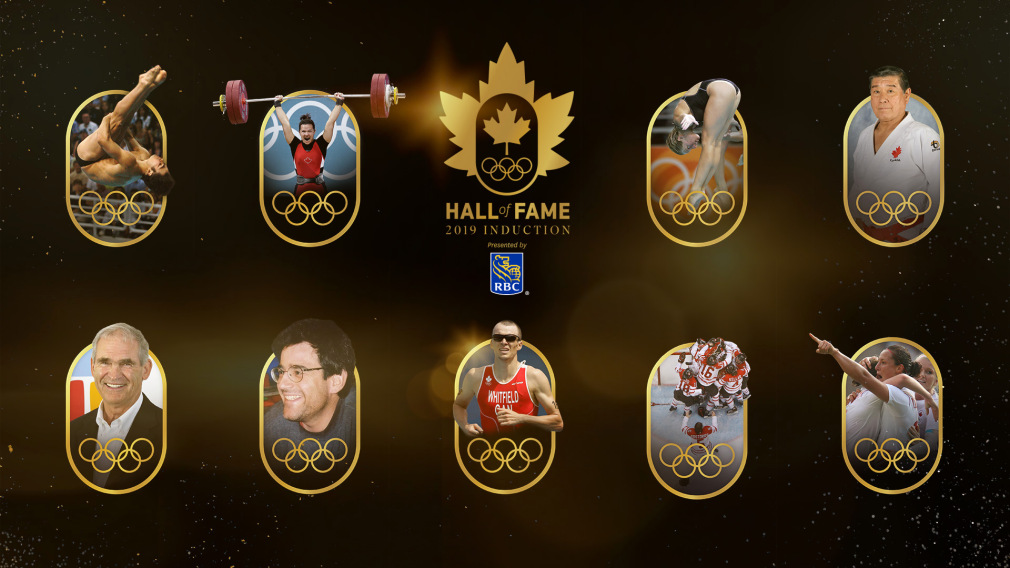 The 2019 inductees for the Canadian Olympic Hall of Fame presented by RBC have been announced. This year’s class features four Olympians, one coach, two teams and two builders.

The Canadian Olympic Hall of Fame recognizes Team Canada Olympians, coaches and builders who embody the fundamental principles and values of Olympism with distinction.

Let’s take a look at this year’s nine inductees: 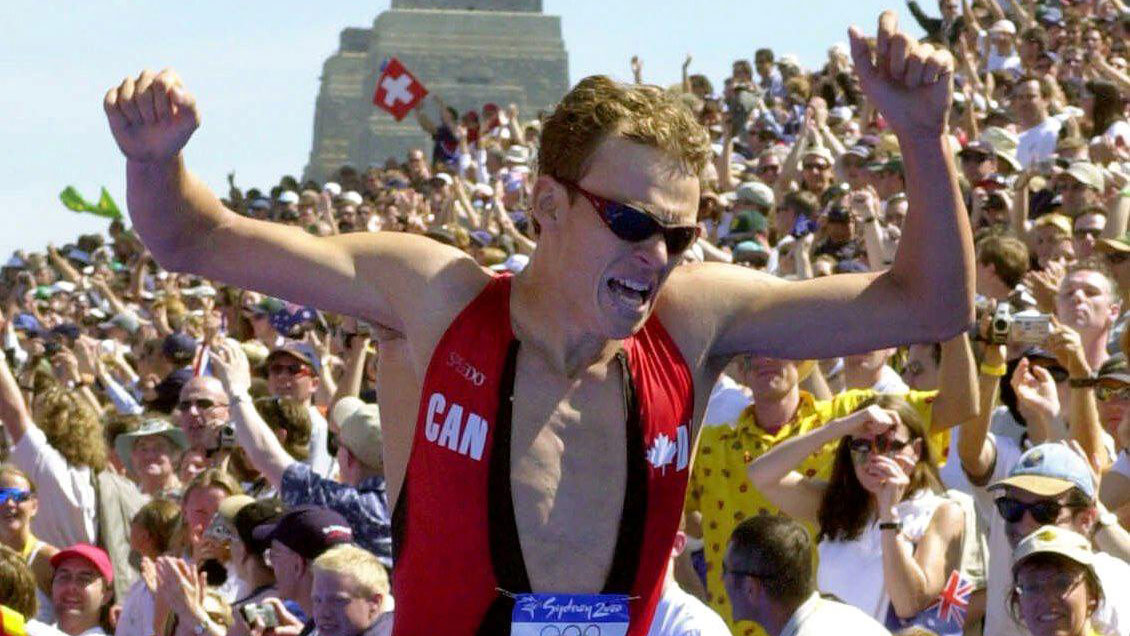 When triathlon made its Olympic debut at Sydney 2000, Simon Whitfield made history by unexpectedly becoming the first ever Olympic champion.

Whitfield used his outstanding skills as a runner to move himself from the middle of the field to the front after the swimming and cycling portions of the race. He used his sprint speed to catch and pass the leader, German Stephan Vuckovic, less than 300 metres from the finish line before pulling away to cross in first place.

Whitfield went on to compete in three more Olympic Games, winning silver at Beijing 2008. He was also the Opening Ceremony flag bearer for London 2012. 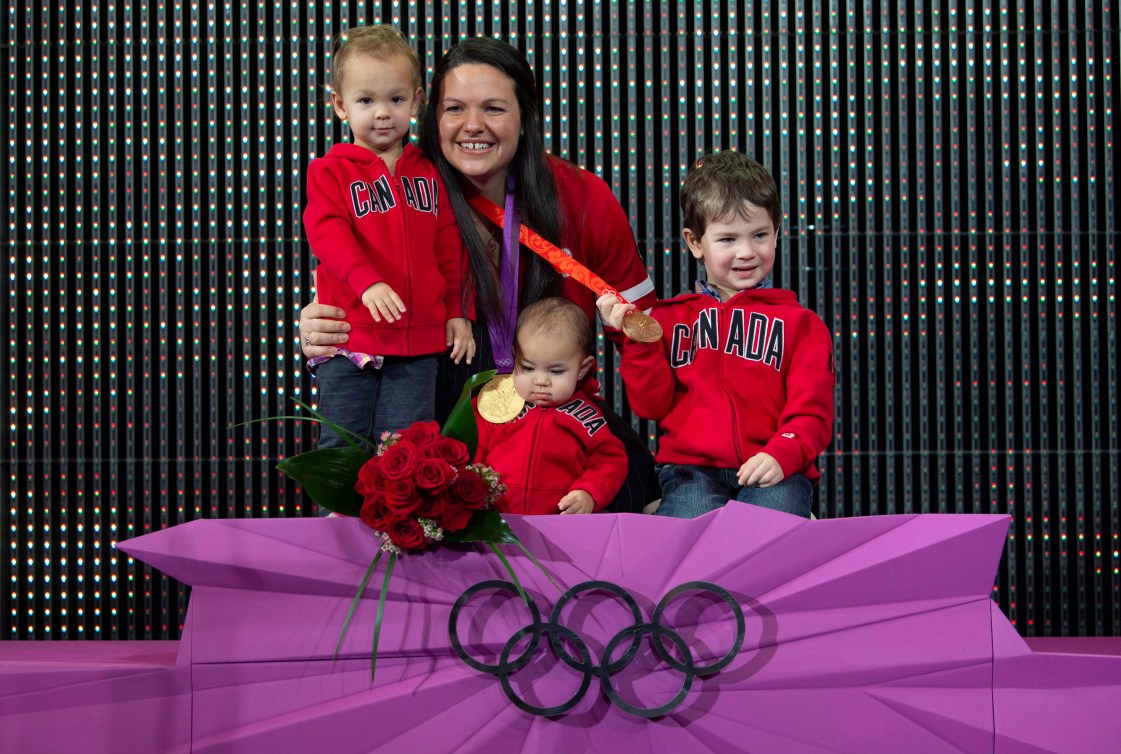 Canadian weightlifter Christine Girard poses with her children Aliana, left, Samuel and Philip, right, after being presented with the gold and bronze Olympic medals following a ceremony Monday December 3, 2018 in Ottawa. Girard was awarded the 2012 London gold and 2008 Beijing bronze medals after the International Olympic Committee disqualified athletes from the 2008 and 2012 Olympic games. THE CANADIAN PRESS/Adrian Wyld

Both of her medals were awarded several years after the Games when athletes who had initially placed ahead of her were disqualified for doping. 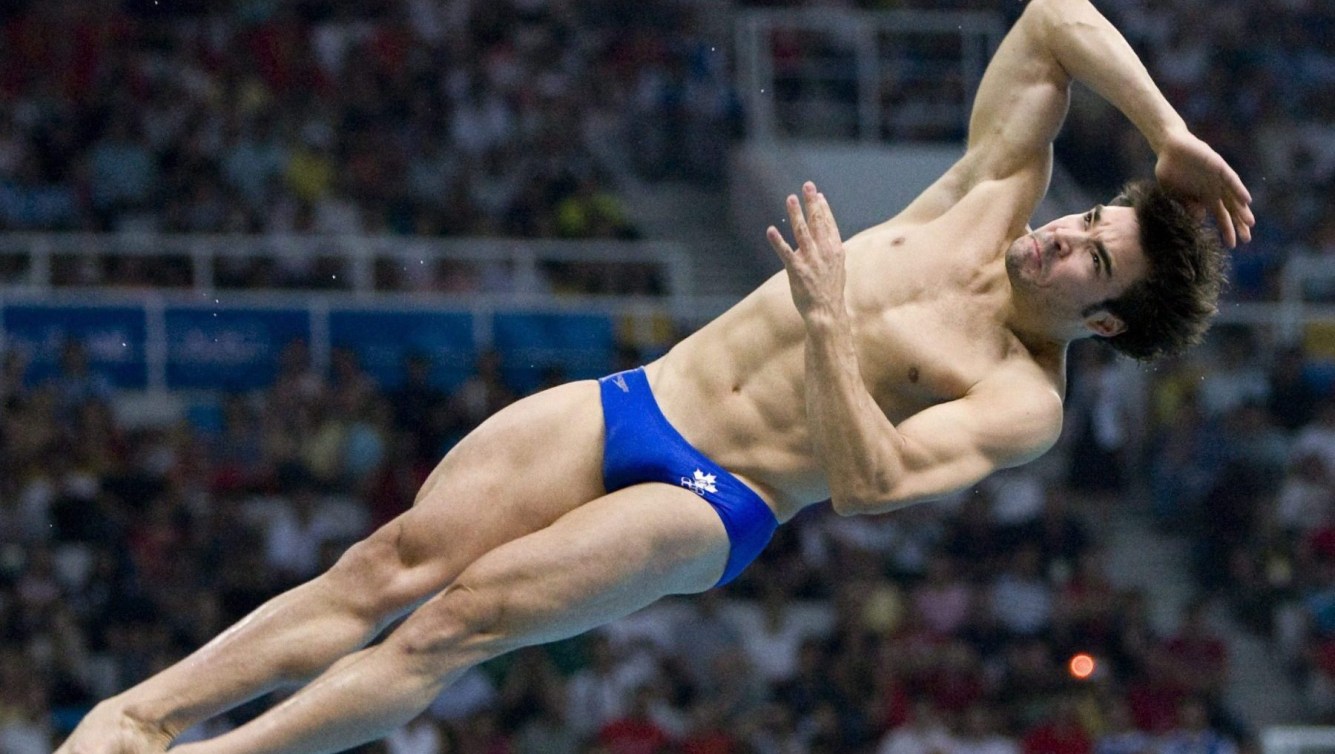 Canada’s Alexandre Despatie of Laval, Que. does a twist during his last dive prior to winning the silver medal in the 3 meter diving final at the Beijing Olympics in Beijing, China, Tuesday, Aug. 19, 2008. THE CANADIAN PRESS/Jonathan Hayward

Alexandre Despatie is Canada’s most successful male diver, with his career highlighted by a pair of Olympic silver medals.

In his second Olympic appearance at Athens 2004, he won silver in the 3m springboard, becoming the first Canadian man to win an Olympic diving medal.

One of his most notable accomplishments was winning his second straight Olympic silver medal at Beijing 2008. Just four months before the Games, Despatie broke a bone in his right foot while training.

Despatie made history when he became the first diver to ever be crowned world champion on all three boards. In 2003, he won 10m platform gold in Barcelona before winning the 1m and 3m titles at home in Montreal in 2005. 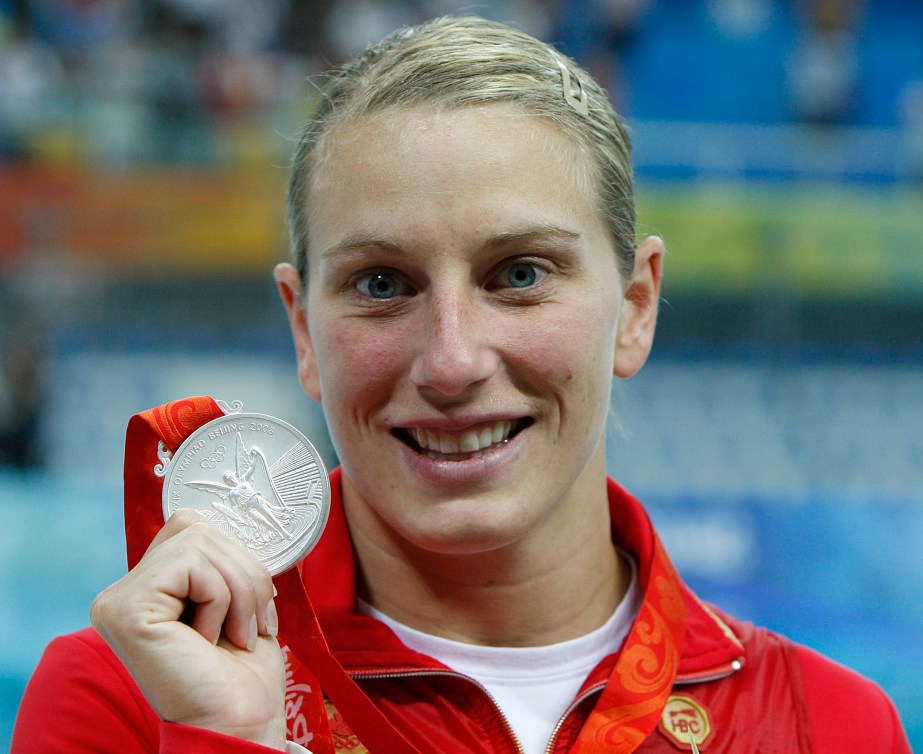 Canada’s Emilie Heymans from Greenfield Park, Que. stands on the podium after receiving her silver medal for the women’s 10-metre platform final at the Beijing 2008 Summer Olympics in Beijing, Thursday, August 21, 2008. THE CANADIAN PRESS/Paul Chiasson

When she didn’t qualify for Beijing 2008 in the 10m synchro event, she refocused on the individual 10m platform, and landed on the second step of the podium. Heymans then made the switch to the 3m springboard and went on to win bronze at London 2012 with a third diving partner, Jennifer Abel. 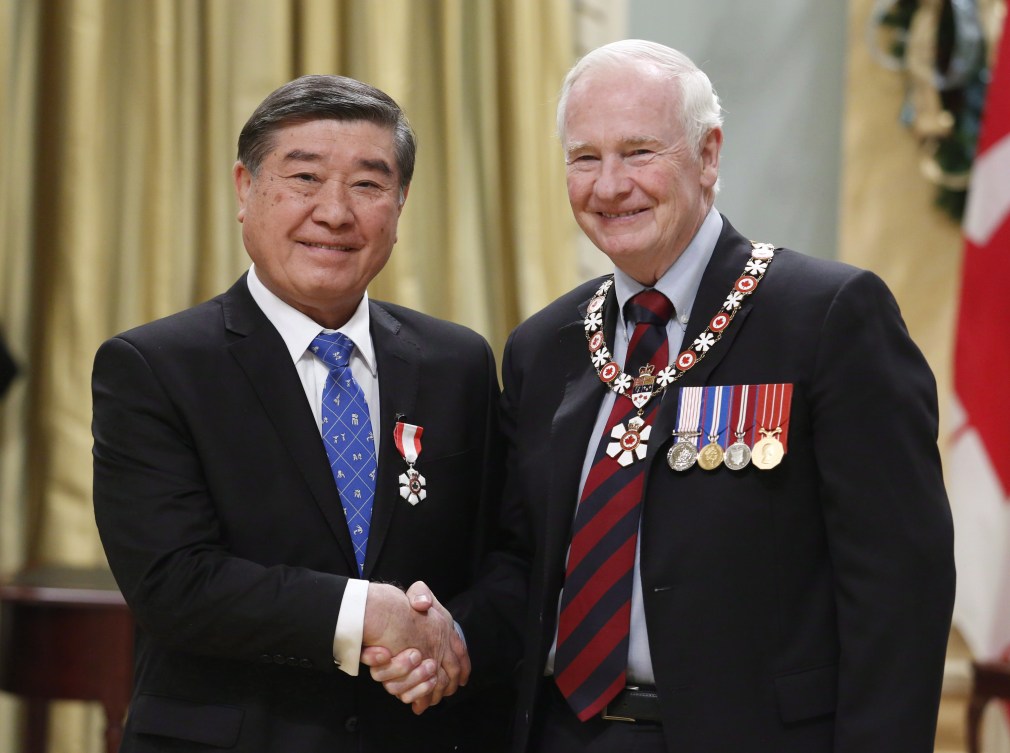 Governor General David Johnston invests Hiroshi Nakamura as a Member of the Order of Canada during a ceremony at Rideau Hall, Friday, December 13, 2013 in Ottawa. THE CANADIAN PRESS/ Patrick Doyle

Hiroshi Nakamura will be inducted into the Hall of Fame in the coach category. After his arrival in Canada in 1968, Nakamura significantly impacted the advancement of judo in Eastern Canada, especially in Quebec. He trained and coached several generations of athletes and coaches, including two-time Olympic medallist Nicolas Gill. Gill won silver at Sydney 2000 and bronze at Barcelona 1992. 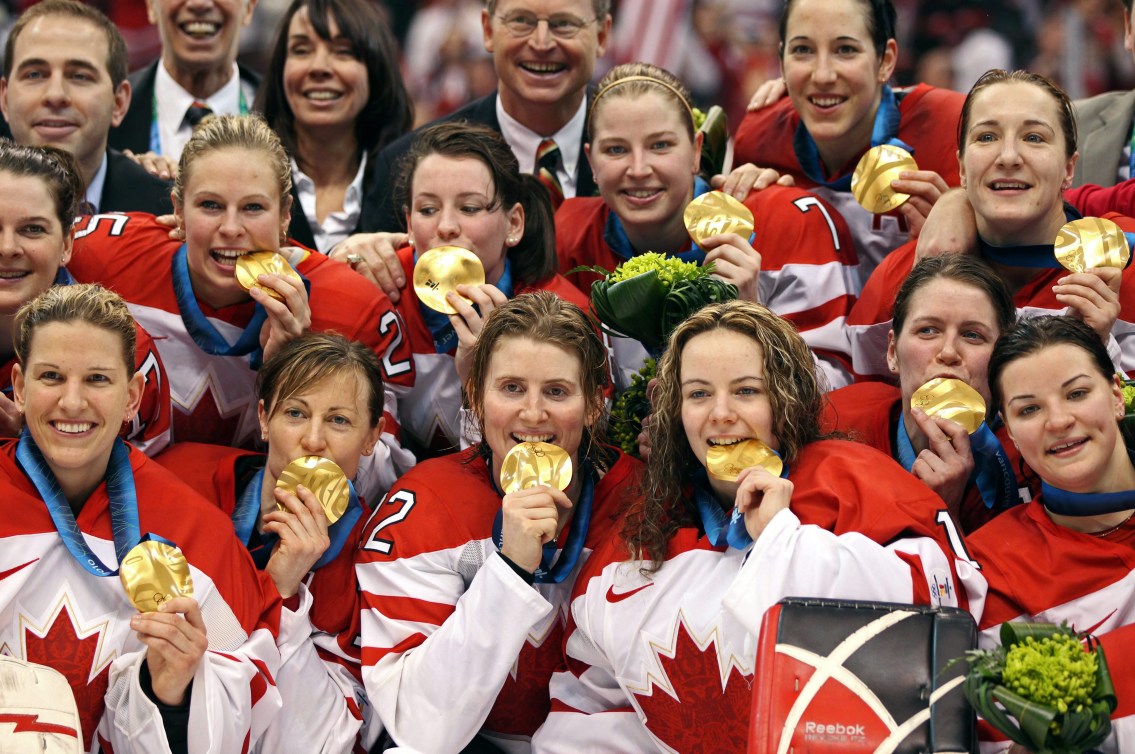 Team Canada celebrates with their gold medals Thursday, Feb. 25, 2010 after defeating the USA 2-0 in the women’s gold medal final ice hockey at the 2010 Winter Olympic Games in Vancouver. THE CANADIAN PRESS/Jonathan Hayward

At Vancouver 2010, Canada won its third straight gold medal in women’s ice hockey, after shutting out the Americans 2-0. This was the third time out of four Olympic Games that Canada played the United States for the title.

The gold medal game victory is the only time in women’s Olympic hockey history that Team Canada has shut out team USA or vice versa. 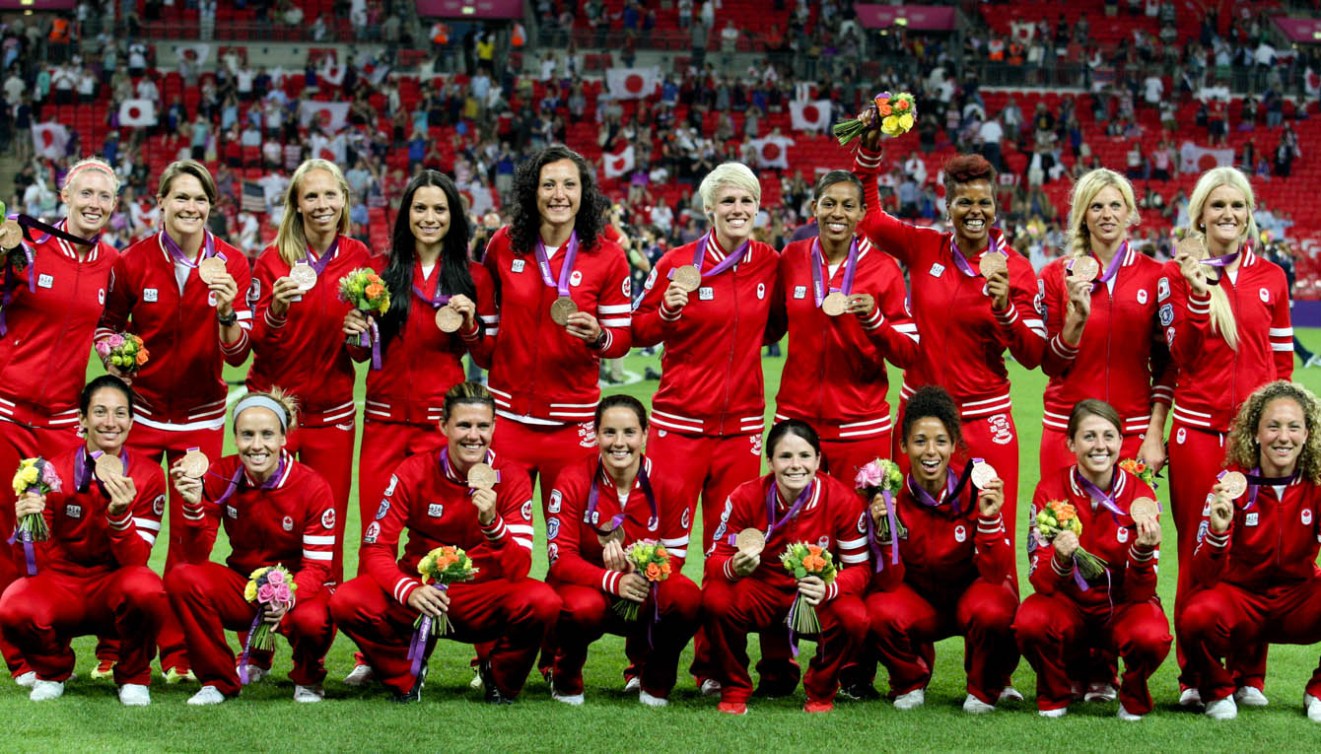 The entire country was on the edge of their seats when Canada faced France for the bronze medal at London 2012. The game went to overtime after the score was still deadlocked 0-0 after regulation.

In the 92nd minute, Diana Matheson score the winning goal for Canada. This was Canada’s first Olympic medal in a traditional team summer sport since Berlin 1936. 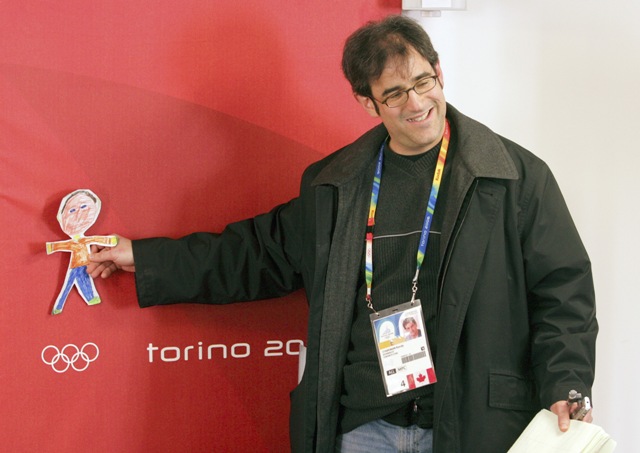 Sportswriter Randy Starkman was a true champion of Canadian athletes, ensuring that their stories were told to Canada and the world. Starkman’s 24-year career led him to cover 12 Olympic Games. He was a tireless advocate for Canadian athletes and cared deeply about the Olympic movement in Canada. 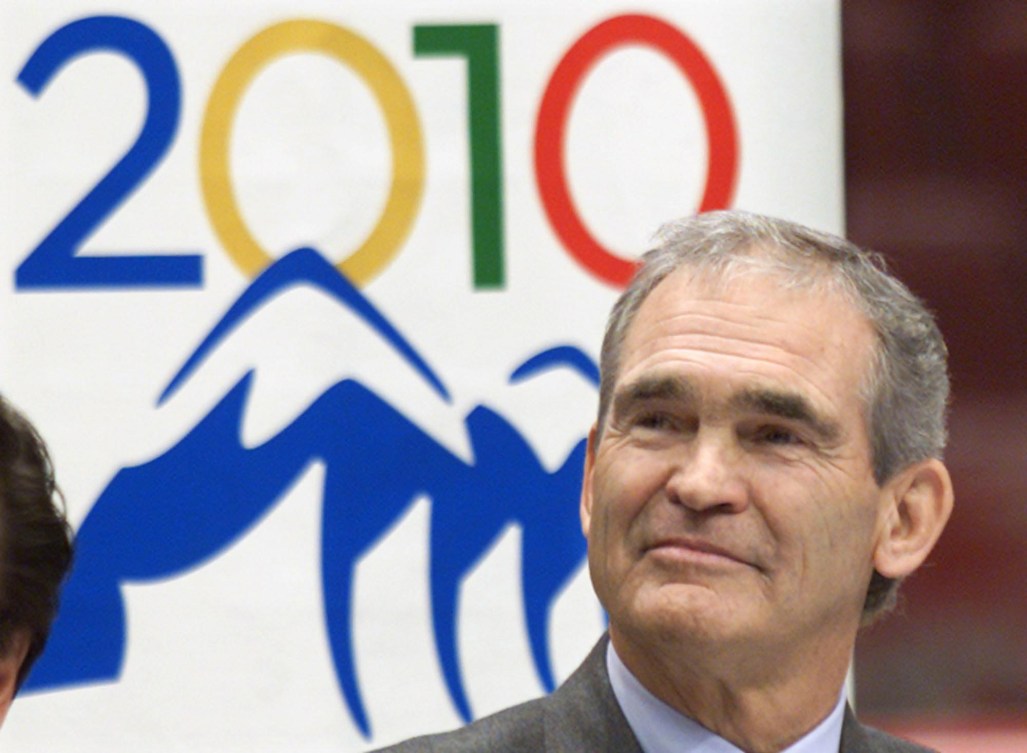 Jack Poole was largely responsible for bringing the 2010 Olympic Winter Games to Canada, serving first as the volunteer Chairman and Chief Executive Officer of the Vancouver 2010 Bid Corporation and then the Chairman of the Vancouver Organizing Committee for the 2010 Olympic and Paralympic Winter Games (VANOC). His work ensured that a generation of Canadians could pursue their Olympic dreams at home, while continuing to compete and win all across the globe. In 2020 there will be a celebration for the 10-year anniversary of those Winter Games.

At the induction ceremony, the Randy Starkman Award and the RBC Next Gen Award were also awarded.

The RBC NextGen Award is given in recognition of an individual who has made a significant contribution to developing and supporting the next generation of Olympians in Canada. The 2019 recipient is Ken McKinnon for his nearly fifty years of service fostering the development of young swimmers in Canada. The Randy Starkman Award, in honour of 2019 inductee Randy Starkman, will award a Canadian national team athlete who has used their sporting excellence for the benefit of the community. The 2019 recipient is Mary Spencer, for her work in the Indigenous community.

READ: Mary Spencer inspires Indigenous youth to believe that nothing is impossible

Five retired Olympians will also be recognized with an OLY Canada Legacy grant for their work leading a project that benefits their community.

To see the full list of previous inductees visit here.