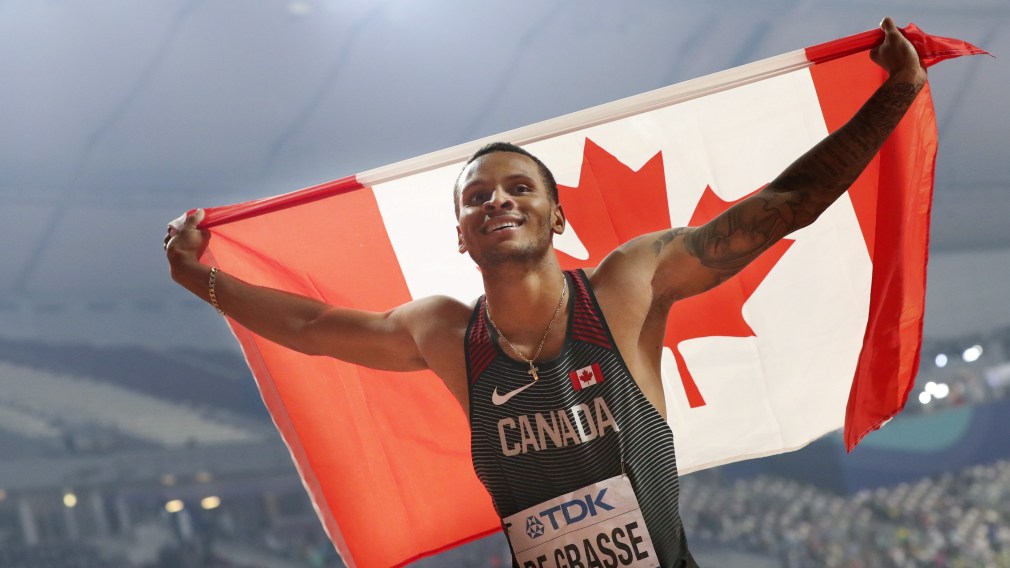 Andre De Grasse claimed silver in the 200m at the IAAF World Athletics Championships on Tuesday in Doha.

This is De Grasse’s second medal of the World Championships, after winning 100m bronze over the weekend.

Andre De Grasse is a MOOD

Make it two medals for the Canadian sprinter at track and field worlds https://t.co/BRTftIrw4T pic.twitter.com/biWoz0crp4

Aaron Brown also ran in the 200m final, and he finished in sixth place.

This is Canada’s fourth medal at the 2019 IAAF World Athletics Championships. Over the weekend, Evan Dunfee picked up race walking bronze.

The World Athletics Championships run through October 6th at Khalifa International Stadium in Doha, and can be watched LIVE on cbcsports.ca or on the CBC Gem app.