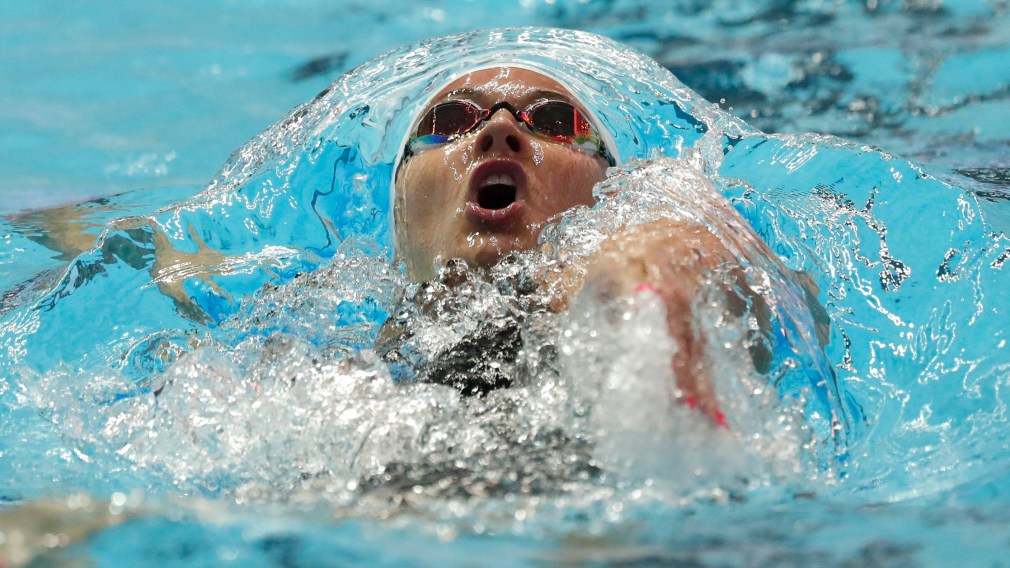 Kylie Masse won the 200-metre backstroke during the debut of the International Swimming League event on Saturday, which made her the first Canadian to win at ISL.

One may have thought it would be hard to recognize Kylie Masse in her Cali Condor swimming club colours instead of Team Canada, however, she was no stranger in the pool during the International Swimming League 200m backstroke. Masse touched the wall at 2:01.89 seconds to put the Condors in second place.

Earlier in the year, the 23-year-old lead the 200-metre backstroke at the national swim trials with a time of 2:05:94 seconds. She is also a back to back world champion and a 2016 Olympic bronze medallist.

On day two of the event in Indianapolis, Kelsey Wog earned second and a personal best time of 2:06.27 seconds in the 200-metre individual medley. This result gave seven points to the Cali Condors. Kayla Sanchez, who is representing Energy Standard, followed in third place.

The @calicondors_isl have done it AGAIN!

In the 100-metre backstroke, Masse pushed through the water to claim second place, behind her Cali Condors, American teammate.

During the women’s medley relay, Energy Standard’s Kayla Sanchez set the pace as the third rotation and Penny Oleksiak swam as the anchor to extend the team’s lead.

At the end of the event’s inaugural weekend, Energy Standard leads the event with 521 points.

Next up is Naples, Italy on October 12-13. The league will also stop in Texas, Budapest, Maryland and London before the finals in Las Vegas during December. The top two teams from both the USA and Europe after the six meets will advance.

The International Swimming League is a team format competition series that ends in cash prizes. There are no heats. Swimmers will compete at the usual distances, and if slower than listed times, they will lose points. It is supported by many swimmers and hopes to be a new way to engage swimmers and encourage new fans.

There are 13 Canadians competing in the ISL. Below is a list of Canadian swimmers and their club affiliate.