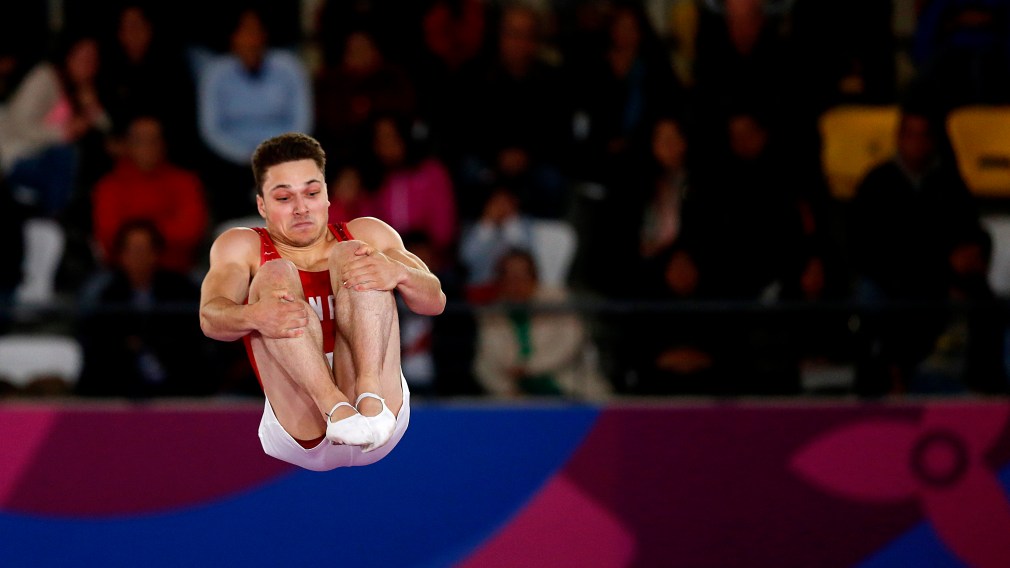 Both Canadian duos came into the finals in 7th place. Although, Jason Burnett and Jérémy Chartier advanced to second overall with a score of 51.020. Japan’s Daiki Kishi and Ryosuke Sakai took home gold with 52.380 points, whereas Mikita Fomchanka and Ivan Litvinovich from Belarus claimed bronze (50.390).

Samantha Smith and Rachel Tam improved their score to 46.360 for the bronze medal. The gold medal went to Maryna Kyiko and Svitlana Malkova of Ukraine (49.270), and silver was collected by Australia’s Lauren Sampson and Jessica Pickering (46.360).

Team Canada also had many other contenders who just missed the podium – Jordan Sugrim finished fourth in women’s tumbling, and Jon Schwaiger finished seventh in the men’s tumbling finals.

Sarah Milette was the only one to qualify for the individual trampoline finals. She finished sixth in the event, although this helped secure Olympic qualification points.

Next up is the 2019 Trampoline Gymnastics World Championships in Tokyo, Japan from November 28 to December 1st, 2019.