The ABCs of Field Hockey

The ABCs of Field Hockey 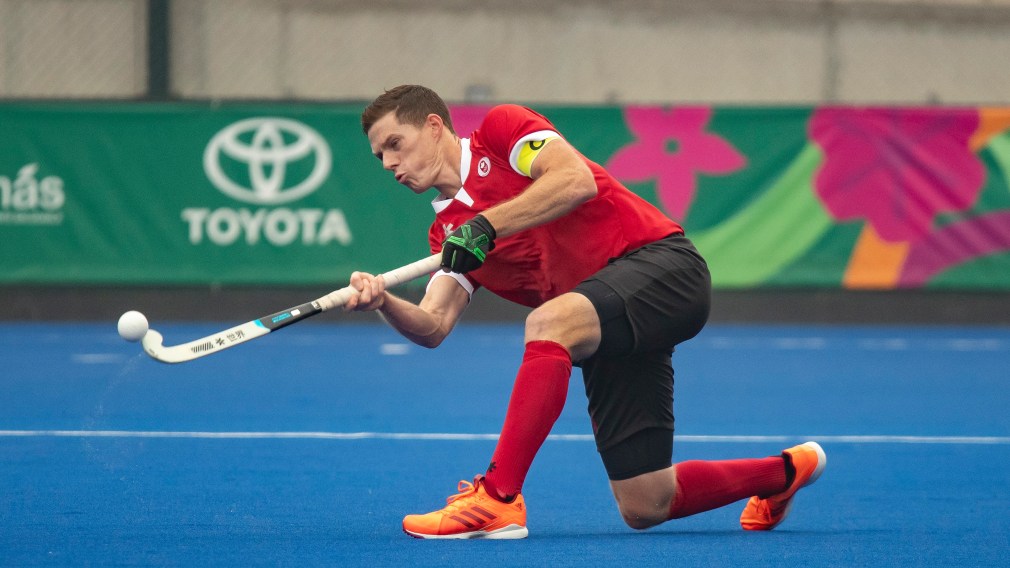 Ice hockey will (likely) always be most Canadians’ favourite pastime, but with the next Olympic Summer Games coming soon, why not learn about the other hockey? Field hockey, that is.

What is field hockey? Keep reading to learn everything you need to know about the sport: 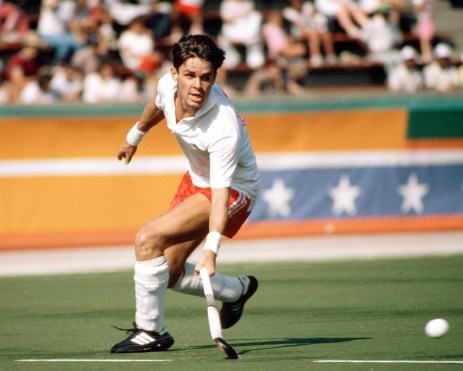 What is the Olympic history of field hockey?

First, a little history lesson. Field hockey had quite the bumpy road when it came to the Olympics. The sport made its debut at London 1908 before getting pulled out of the Games at Stockholm 1912. Readmitted at Antwerp 1920, it was omitted once again four years later at Paris 1924 due to the lack of an international federation. The issue was resolved in the same year and field hockey was added to the Olympic program, for good this time, at Amsterdam 1928.

The Canadian men’s and women’s teams are both looking to qualify for Tokyo 2020.

How does field hockey work?

Field hockey is played on a large outdoor field, measuring 91.40m x 55m. Players control the ball with a stick that is flat on one side and curved on the other. Only the flat side of the stick can be used to hit the ball and it’s prohibited to use body parts, including your hands or feet, to move the ball. Only the goalkeepers can kick the ball with their feet and stop the ball with their body or gear. 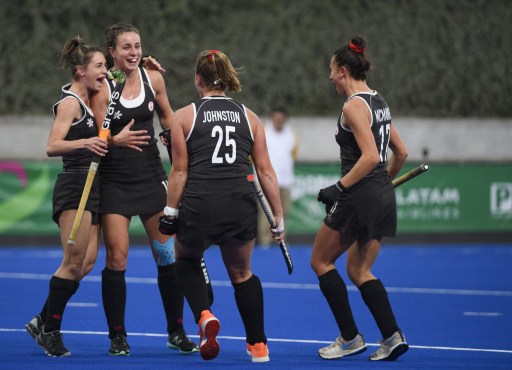 LIMA, Peru – Karli Johansen of Team Canada celebrates with teammates after scoring against the United States at the Lima 2019 Pan American Games on August 06, 2019. Photo by Christopher Morris/COC

A standard match consists of four 15-minute quarters, with a 10-minute half-time after which teams switch sides. Teams can have a maximum of 16 players on their rosters, but there must only be 11 players, including the goalie, per team on the field during game time. Substitutions can be made at any time of the game.

Players have to be on the inside of the striking circle which is a half-circle that looks like a “D”, in order to score a goal. In other words, if they don’t shoot from within the half-circle they don’t get the goal.

During the preliminary rounds at the Olympics, 12 teams are divided into two groups of six. A win is worth three points, a draw is worth one point, and a loss does not give a team any points. The top two teams of each group advance to the semifinals, where the winner of group A will face the second-placed team of group B, and the winner of group B will face the second-placed team of group A. The winners of the semifinals will play against each other in the finals while the two losing teams will face off for the bronze medal. 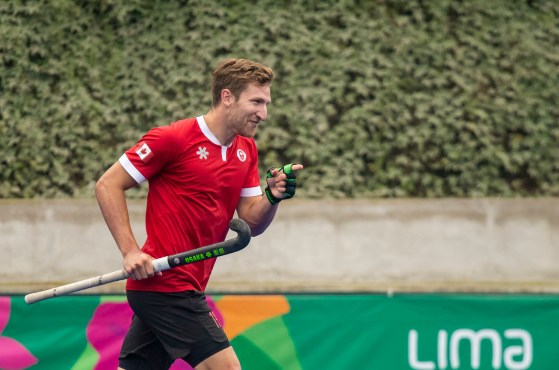 Mark Pearson of Canada celebrates after scoring a goal against the United States in field hockey at the Lima Pan American Games on Aug. 1, 2019. THE CANADIAN PRESS/HO-COC, Andrew Lahodynskyj.

Elimination matches can never end in a draw. If the match does finish in a draw then, just like ice hockey, there will be a penalty shootout.