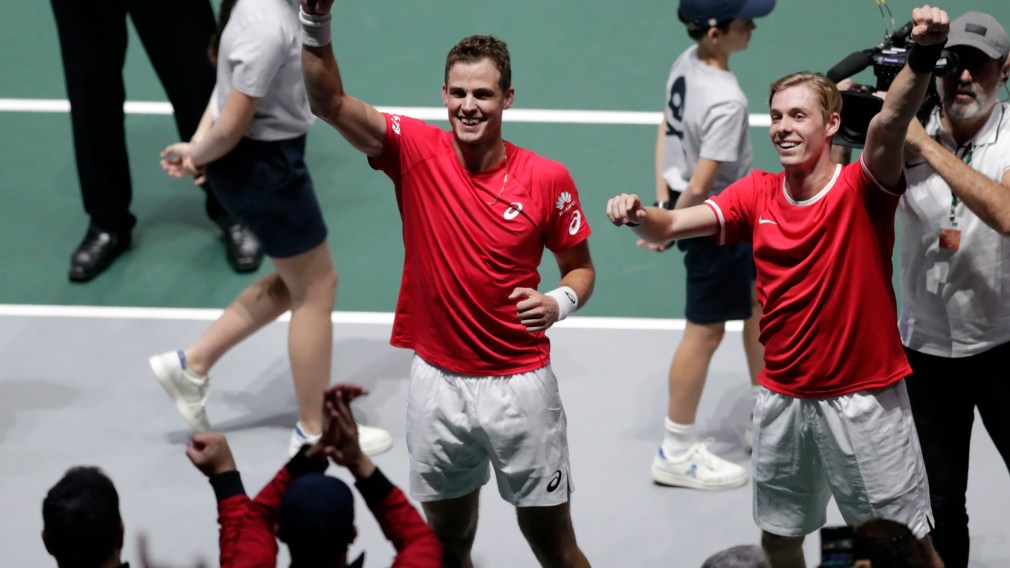 Canadian history was made on Saturday.

Denis Shapovalov and Vasek Pospisil advanced Team Canada to their first-ever Davis Cup final in Madrid, Spain Saturday afternoon. The Canadian duo defeated the Russian pair of Karen Khachanov and Andrey Rublev 2-1. They secured their ticket in the doubles championship after posting a 6-3, 3-6, 7-6(5) victory.

Davis Cup veteran Pospisil had a rough start to his match against Rublev, where he put up a 6-4, 6-4 loss. However, World No. 15 Shapovalov was able to smooth things over for Canada by beating Khachanov 6-4, 4-6, 6-4 to even out the tie.

In doubles play, Shapovalov and Pospisil played a dominant game to send themselves to the final.

This week, the duo has played every match for Canada and advanced to the semis after a thrilling 2-1 win over Australia on Thursday.

Prior to this historic win, Canada’s best result was in 2013, when it reached the World Group semifinals before losing 3-2 to Serbia.

They will go on to face the winner of the Spain-Britain semi-final and play for the championship on Sunday.