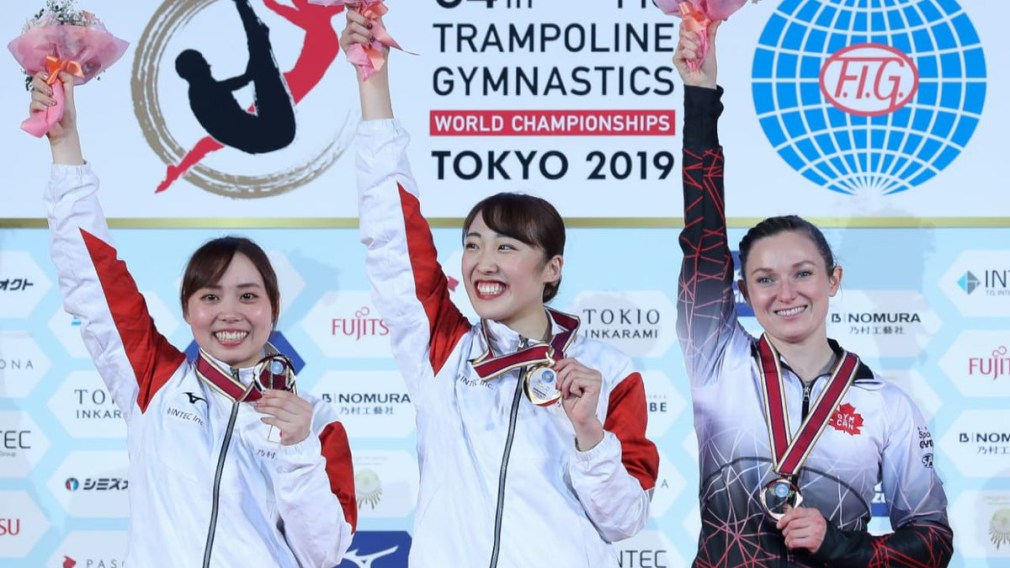 Rosie MacLennan won a bronze medal in the women’s individual trampoline on Sunday to wrap up the 2019 FIG Trampoline Gymnastics World Championships in Tokyo, Japan.

She put down a solid routine to land a score of 54.820 points to claim bronze.

“I decided to go with a slightly easier routine today, and to just keep it high and clean, and I think it paid off, I was able to feel a little more stable on the trampoline and I was really happy with it,” said MacLennan.

Mori Hikaru and Chisato Doihata of Japan pleased the home crowd to win gold (55.860) and silver (55.225) respectively. Fellow Canadian, Samantha Smith finished the competition in seventh place with a score of 53.450.