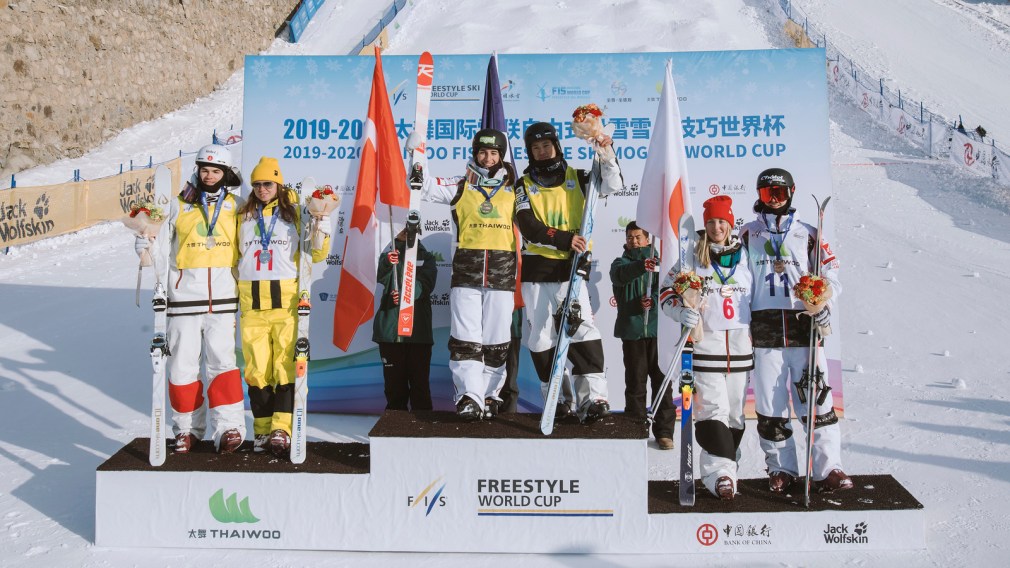 On Saturday, Team Canada made their presence known on the hills in Thaiwoo, China as Mikaël Kingsbury secured silver in the men’s Moguls event and on the women’s side, Justine Dufour-Lapointe claimed bronze.

After starting the season last weekend with a gold medal, Kingsbury returned to the podium to claim the silver medal. This is his 83rd career podium finish. His score of 86.30 points put him behind Japan’s Ikuma Horishima by 0.6 points. Benjamin Cavet of France secured the bronze medal with 83.30 points.

We're getting ready to start with the first of back-to-back moguls World Cup competitions in Thaiwoo. Qualifications are slated to take place at 10:15 local time with finals coming up right after at 13:30 #moguls pic.twitter.com/zBtwoERhYs

On his second run, Kingsbury landed a time of 15.0s, while securing a 52.3 on turns and a 19.0 for air. It wasn’t enough to edge Horishima out of the top spot, as the Japan skiier took charge of the second run to slide past Kingsbury for the gold medal.

On the women’s side, Dufour-Lapointe landed the bronze medal with 74.30 points. After her first run, she was sitting in fourth place with a time of 14.4s, 47.5 points for her turn execution and 13.1 points for her air score.

For her second run, she was able to take her jumps to new heights to gain her spot on the third spot of the podium. She skied the same time of 14.4s, while receiving 45.7 points on her turns and 14.2 points for air.

Competition continues in Thaiwoo with the dual moguls event on Sunday.