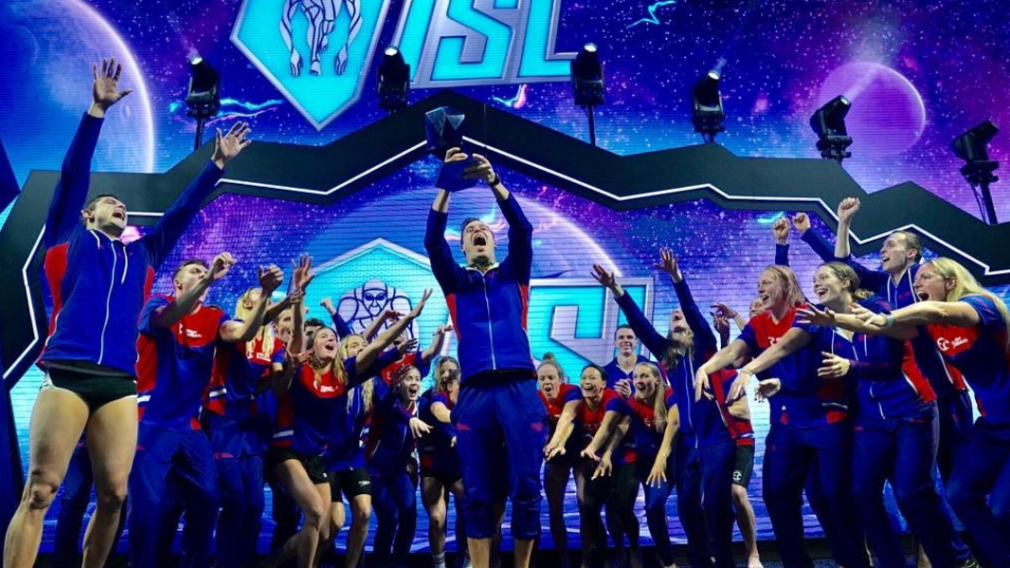 Team Canada brought the heat at the inaugural International Swimming League (ISL) Grand Finale to help secure the title for team Energy Standard at the Mandalay Bay Resort and Casino in Las Vegas on Saturday.

Penny Oleksiak, Mary-Sophie Harvey, Rebecca Smith, Kayla Sanchez and Kierra Smith secured the points need to help advance their team score at the new professional swimming league circuit finale. Energy Standard assembled a total 453.5 points to advance past London Roar (444 points) after they had led for the majority of the day.

Earlier at the event, Energy Standard was down by 37 points. Although, after a hand off from Kayla Sanchez, Penny Oleksiak, Energy Standard’s anchor for the 4x100m mixed freestyle relay, challenged Australia’s Emma McKeon of London Roar on the final lap to secure the essential points needed to close the gap. The relay team also included the Simonas Bilis and Sergey Shevtsov. The ISL MVP and Sweden’s Sarah Sjöström was also an asset in Energy Standard’s success.

Throughout the weekend, Team Canada’s Sydney Pickrem (London Roar) earned second place in the 400-metre individual medley with a time of 4:26.55s, which is 0.13s off the Canadian record. She also took charge of the 200-metre individual medley in a time of 2:04.85 for first place. Sanchez (2:06.37s) also finished third and Mary-Sophie Harvey took seventh place (2:08.01s) for Energy Standard. Kelsey Wog (2:07.04) of the Cali Condors finished fourth. Pickrem was also fourth in the 100-metre backstroke (1:04.83s), and Sanchez was fourth in the 100-metre freestyle (51.71s). The duo tied for the most Grand Finale points amongst Canadians with 52 points to claim 15th overall.

READ: Canadian swimmers made a splash on day one of ISL Grand Finale

The International Swimming League will return for its second year in September 2020 with teams being added in Toronto and Tokyo. With over 100 Olympians, the club will now have ten teams, five in Europe-Asia and five in the U.S. As a result, there will be a total of 27 matches, including regular season, playoffs and the grand finale.