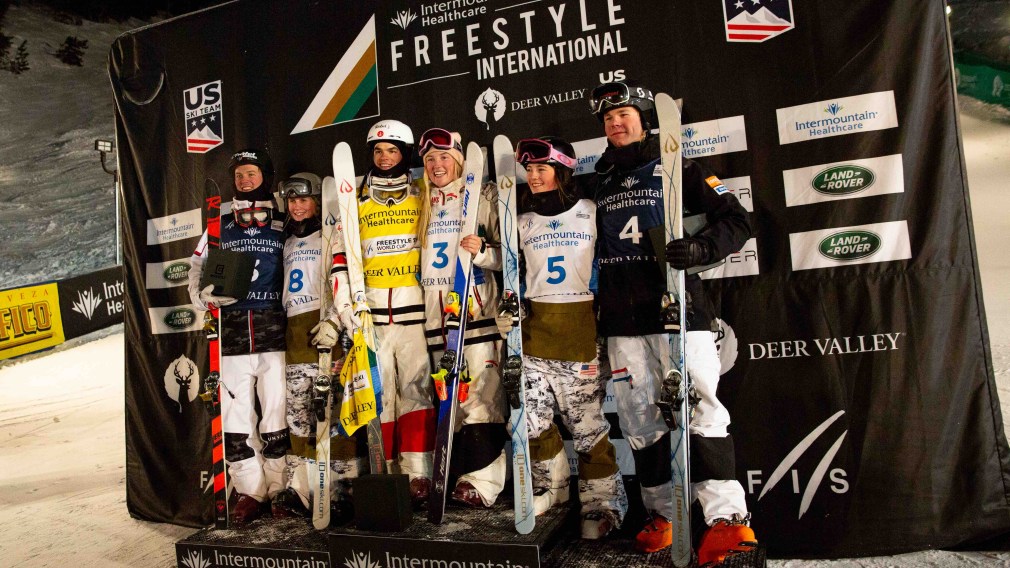 Kingsbury, who celebrated his 60th gold medal finish last weekend, skied to first place after a showdown with French mogulist Ben Cavet in the finals. Meanwhile, Sweden’s Walter Wallberg battled Japan’s Ikuma Horishima to complete the podium with a bronze.

This marks Kingsbury’s 12th career victory on Deer Valley Resort’s storied Champion Run and his second medal of the weekend. On Thursday night, he captured a moguls silver after putting up 87.37 points in the individual competition.

Not too often you see a claim the whole way through the bottom section, but when you’re the King you do what you want 🤴. @mikaelkingsbury went full throttle on his way to his 12th career victory on @deervalleyresort’s storied slopes, in this showdown with @bencavet on Saturday night…☝️ #dvworldcup #fisfreestyle #dualmoguls #moguls #mikaelkingsbury #deervalley

Overall, he was thrilled with his weekend – especially his 61st win.

“It’s a great feeling for me, win number 61,” he said following the event. “After the Olympics this is the best feeling ever, winning at Deer Valley. I’m super happy.”

Dufour-Lapointe also reached the top spot on the podium on Saturday night to win her first dual moguls event in four years.  The 25-year-old captured gold after putting up a score of 83.98 against American skier Hannah Soar. Soar’s teammate and fellow American, Jaelin Kauf, rounded out the dual moguls podium in third place.

@justinedufourlapointe was a woman on a mission on Saturday night, skiing flawlessly from start to finish and facing down @hannsoar to take her first dual moguls win in four years – and it came at the site of her last DM triumph, on freestyle’s biggest stage in @deervalleyresort…😍👌 #dvworldcup #fisfreestyle #dualmoguls #moguls #justinedufourlapointe #deervalley

“I’m just so happy that I made it happen here in Deer Valley at this dual moguls event,” Dufour-Lapointe said post-competition. “This is the most challenging course ever and to do it here just proved to me that I still have it. I think I proved tonight that I’m back, baby.”

Like Kingsbury, this is also Dufour-Lapointe’s second medal of the weekend. She earned herself a bronze on Thursday evening, after scoring 78.14 points in the women’s moguls competition.

Next up, the World Cup will head to Tazawako, Japan with back-to-back single and dual moguls competitions February 22-23.