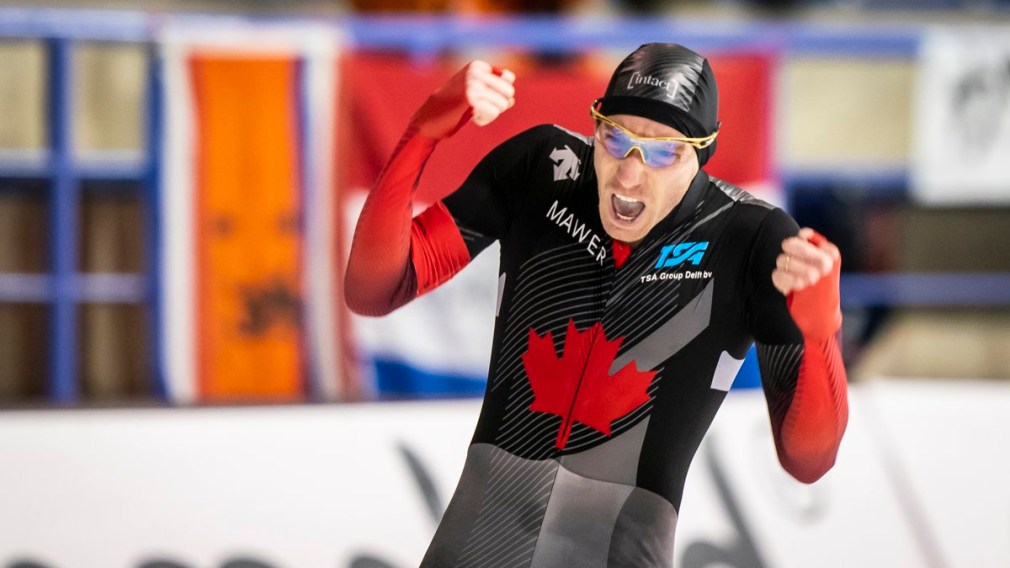 Ted-Jan Bloemen and Graeme Fish completed a double podium for Team Canada in the men’s 5000m race on the opening day of the ISU World Single Distances Championships in Salt Lake City, Utah.

Bloemen was crowned the 5000m champion after crossing the finish line in a speedy time of 6:04.375 to claim his first-ever world championship title.

He was joined on the podium by teammate Graeme Fish, who skated a personal best time of 6:06.328 to capture bronze. Dutch speed skater Sven Kramer came in second place with a time of 6:04.918.

This is the second consecutive week the two Canadians have stood beside each other on the podium. Just last week, Bloemen and Fish skated to silver and bronze respectively on home ice at the Speed Skating World Cup in Calgary.

All of the world championships action will continue through Sunday at the Utah Olympic Circle.