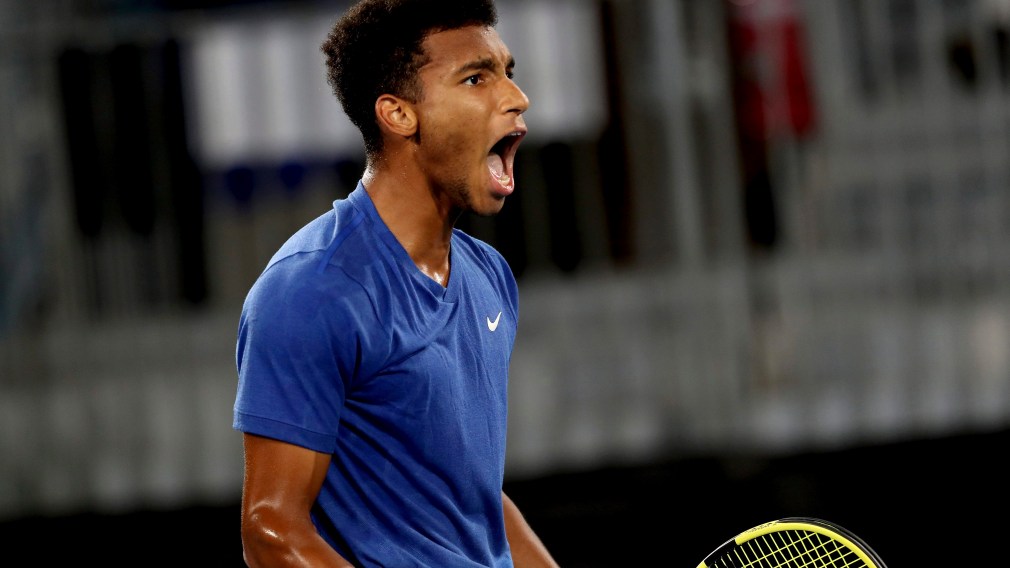 Felix Auger-Aliassime is headed to the Open 13 men’s tennis tournament final after a 7-5, 7-6 (2) semifinal win over Gilles Simon of France on Saturday.

Auger-Aliassime beat the French veteran Gilles Simon in the semifinals to advance to the Open 13 final. Auger-Aliassime ran with a comeback to win the first set. He then held serve at love to encourage the tiebreaker on Simon. Auger-Aliassime finished with five aces versus Simon’s one. The Canadian also converted two-of-six break opportunities where Simon was only one-for-three.

Another final for FAA! @felixtennis knocks out Gilles Simon 7-5, 7-6(2) to reach the @Open13 final and earn a fifth shot at his maiden ATP Tour title.

The 19-year-old and the tournament’s seventh seed will go up against defending champion Stefanos Tsitsipas in the finals on Sunday.

Tsitsipas, the second seed, is going to the finals after a 7-5, 6-3 semifinal victory against Alexander Bublik. The 21-year-old from Greece will be going for his fifth career title when he meets with Auger-Aliassime.