Katherine Surin: Lessons learned from an ordinary yet extraordinary father

Katherine Surin: Lessons learned from an ordinary yet extraordinary father 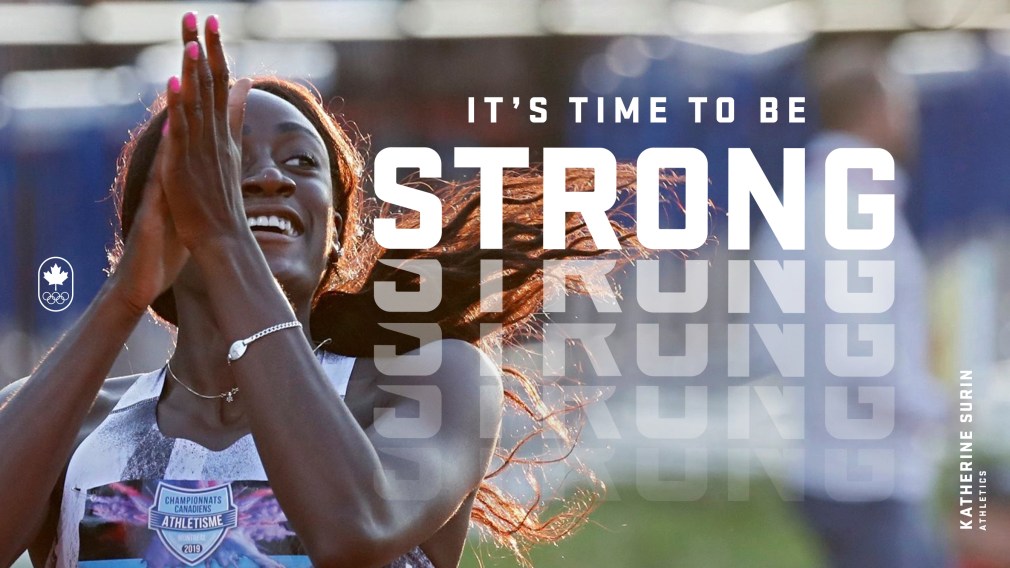 Olympic champion sprinter Bruny Surin recently shared with Olympic.ca his perspective on being the father of a high performance track and field athlete. Here, his daughter Katherine shares her side of the story as she pursues her own Olympic dream.

When I was little, I thought that it was perfectly normal that my father travelled all over the world to run. I thought all dads did the same thing.

It was only when I started elementary school that I realized that it was such a feat to step onto the podium at the Olympics and that very few people were crowned world champion multiple times. What I thought was normal was, in fact, extraordinary.

I remember all the times when, tucked into my sister’s bed, I counted the number of sleeps until my dad was back from his training camps and his competitions. His returns always felt like a celebration. He would tell us all about the competition and he always brought back souvenirs. He always made me feel like I was right by his side, helping him reach his goals. 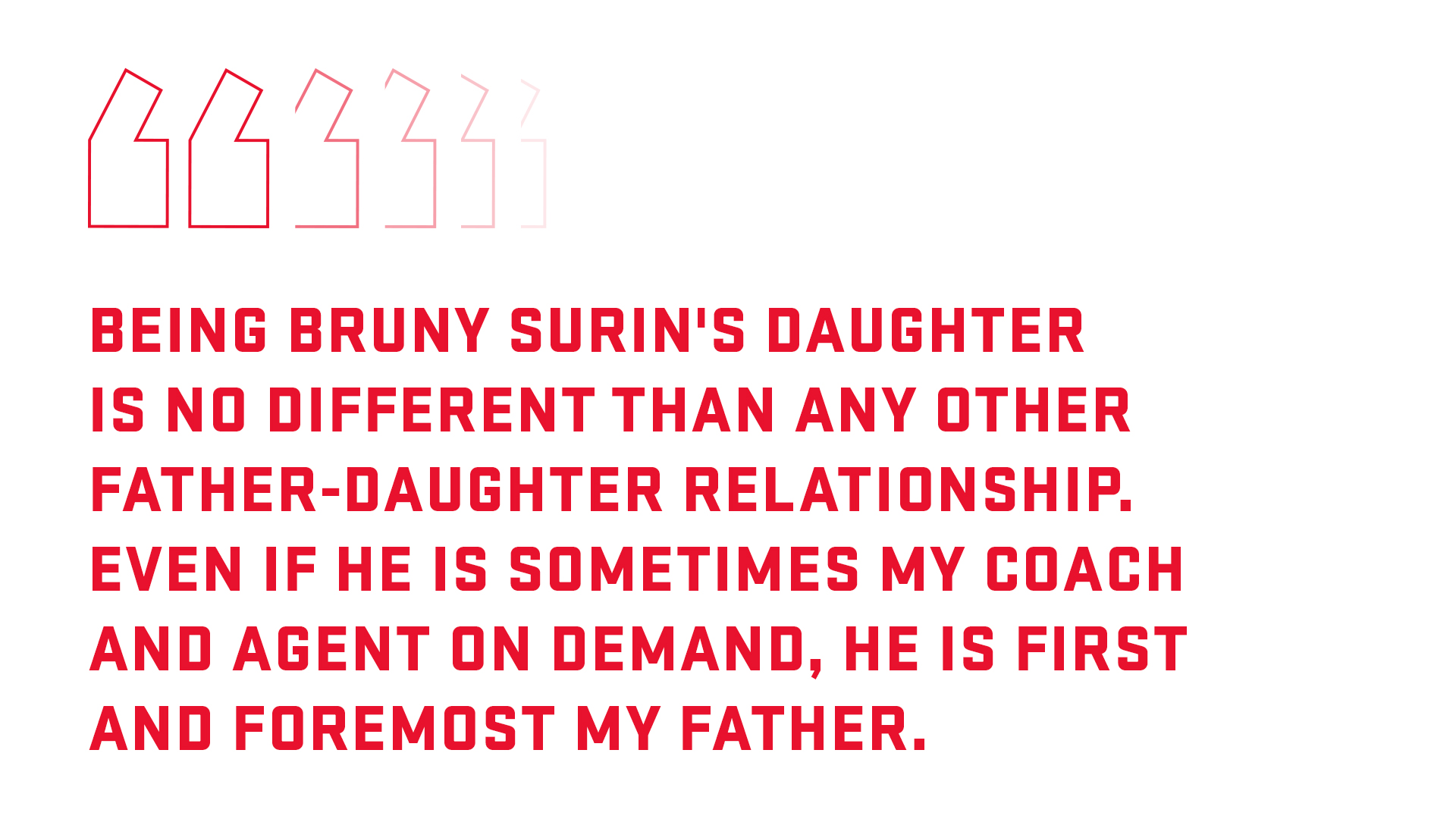 A few times, my sister and I had the chance to see him on the track. These unique experiences allowed me to understand, at such a young age, the importance of working hard to achieve my goals.

I always knew I wanted to be a track star like my father. I ran before I walked. My parents, afraid of the pressure related to my family name, preferred to start me in a different sport. So, they signed my sister and I up for tennis.

As crazy as it sounds, my favourite part of training was when we ran around the court to warm up. I still liked tennis, and it quickly became more than a hobby for me. I wanted to be the best. 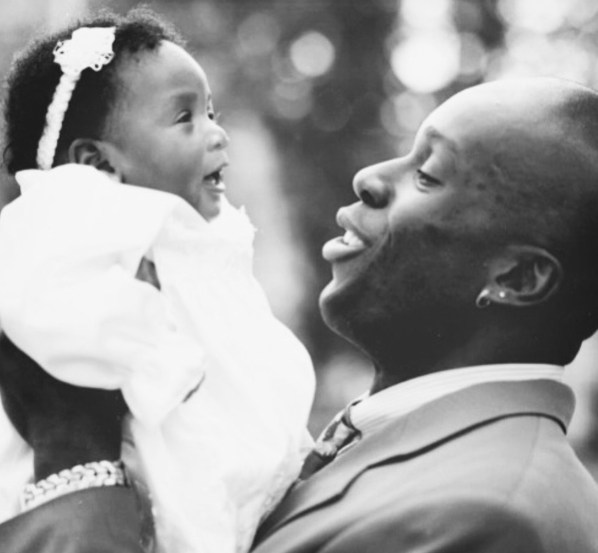 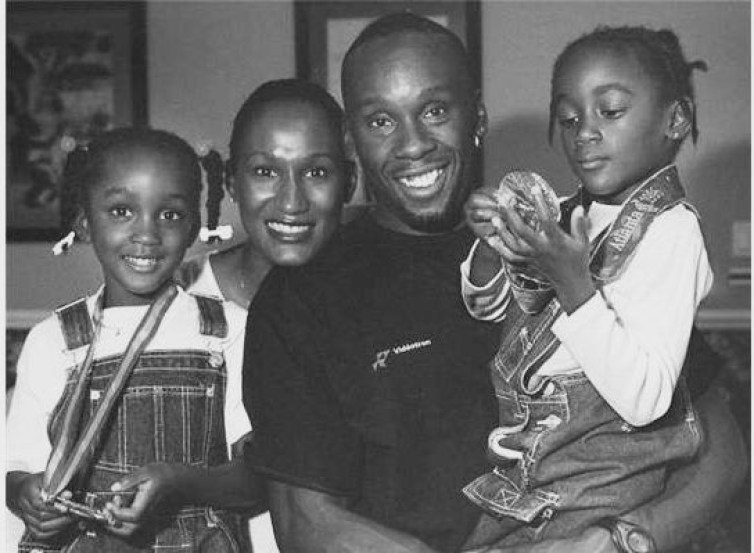 Throughout my career, I participated in a number of international tournaments that taught me so much and helped me develop the kind of discipline, endurance and determination that could be applied to all spheres of my life. After seven years on the court, I decided to turn my focus to my true passion: track and field.

This time, like the last, being just good was not in the cards. I wanted to be the best or nothing at all. I didn’t stop to think of the pressure I was putting on myself, as beneficial as it was unhealthy. I often went beyond my limits.

Training as a junior at the University of Connecticut, I had a really difficult year. I’d always dreamed of going to the Olympics, but that goal was not reflected in the results I was seeing. The motivation that had pushed me through tough practices was gone. As the season went on, my love for track diminished. I felt like I was so far from the finish line that I wanted to just give up. 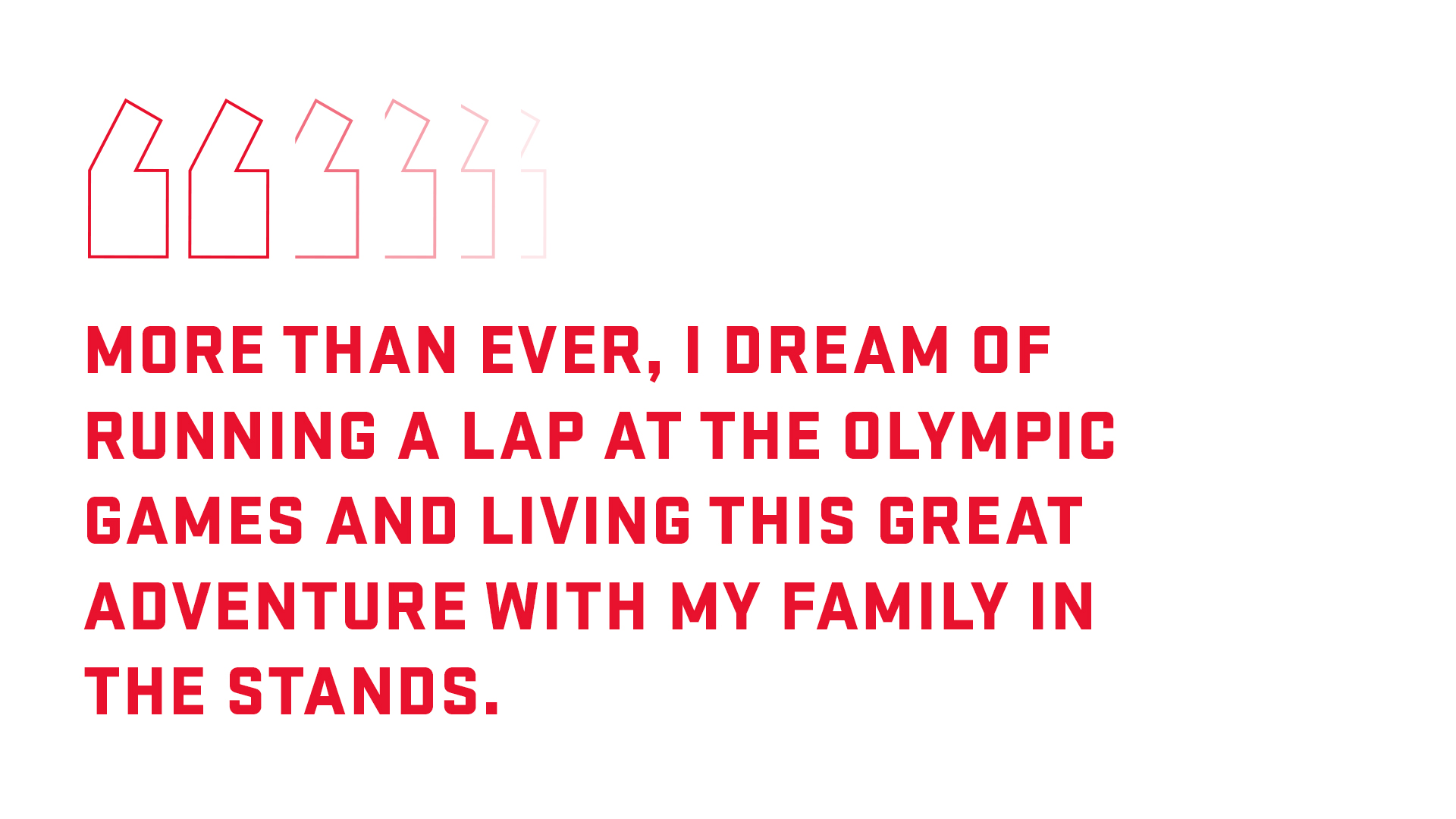 No matter where they were, my parents always tried to make it to my competitions. Even though I was happy to spend time with them, I was embarrassed that they’d come all that way to see me perform poorly. My lack of enthusiasm showed through each race, and I knew it. It didn’t take long for my dad to see right through my attitude. He explained that everything I was feeling was normal. It’s impossible to only have perfect seasons. We can’t only be extraordinary, weekend after weekend.

He told me that in 1999, after a disappointing winter season – one of the worst in his whole career – he had to content himself with a last place finish in the 60m at the World Athletics Indoor Championships final. Despite all of this, he pulled himself back up. A few months later, in the summer, he had the best performance of his life, tying the national record of 9.84 seconds in the 100m. 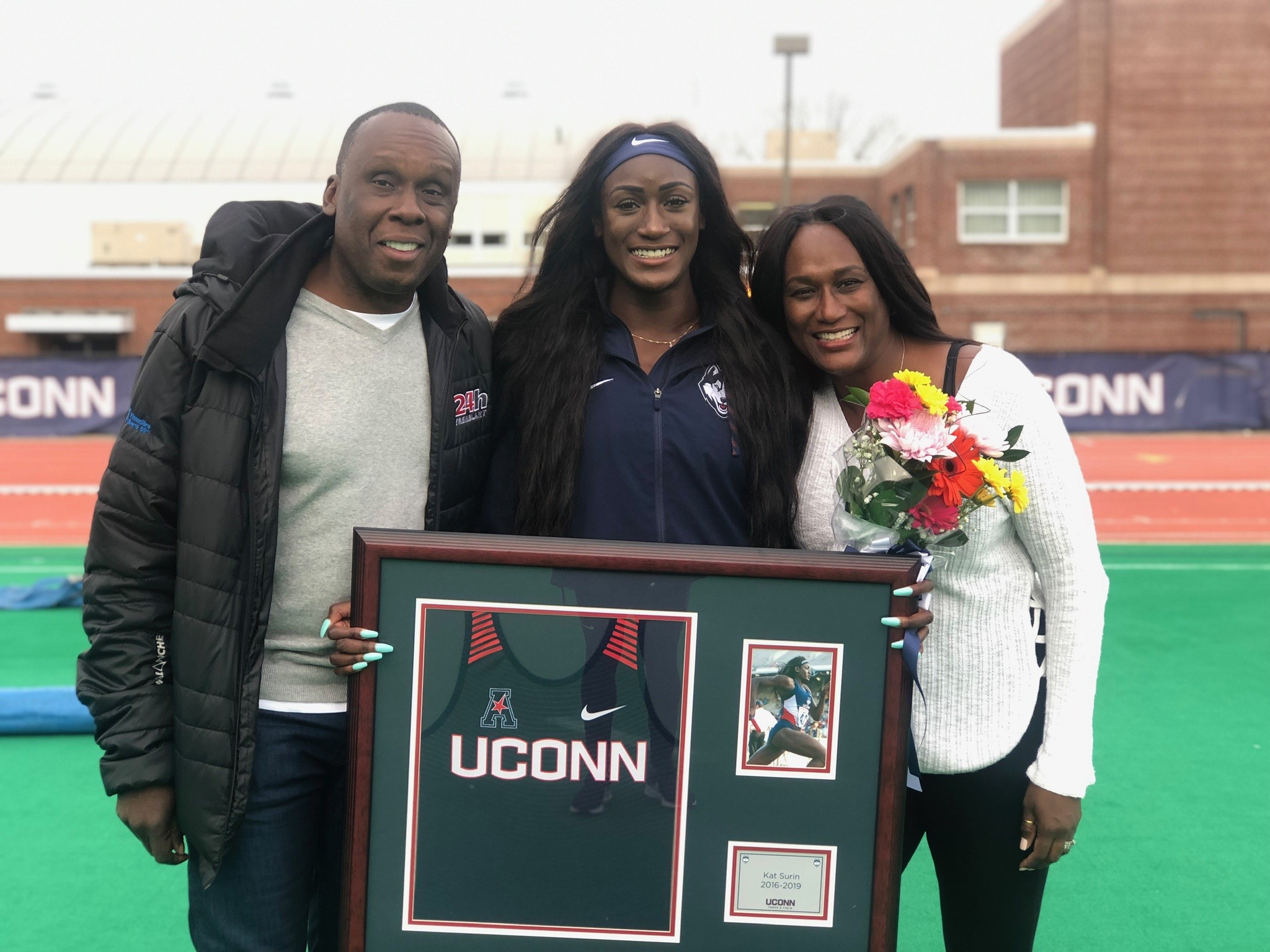 I understood at that moment that we should never let a competition and a season define us or discourage us. We should persevere and use that frustration to push ourselves to become even better.

My dad has never been one to impose himself in my sporting life. He trusts my coaches and is happy to answer any questions, but when I really need moral support, he’s always there for me.

Being Bruny Surin’s daughter is no different than any other father-daughter relationship. Even if he is sometimes my coach and agent on-demand, he is first and foremost my father. The most important lesson he’s taught me is to make sure that no matter what I take on, that I have fun.

I hope with all my heart that my friends and family are proud of me. But what I want more than anything is to be proud of myself and know that I’m doing everything I’m capable of. More than ever, I dream of running a lap at the Olympic Games and living this adventure with my family in the stands.

Katherine Surin is a Tokyo 2020 hopeful who in 2019 won bronze in the 400m at the Canadian Track and Field Championships and competed at the NCAA Division 1 Championships for the University of Connecticut. Her father Bruny is a four-time Olympian who won gold at Atlanta 1996 as a member of the 4x100m relay. He is also a two-time world champion in the 4x100m relay and and two-time world silver medallist in the 100m. He has been a co-holder of the Canadian 100m record of 9.84 seconds since 1999.