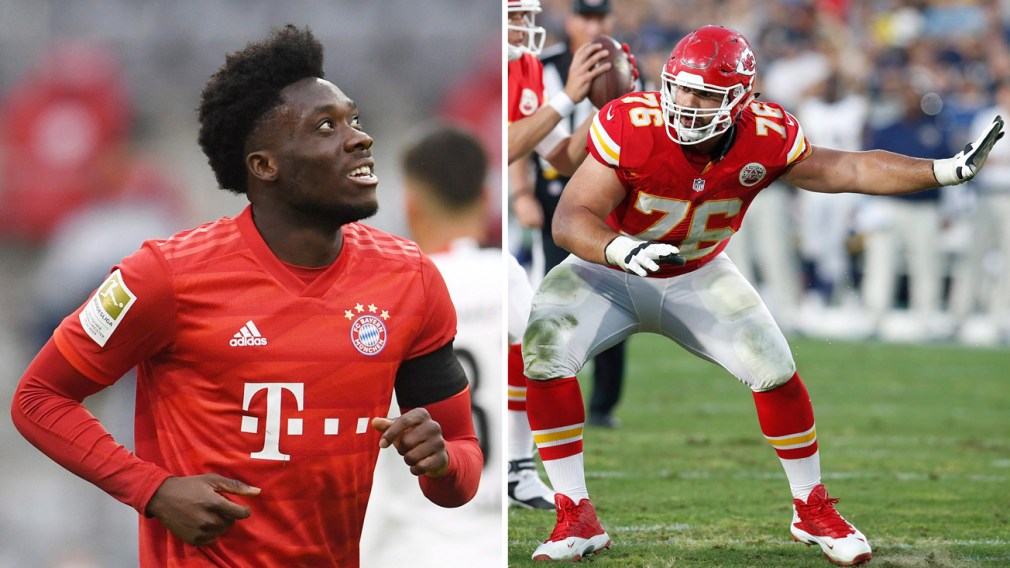 For the third time in the history of the Lou Marsh Award, there are co-winners for Canada’s Athlete of the Year.

This year has been a rollercoaster and I’m very happy to be able to share the Lou Marsh with another deserving winner @LaurentDTardif. It hasn’t been an easy year for many Canadians & we hope we were able to bring some happiness to you with our accomplishments this year 🙌🏾#AD19⚡️

RELATED: Who will be Canada’s Athlete of the Year for 2020?

At just 20-years-old, Davies became the first Canadian international man to win a UEFA Champions League title, doing so with Bayern Munich of the German Bundesliga. In June, he was named Rookie of the Year in the Bundesliga and went on to be included in the Champions League’s squad of the season. Last week, he was named Canada Soccer’s men’s player of the year. Davies immigrated to Canada with his family when he was five after being born in a refugee camp in Ghana. This year he became a Supporter of the United Nations High Commissioner for Refugees.

Duvernay-Tardif made headlines in early February as the ninth Canadian-born player (and only the fourth in a non-kicking role) to win the Super Bowl, doing so as starting right guard for the Kansas City Chiefs. A graduate of McGill University’s medical school, he deferred a $2.75 million (U.S.) salary this fall, choosing to sit out the 2020-21 NFL season to work as an orderly at a long term care facility in Quebec, which he had started doing soon after the COVID-19 pandemic impacted Canada. Sports Illustrated recently named him as one of five activist athletes they were honouring as Sportsperson of the Year.

This is the first time since 1983 that there is a tie for the Lou Marsh Award. Back then it was The Great One, Wayne Gretzky, in the early days of his career with the Edmonton Oilers and champion wheelchair racer and future Man in Motion Rick Hansen who shared the honour.