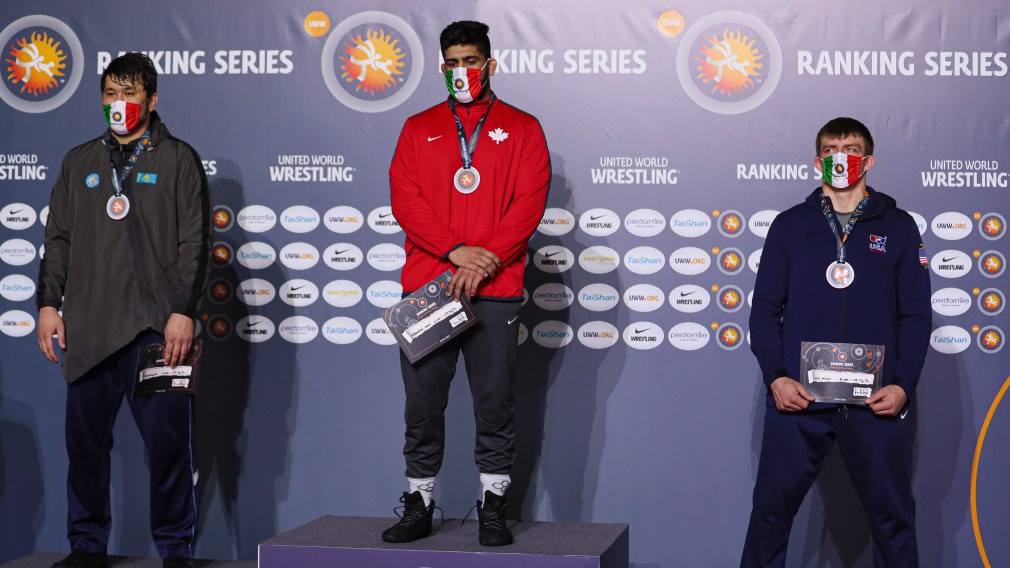 Canada is celebrating a gold medal for Amar Dhesi, silver for Diana Weicker, and bronze for Samantha Stewart at the Matteo Pellicone Ranking Series podium in Rome, Italy on Saturday.

Amar Dhesi fell to Kazakhstan’s Yusup Batirmurzaev in the final match to break his perfect score for the day. Fortunately, the 25-year-old from Surrey, British Columbia captured three of his four matches in the 125 kg round-robin to take gold.

Diana Weicker and Samantha Stewart came out of the 53 kg group and wrestled each other for the top seed. Weicker made it out with a 9-4 win.

During the women’s 53kg finals, Diana Weicker wrestled her way to a silver medal against Vinesh Vinesh of India. Canada’s Samantha Stewart defeated India’s Nandini Salokhe for the bronze medal.

The series is part of the United World Wrestling’s Ranking Series, which contributes to seeding points at the Tokyo Olympics.