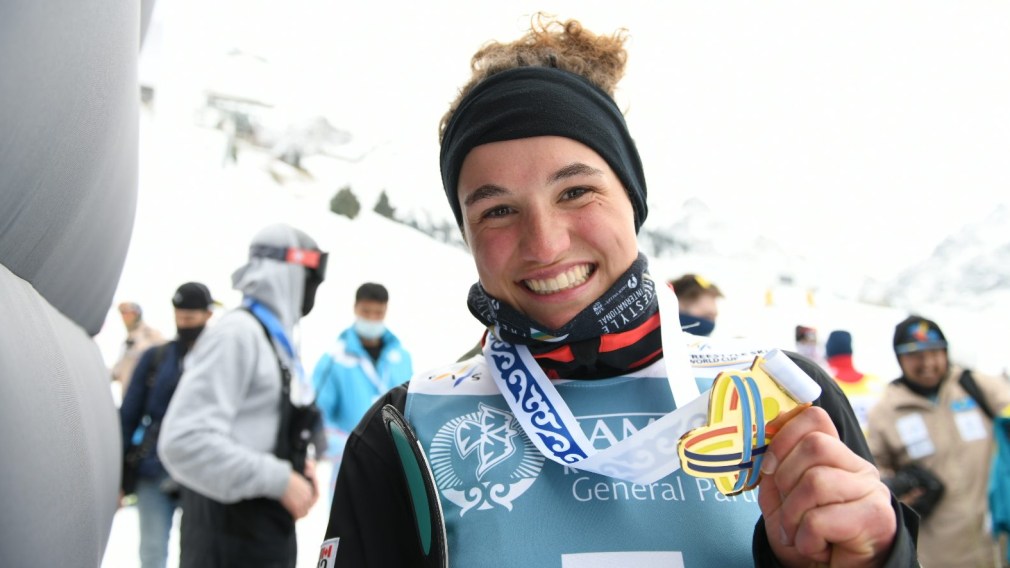 Thénault put up a score of 89.88 in women’s aerials points to win the competition. She finished ahead of Russia’s Liubov Nikitina (86.36) and host-country’s, Zhanbota Aldabergenova of Kazakhstan (84.99), who claimed silver and bronze.

Wow. What a performance from the rookie Marion Thenault today in Almaty, as the 20-year-old snagged her very first World Cup win as well as the 2020/21 Rookie of the Year award in the process. We can’t wait to see more of that next season Marion 👊 #aerials pic.twitter.com/QFo58WRlb6

Thénault has had a breakout season on the slopes. Following today’s competition, she was named the FIS Rookie of the Year after finishing third overall in the 2020-2021 season standings.

The Sherbrooke, Quebec native reached the World Cup podium for the first time this season with a bronze in Moscow.

On the men’s side, Lewis Irving earned his third bronze medal of the season in his respective aerials competition. He scored 113.28 points to reach the third step of the podium.