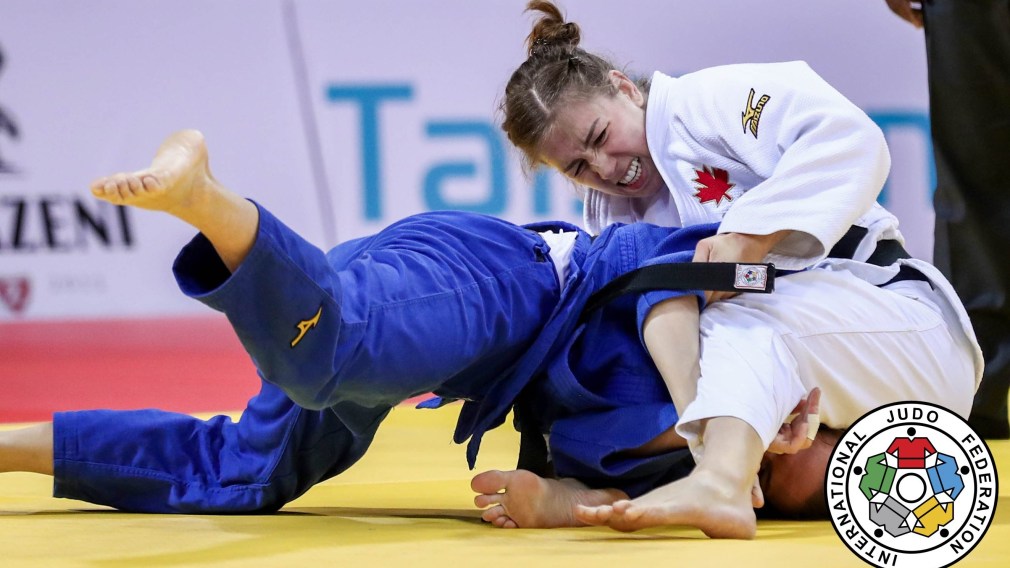 On Saturday, Catherine Beauchemin-Pinard climbed the top step of the podium while Arthur Margelidon captured silver at the Judo Grand Slam in Tbilisi, Georgia.

With this gold medal, judoka Beauchemin-Pinard claims the second Glad Slam title of her career. She had a clear round to win the gold medal in the -63 kg category. In the grand final, the Quebec native used her explosive strength to defeat her Chinese rival Yang Junxia by ippon. She went undefeated in four encounters in the competition, winning all by ippon.

Catherine Beauchemin-Pinard claims her second GS title of her career. In the Final of the -63kg category she threw Yang (CHN) for Ippon with her dynamic explosive power to secure the Gold for Canada !
——#JudoTbilisi #Judo #Tbilisi #Sport

Beauchemin-Pinard was the top ranked joduka in her class at this grand slam, currently ranking 10th in the world. Daria Davydova of Russia and Geke Van Der Berg won the bronze medal.

On the men’s side, Arthur Margelidon fell in the -73 kg final to Mongolian Tsogtbaatar Tsend-Ochir. The Canadian takes the silver medal.

The Quebec native, ranked 5th in the world, was surprised by his opponent at the very end of the fight by waza-ari. Local favourites Aleko Mamiashvili and Lasha Shavdatuashvili completed the podium.

At the end of the day, Antoine Valois-Fortier unfortunately withdrew due to an injury as he prepared to fight for the bronze medal.

These two medals bring the total count to three for Canadian judokas at the Tsibili Grand Slam.