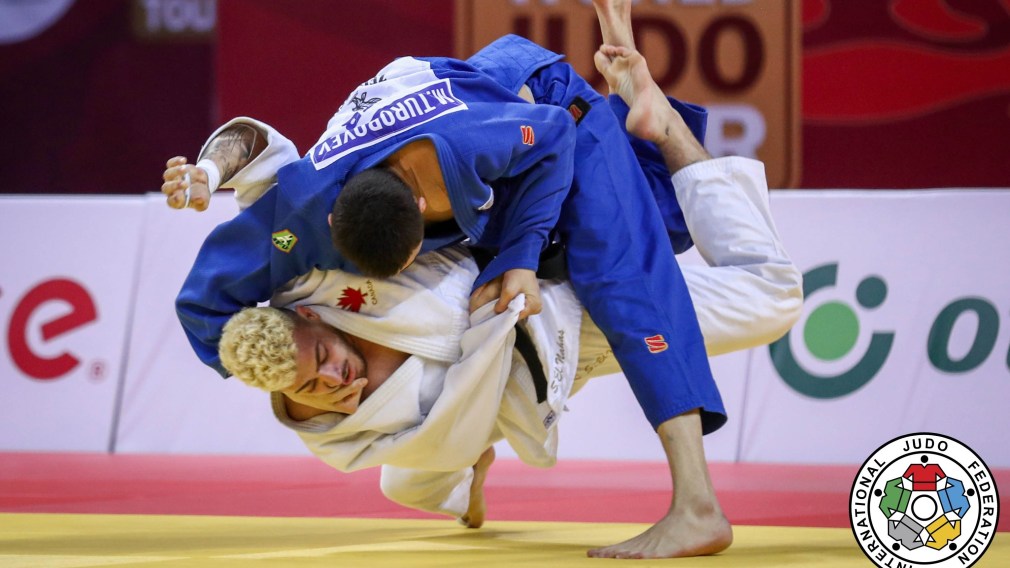 On Sunday, Shady El Nahas climbed the top step of the podium at the Grand Slam in Tbilisi, Georgia.

After winning his semifinal match against Uzbekistan’s Muzaffarbek Turoboyev, El Nahas went on to defeat Illia Sulamanidze of Georgia and clinch the -100 kg gold medal on the final day of competition. With one silver and three bronze captured at previous Grand Slam events, El Nahas secured his first gold medal at a Grand Slam on Sunday.

After an explosive -100kg Final, the eventual winner Shady El Nahas shows his respect for his opponent Georgia’s Sulamanidze to mark the end of a brilliant day’s Judo for the Canadian.
——#JudoTbilisi #Judo #Tbilisi #Sport #Olympics

The first three minutes of the final, saw the two judokas on equal footing. With approximately one minute to go, El Nahas attempted his first scoring attacks, but the score remained 0-0. With only thirty seconds left on the clock, the Canadian judoka managed to knock Sulamanidze onto his back to score a waza-ari.

Playing it safe until time ran out, El Nahas received two non-combativity penalties, but his score was high enough to secure his victory.

This is the second competition, but first Grand Slam for El Nahas this year. He previously competed at the Doha Masters in January where he finished in seventh position in the -100 kg class.

To say the least, it has been another successful weekend for Canadian judokas. Canada has captured a grand total of four medals at the Grand Slam in Georgia and finishes the weekend ranked the second nation overall. On Friday, Christa Deguchi clinched the -57 kg bronze. Then on Saturday Canada saw two more medals as Catherine Beauchemin-Pinard won gold in the -63 kg class followed by a silver medal from Arthur Margelidon in the men’s -73 kg class.