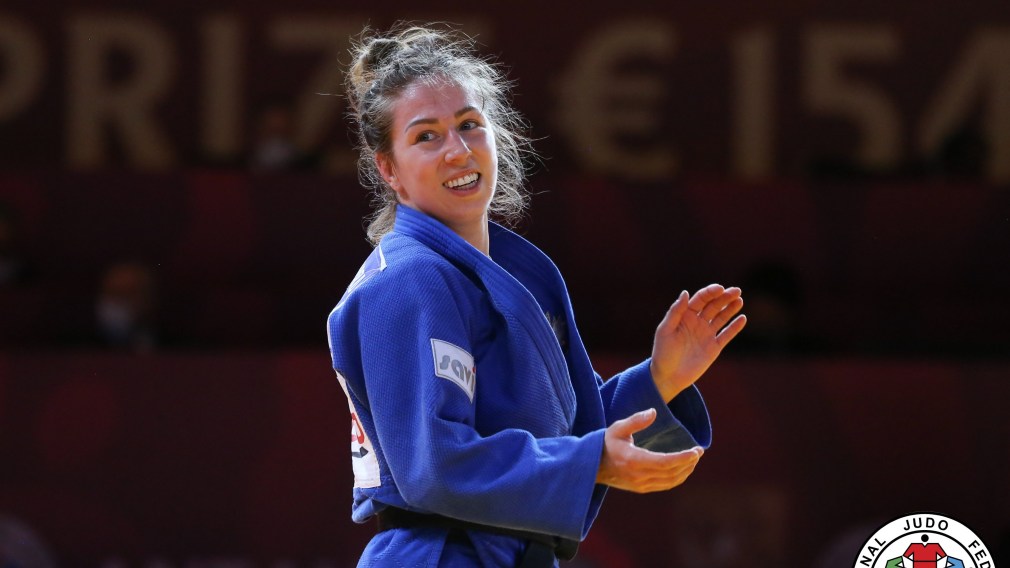 After capturing medals at the Grand Slam in Georgia last weekend, Catherine Beauchemin-Pinard and Arthur Margelidon once again reached the podium in Turkey.

In the women’s -63 kg category Beauchemin-Pinard dominated Gili Sharir of Israel to to secure a bronze medal behind, Great Britain’s Lucy Renshall and Anriquelis Barrios of Venezuela, who finished with gold and silver respectfully. Chinese Tang Jing joined Beauchemin-Pinard on the third step of the podium.

Last weekend in Georgia, Beauchemin-Pinard climbed the top step of the podium to win the second Glad Slam title of her career. In addition to her two titles, the Canadian has captured three bronze medals at Grand Slam events.

On the men’s side, Margelidon also walked away with a bronze medal in the men’s -73 kg category. He defeated his opponent, Tommy Macias of Sweden by ippon. Italy’s Fabioo Basile captured the gold medal, Turkey’s Bayram Kandemir won silver and Victor Sterpu joined the Canadian on the third step of the -73kg podium.

Last week at the Grand Slam in Tbilisi, Georgia, Margelidon won silver in the -73 kg weight class. To date, he has captured three silver medals and two bronze medals at Grand Slam tournaments.

These medals come in addition to those achieved by Canadian judokas Christa Deguchi and Jessica Klimkait on Thursday. The pair met in an all Canadian final. Deguchi walked away with gold while Klimkait took silver in the -57 kg category.

The Grand Slam continues on Saturday April 3 in Antalya, Turkey.