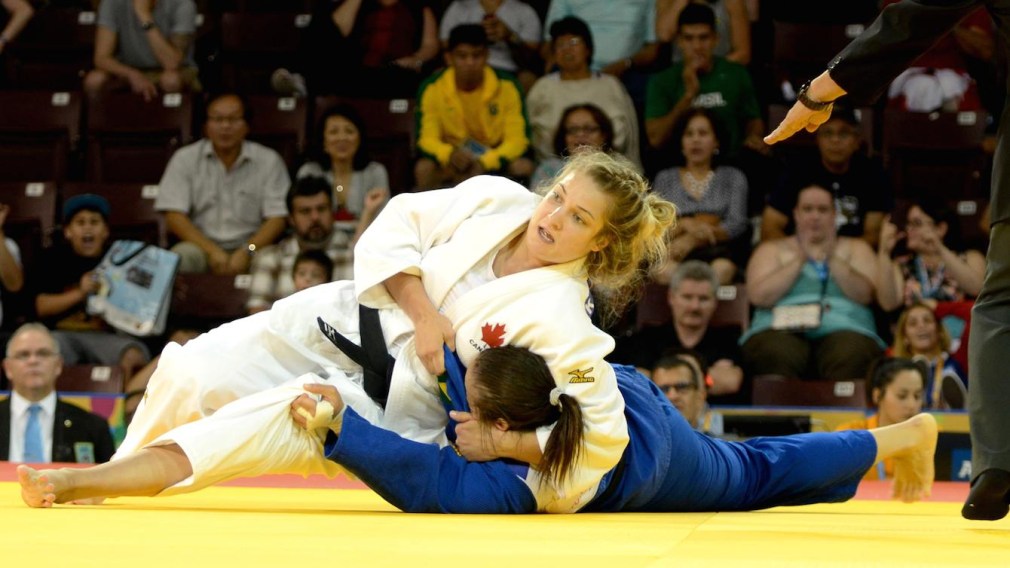 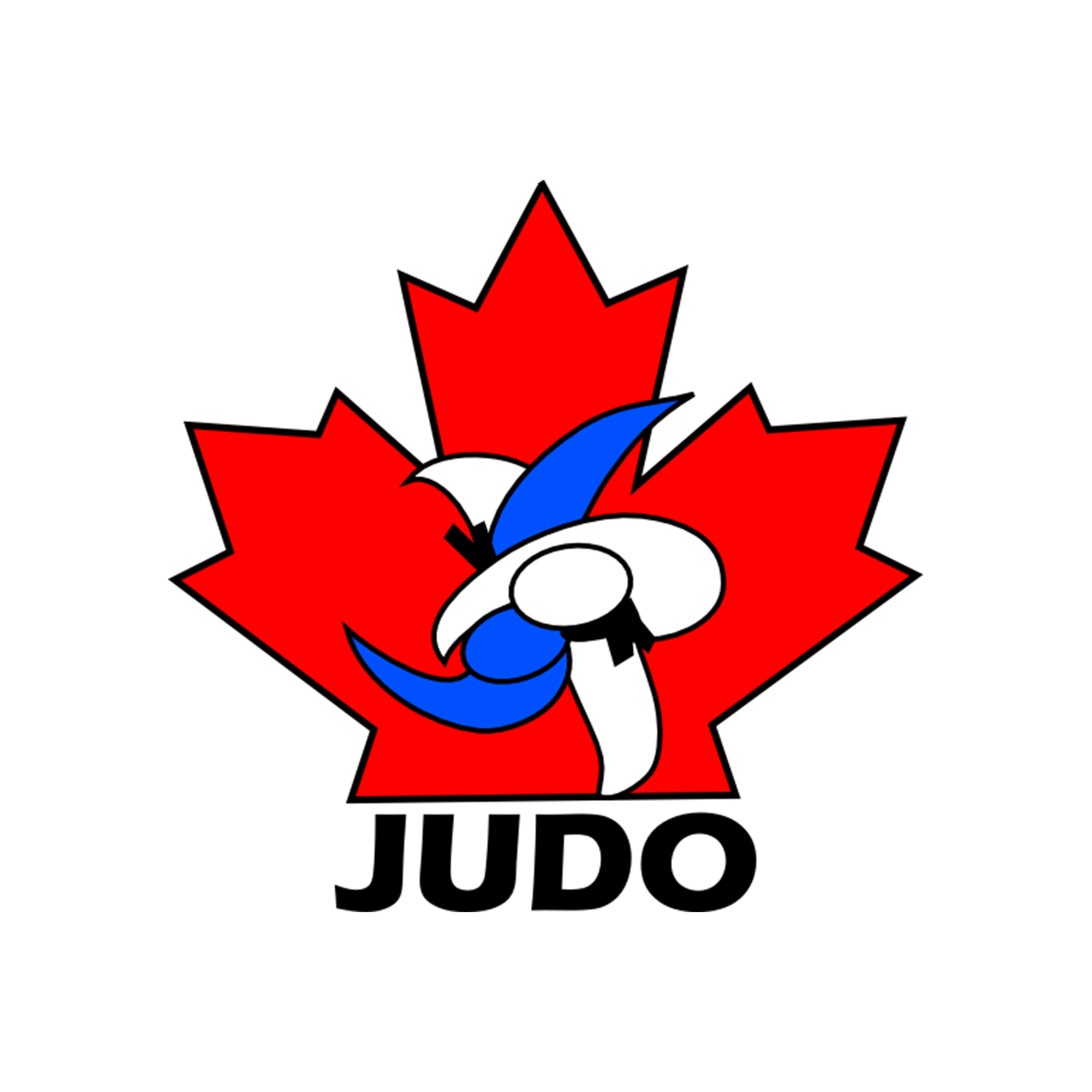 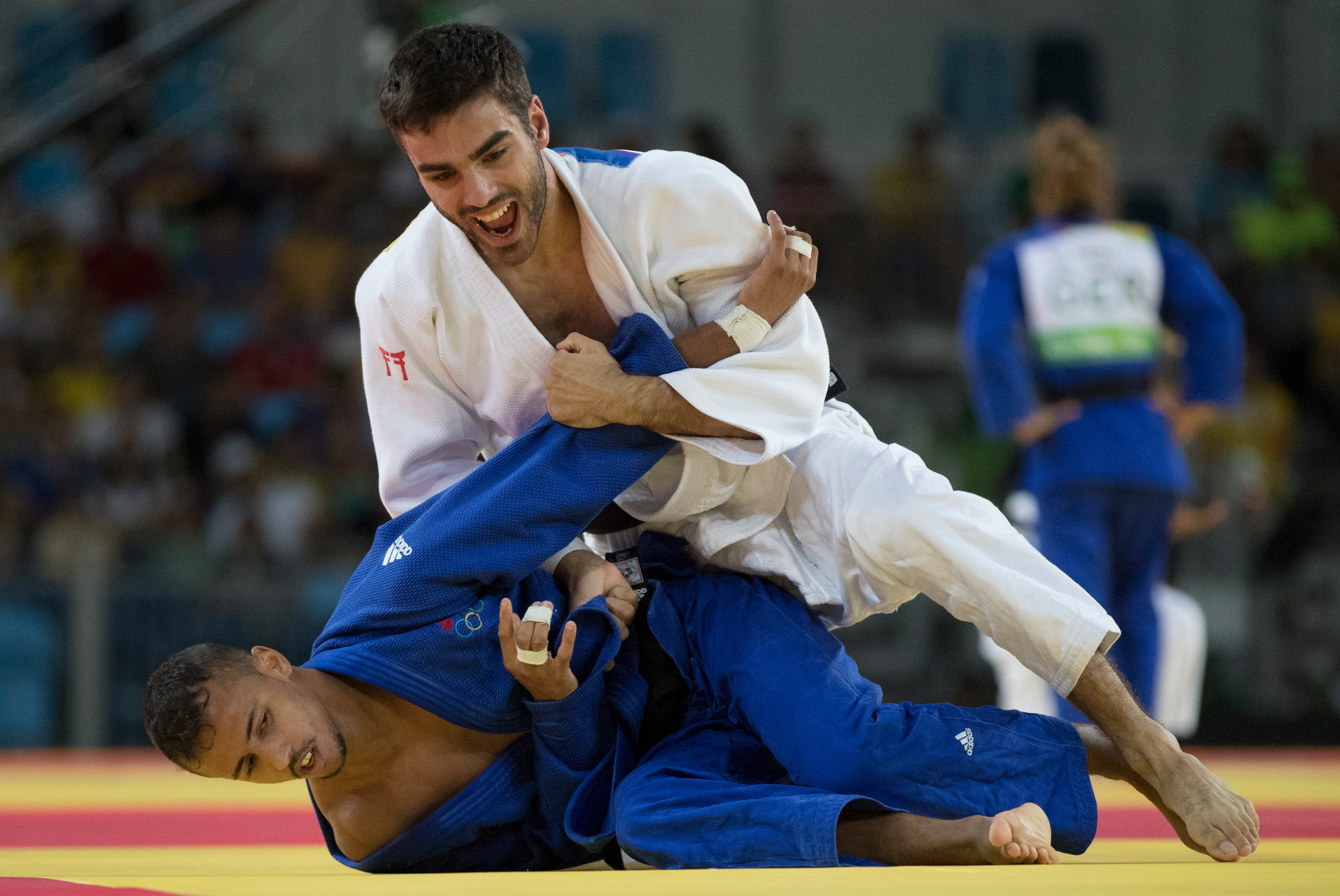 Judo was built on three major techniques: throwing (with hand, hip, foot, half-body, and full-body), groundwork (holds, strangulation, locks), and striking (of the upper and lower limbs). The aim in judo is to control the opponent. To do so, athletes apply principles of balance and leverage to throw opponents to the mat on their backs, immobilize opponents on any part of their backs, apply arm-locks to the elbow and choke opponents while avoiding any action that might injure the neck or spine. There is no kicking or punching in judo. 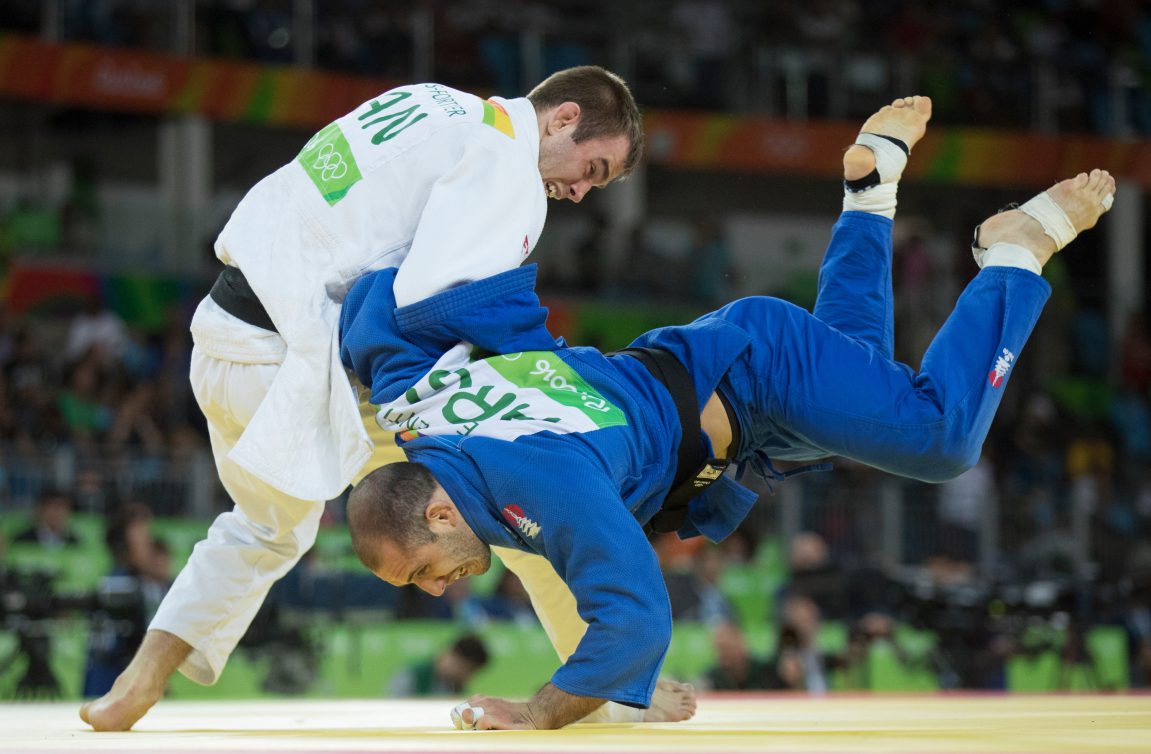 All matches are four minutes long with no designated rest periods, but the clock will stop during breaks in action to ensure that the athletes compete for the full four minutes. In a change since 2016, points are now only evaluated as ippon or waza-ari. Ippon is awarded when a judoka throws their opponent on the back, applying a technique or countering the attacking technique with maximum efficiency. There are four criteria for ippon: speed, force, on the back, skillful control until the end of the landing. If those four criteria are not fully achieved, waza-ari is awarded. Two waza-ari are equal to one ippon. A 10-second immobilization is scored as waza-ari but a 20-second immobilization is ippon. Once ippon has been given, the match is over.

In each weight class, competitors are divided into four pools by draw, although the top eight ranked judokas in each category are seeded to ensure they do not face each other until the round of 16. The four judokas who lose in the quarterfinals get a second chance at the podium through the single-elimination repechage. The winners of the two repechages face the losing semifinalists in the two bronze medal matches while the winning semifinalists compete for gold and silver. 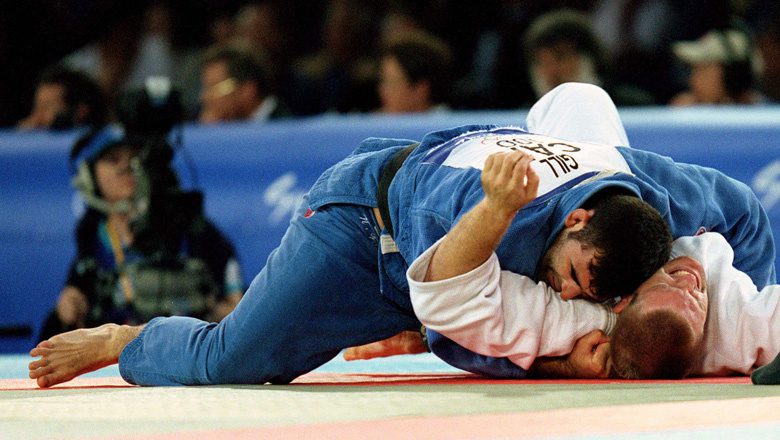