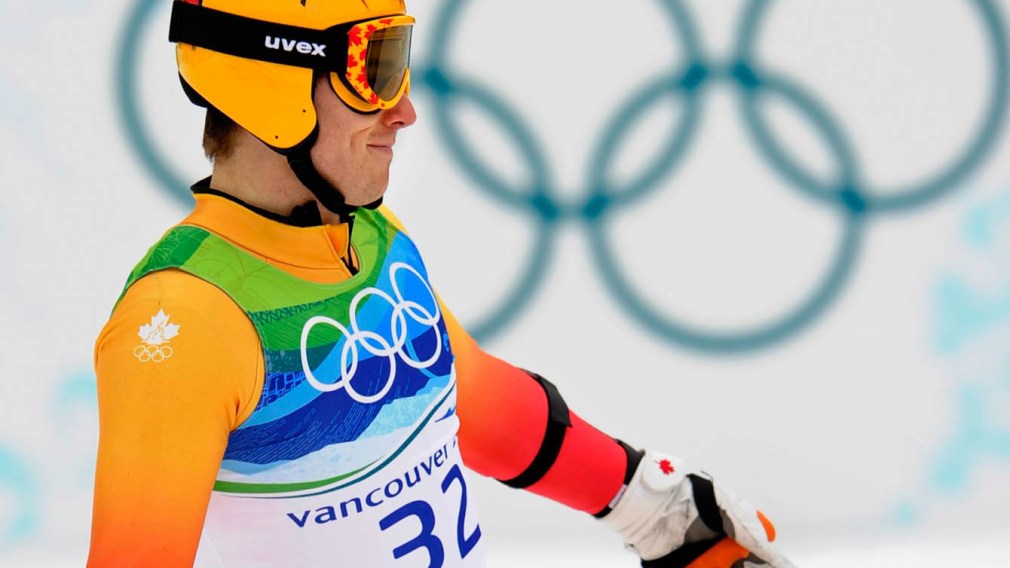 Brad Spence was 19 when the IOC announced in July 2003 that Vancouver would host the 2010 Olympic Winter Games. He immediately decided he would do whatever it took to be on the Canadian team for the home Games. What that eventually included was coming back from a career-threatening injury that took him out of competition for nearly three years.

During the World Cup downhill in Bormio on December 29, 2005 Spence crashed and ended up with a broken tibia and fibula as well as a torn ACL and MCL in his right knee.  He returned to competition in December 2008 and got back on the World Cup circuit in February 2009.  After the crash, Spence became a technical specialist, competing in slalom and giant slalom.  He earned his spot on the 2010 Olympic team with career-high 12th place finishes in the slalom at Alta Badia (December 2009) and Kitzbuehel (January 2010).

Spence’s Olympic debut was eventful.  Stuck on a gondola, he made it to the start gate for the giant slalom with just eight racers to go before him and went on to finish 42nd.  But instead of being nervous about his first Olympic race, he had something else to focus on. Hoping for a top-10 result in the slalom, he fell about halfway through his first run and did not finish.

Spence had his most consistent season in 2011-12 when he finished in the top 30 in nine of the 10 World Cup slalom races.  He underwent more surgery in March 2012 to repair damaged cartilage in his right knee after battling pain all season.  After 274 days of being sidelined, he returned to the slopes and earned another trip to the Olympic Games at Sochi 2014. There he wore a helmet featuring a design by 17-year-old Gillian O’Blenes who was undergoing chemotherapy for osteosarcoma.

Getting into the Sport: Started skiing at age eight when his brother decided he wanted to try it so both boys were put into lessons… Initially hated skiing and would pretend to be sick so he could stay at home with his grandmother…School: Graduated from the National Sports School in Calgary… While out of competition due to injury in 2006 he attended the University of Calgary in the Faculty of Humanities…  Outside Interests: Grew up on a ranch near Calgary… Enjoys boating, fishing and horseback riding… Teaches yoga… Involved with the Branch Out Foundation which was founded by two of his good friends with a focus on neurological disorders … Loves cooking and has started gardening so he can grow his own healthy food… Very Special Sponsor: In January 2012 he made headlines when he bore the name of 8-year-old Gage Ferguson as his headgear sponsor at the World Cup in Wengen… Ferguson gave Spence the $149.39 in his piggy bank for the one-day sponsorship and was flown to Switzerland to see the race by Alpine Canada sponsor KLM Airlines… Ferguson was given special permission by FIS to watch Spence race from the finish area… Spence donated the money to the Branch Out Foundation… Odds and Ends: Childhood idol was Thomas Grandi for his results and attitude towards skiing… If he trains well the day before a race he will wear the same long underwear and socks for the race… Has known he wanted to be an Olympian since watching the Calgary 1988 Opening Ceremony on his grandmother’s TV when he was four while his parents volunteered at the Games… Favourite Olympic memory is putting on the Canadian team jacket for the first time… Always travels with his yoga mat and extensive loose tea collection… Favourite motto: “When the going gets tough, the tough get going.”