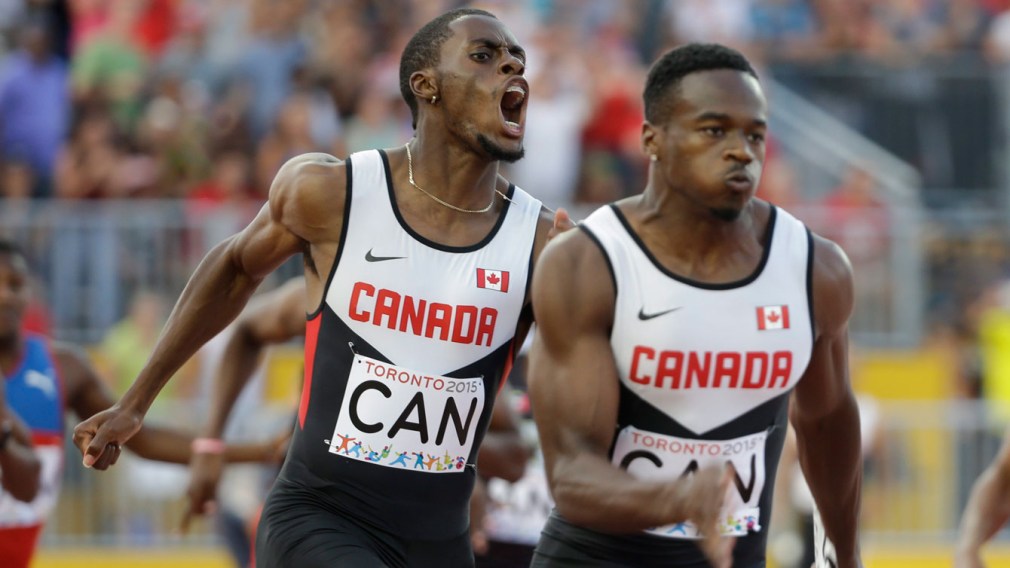 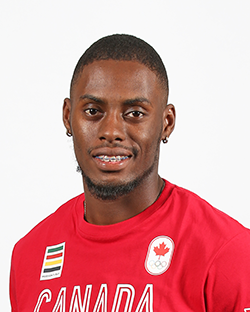 Brendon Rodney made his Olympic debut at Rio 2016 where he ran the third leg of the 4x100m relay that broke a 20-year-old national record to win bronze. He also competed in the 200m after winning the event at the 2016 Canadian championships. In 2017, he was the national silver medallist in both the 100m and 200m. Rodney previously won the 2014 Canadian title in the 200m after finishing fourth at the national championships in 2013. He won silver in the 200m at the 2015 Canadian Championships before going on to compete at the Pan Am Games in Toronto where he missed advancing to the 200m final by one spot. He was also a member of the 4x100m relay team that appeared to have won Pan Am gold, only to be disqualified for a lane violation. Rodney made his IAAF World Championship debut in 2015, running the third leg as Canada won bronze in the 4x100m relay. He also ran a personal best 20.18 seconds while advancing to the semifinals in the 200m. He returned to the IAAF World Championships in 2017. His previous multi-sport competition experience includes the 2013 Summer Universiade where he finished fifth in the 200m while helping Canada win silver in the 4x400m relay. He also competed at the 2014 Commonwealth Games in Glasgow. Rodney was a second team All-American after finishing 13th in the 200m at both the indoor and outdoor NCAA Championships while representing the LIU Brooklyn Blackbirds in 2013.

A LITTLE MORE ABOUT BRENDON

Getting into the Sport: Always wanted to be a professional athlete… Started running track at age 17 because he was fast… Outside Interests: Enjoys playing Xbox and board games with teammates… Earned a Masters of Science in Exercise Science at Long Island University-Brooklyn in 2016… Works as a physiotherapist…Odds and Ends: Nickname: Buckky… Race day routine includes playing music and dancing…