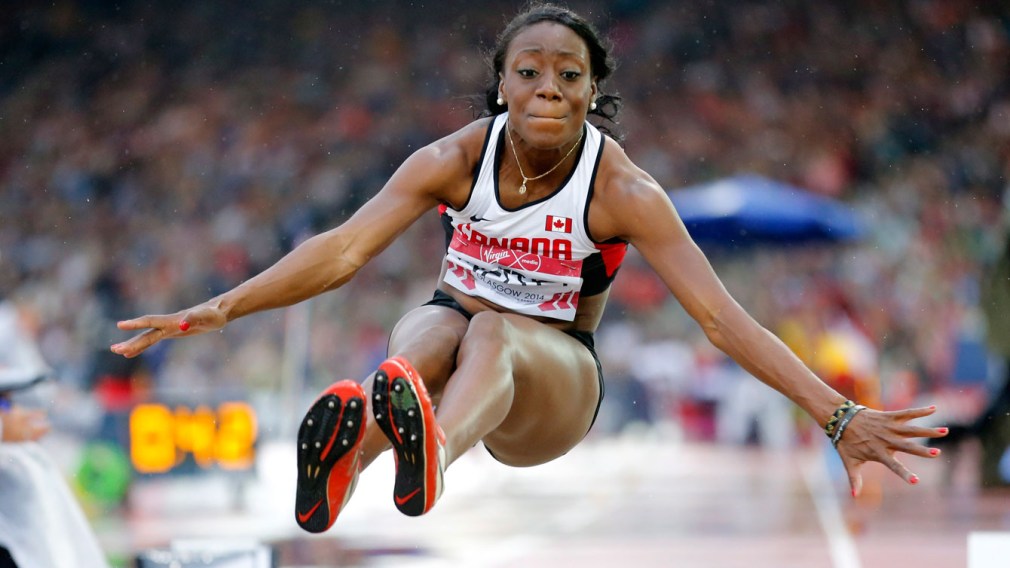 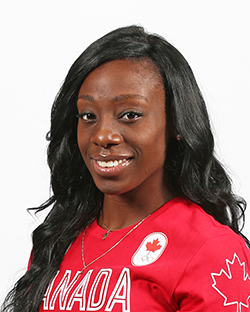 When Christabel Nettey was a young track and field athlete, she would watch the Olympic Games or other high profile events on TV and dream of being the person out there competing for Canada while the world watched. She made her first Canadian team at age 14 when she competed at the 2007 IAAF World Youth Championships in long jump and 100m hurdles. The excitement of making that team motivated her to work hard so that one day she could compete on the biggest stages. In 2013 she finished second at the NCAA Championships while attending Arizona State University. She went on to in bronze at the 2014 Commonwealth Games. In 2015 she set the Canadian record, both indoors and outdoors, at 6.99m. The outdoor mark came in her second-place finish at the Prefontaine Classic in late May, a Diamond League event. Nettey won gold at the 2015 Pan Am Games with a long jump of 6.90m, beating second place by more than 20cm. She went on to post a career-best result at the IAAF World Championships in Beijing, finishing fourth with a leap of 6.95m that was just 6cm shy of the podium. Battling a season-long groin injury, Nettey made her Olympic debut at Rio 2016. She won gold at the 2018 Commonwealth Games in Gold Coast before going on to win her sixth straight national title.

A LITTLE MORE ABOUT CHRISTABEL

Getting into the Sport: Started in track and field at age 10… A teacher at her elementary school suggested to her parents to put her sister in a track club because she was beating all the boys in sprinting at school, so they enrolled her too… Wasn’t that good at the start but had fun at practice and meeting friends so she stuck with it… Outside Interests: Graduated from Arizona State University in 2013… Odds and Ends: Right shoe always goes on before left… Always keeps her bib numbers from her meets…