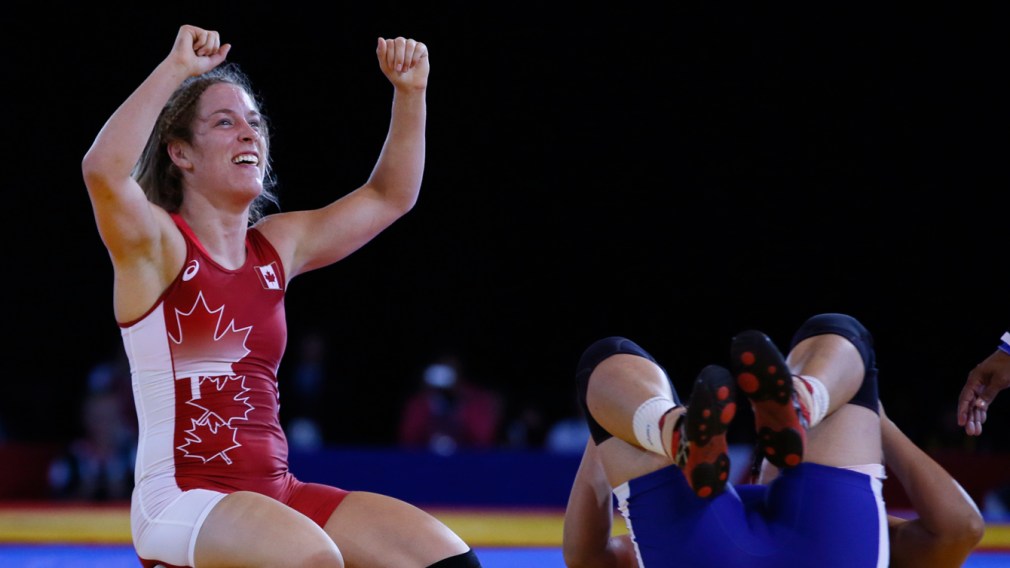 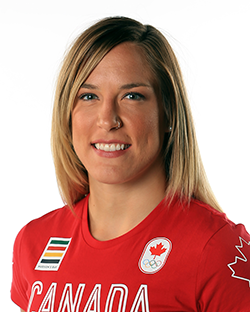 Danielle Lappage made her Olympic debut at Rio 2016 but unfortunately sustained a ruptured hamstring while warming up for her opening match, putting an early end to her Games when she was forced to forfeit. She had doubts she would be able to wrestle again, but with a lot of physical and mental therapy and by taking the time necessary to make a full recovery, she came back better than ever.

Returning to international competition in 2018, she moved up to the 68kg weight class for most of the year and didn’t miss the podium in any international tournament she entered. The biggest highlight was a silver medal at the UWW World Championships (where she competed at 65kg), but she also won 68kg silver at the Commonwealth Games and captured gold medals at the Klippan Lady Open, International Ukrainian Tournament, Canada Cup, and Poland Open.

In 2019, Lappage stood on six international podiums and in March 2020 she qualified for her second Olympic Games by winning the 68kg weight class at the Pan American qualification event. Following the postponement of Tokyo 2020, Lappage underwent her second ACL reconstruction in August 2020 and endured more rehabilitation.

Lappage achieved the first major international highlight of her career in 2010 when she was crowned world junior champion at 63kg. In 2012 she captured a bronze medal at the World University Championships. Lappage was first exposed to international multi-sport competition in 2013 when she won gold at the Jeux de la Francophonie and competed at the Universiade, placing 11th.

As national champion in 2014, Lappage won gold at the World University Championships, the Commonwealth Games and the Austrian Ladies Open. She also made her debut at the senior world championships where she finished in the top eight. But a month later, she tore her right ACL and had to undergo reconstructive surgery in November 2014, leading to a long recovery period. After just one international competition in late 2015, Lappage started 2016 with a gold medal at the Olympic test event in Rio and added another tournament win in May at the Grand Prix of Germany.

A Little More About Danielle

Getting into the Sport: Started wrestling at age 13 because it was offered at her middle school and she tried every sport available… Finding success from the get-go kept her in wrestling because she loved winning… Started focusing on it in Grade 10 when she won nationals and thought that if she really committed to it she could get to the Olympics… Entered her first international competition in 2006… Outside Interests: Earned Masters of Arts in Criminology at Simon Fraser University in September 2015… Earned Bachelor of Arts in Criminology at SFU in 2013… Began Law School at the University of Calgary in 2017…  Enjoys watching movies, eating good food, hiking and travelling… Odds and Ends: Nicknames: Dan, Dani, Dan the Man… Had her Olympic dream sparked by watching gymnastics at the Games on TV as a young girl… Watching Carol Huynh win gold at Beijing 2008 inspired her to dream big… Favourite motto: “Not everyone gets the opportunity to be stressed by the potential to achieve extraordinary things”… Always does a double low five to her coach before each match…