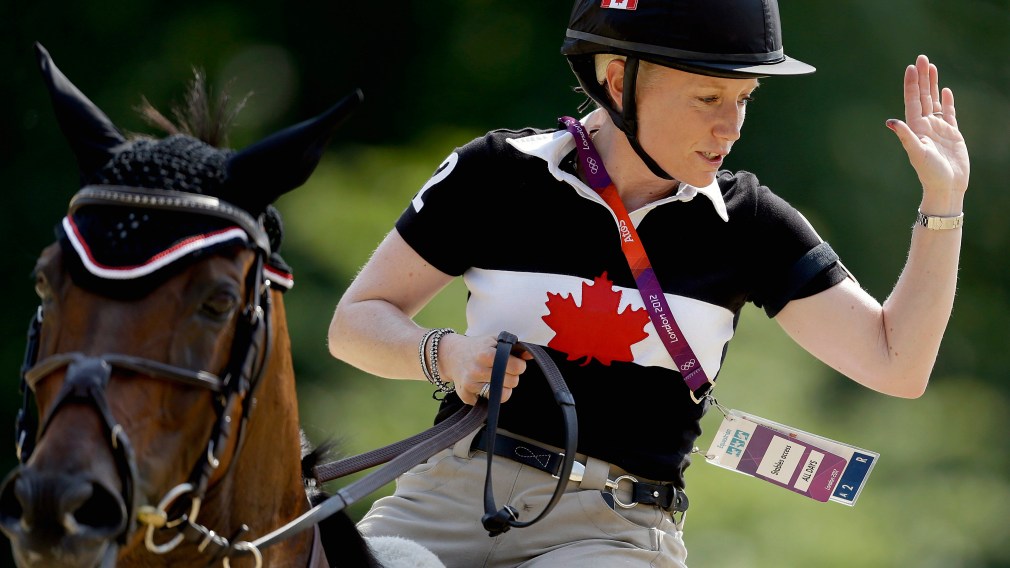 Equestrian Hawley Bennett-Awad competed in her second Olympic Games in 2012 and was part of the eventing team that placed 13th in London. She also competed individually, but was eliminated.

Bennett-Awad was a member of Canada’s silver medal team at the 2010 World Equestrian Games in Lexington, Kentucky and placed 17th individually.

She has been a key member of the Canadian eventing team since 2003.

At the 2004 Summer Games, she and mount Livingstone represented Canada in Athens, Greece. The pair continued to amass international experience and placed 15th at the 2005 World Cup in Sweden, completed the 2007 CCI**** Badminton in UK and, in 2008, completed the CCI**** Rolex Kentucky three day event for the fourth time.

Following Livingstone’s retirement, Hawley has continued to excel with horse Gin & Juice, who was her winning partner at the 2009 CCI*** Bromont Three Day event. In 2010, the pair delivered an impressive performance at the CCI**** Rolex Three Day event, finishing ninth.

Bennett-Awad trains at Kingsway Farm in Temecula, California and is coached by Buck Davidson.