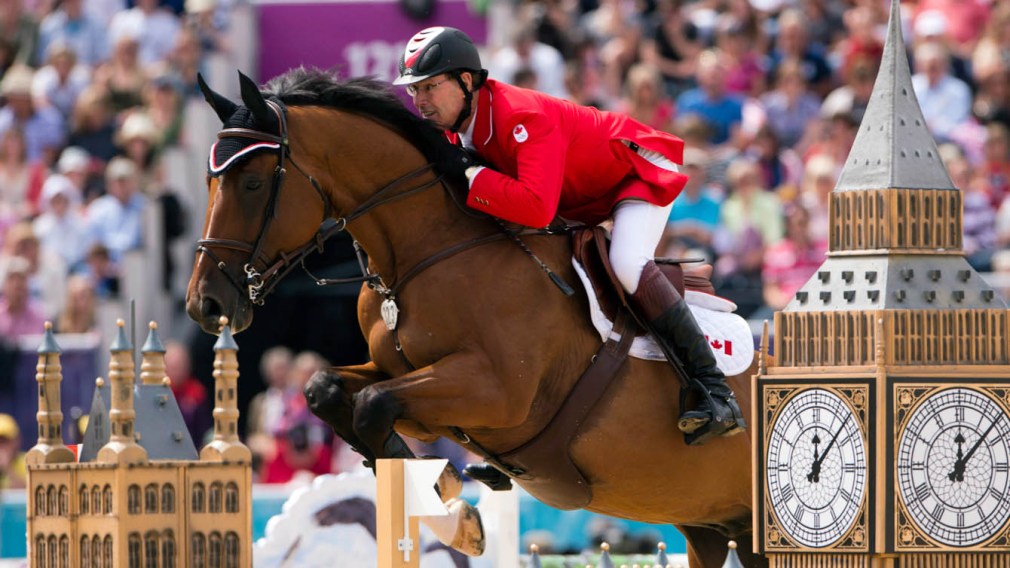 At London 2012, Ian Millar set a record by becoming the first athlete in any sport, from any nation, to compete in 10 Olympic Games. It was in London that he achieved his best-ever individual Olympic performance with a top-10 finish riding Star Power. Millar captured his first Olympic medal at Beijing 2008, taking silver in the team event at age 61. First named to the Canadian Equestrian Team in 1971, Millar made his Olympic debut at Munich 1972 and competed at each Games thereafter, aside from the boycotted Moscow 1980, for which he was named to the team.

Millar’s Pan American Games record is also impressive with 10 medals won, including two individual gold and two team gold, in 10 Pan Am appearances. In 1988 and 1989, Millar and legendary partner Big Ben became the first-ever horse and rider combination to win back-to-back World Cup Finals. At the end of the 2014 season, Millar became a nine-time Canadian show jumping champion riding Star Power. The title came hot on the heels of Millar’s victory in the $1,500,000 CP International with Dixson, one day after the pair led Canada to the win in the $300,000 BMO Nations’ Cup at the CSIO5* Spruce Meadows ‘Masters’ tournament. The most decorated equestrian in Canadian history, Millar is a member of the Order of Canada, the Canadian Sports Hall of Fame, the Ontario Sports Hall of Fame, and was awarded an honourary doctorate by the University of Guelph.

A little more about Ian…

Family: Children Amy and Jonathon are also show jumping athletes who compete at the international level… Amy made her Olympic debut at Rio 2016… Getting into the Sport: Began riding at age 10… Outside Interests: Owns a commercial/ residential development in Smiths Falls, Ontario… Odds and Ends: Dubbed ‘Captain Canada’ by his fans… Competed with a broken hand at Sydney 2000… Favourite quote: “There is no ‘I’ in team.”