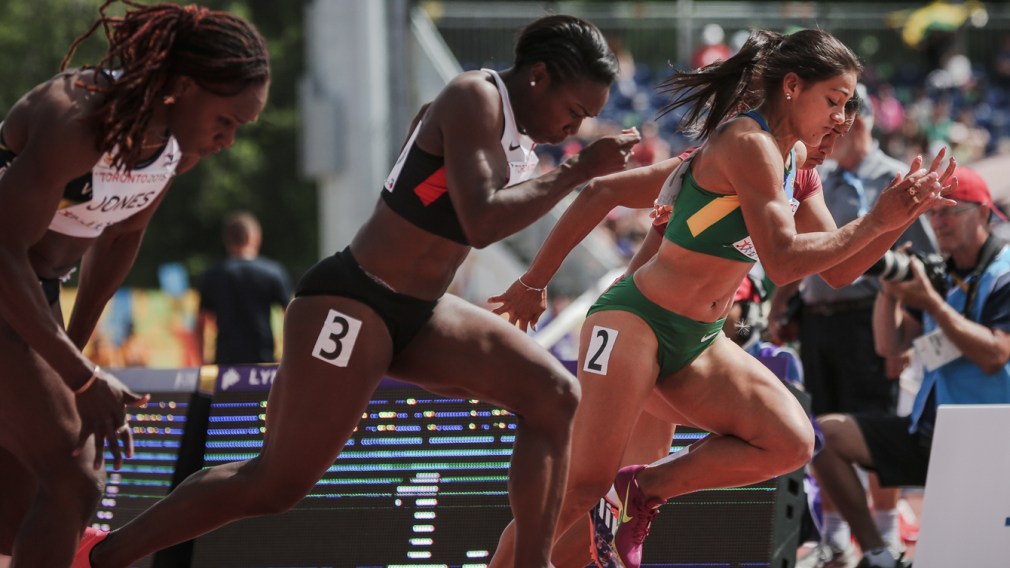 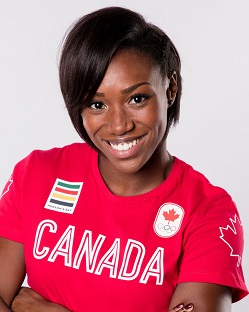 Khamica Bingham made her Olympic debut at Rio 2016 where she anchored the 4x100m relay team to a sixth place finish, in what was Canada’s first Olympic final in the event since Los Angeles 1984. She missed advancing to the 100m semifinals by just one place. Bingham had enjoyed a stellar 2015 season. She anchored the 4x100m relay that broke the national record at the 2015 IAAF World Relays, running 42.85 seconds to finish fourth and qualify Canada for Rio 2016. As national 100m champion, she went on to anchor the 4x100m relay to bronze at the Pan Am Games in Toronto where she also finished sixth in the 100m, posting a personal best time of 11.13 seconds. She was also the anchor on the 4x100m relay that repeated their sixth place finish at the IAAF World Championships with a national record 42.60. Bingham was the only Canadian, male or female, to qualify for a 100m final at the 2014 Commonwealth Games, coming back from a debilitating stomach virus at the height of her season. She won three gold medals at the 2014 CIS Championships, winning the 60m in meet record time, the 300m and the 4x200m relay. Bingham just missed the podium in the 100m by 0.01 seconds at the 2012 IAAF World Junior Championships, finishing fourth one year after placing fifth at the IAAF World Youth Championships.

A LITTLE MORE ABOUT KHAMICA

Getting into the Sport: Began running track at age 15… Had been a national level gymnast but when her parents couldn’t financially keep her in that sport, she joined a former teammate who had also turned to track… Olympic dream began after winning OFSAA (Ontario high school) gold in 100m and 200m in her first year running track in 2010… Outside Interests: Enjoys attending family BBQs, watching movies and MTV shows, shopping and going to the beach… Odds and Ends: Favourite motto: “Never lose faith. Trust in God’s timing and your breakthrough is soon to come.”…  Collects pins from different countries… Motivated by the words and talent of teammate Daundre Barnaby, who passed away in 2015, as she tries to achieve everything he didn’t get a chance to… Nicknames: Meeks, Mica…