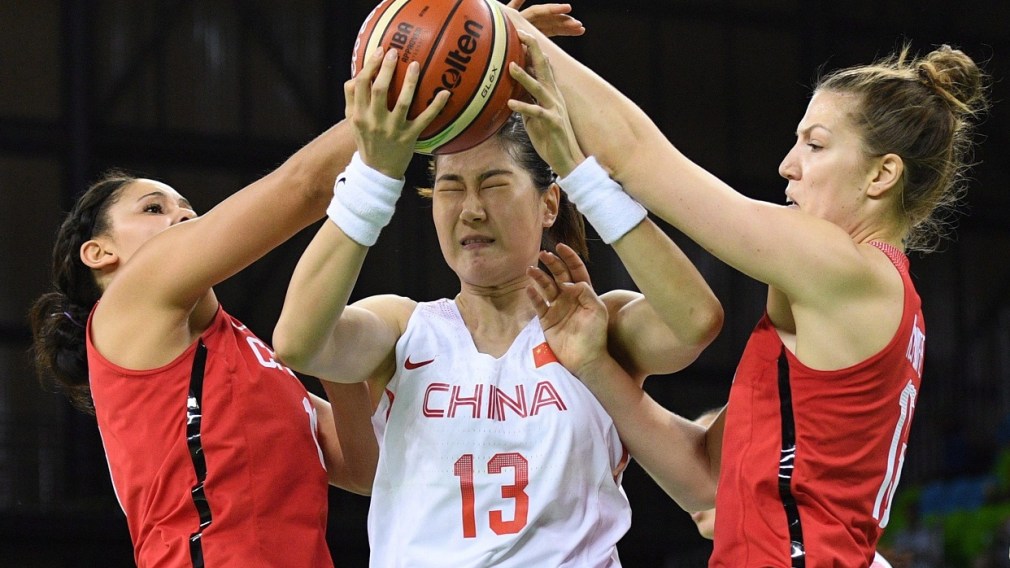 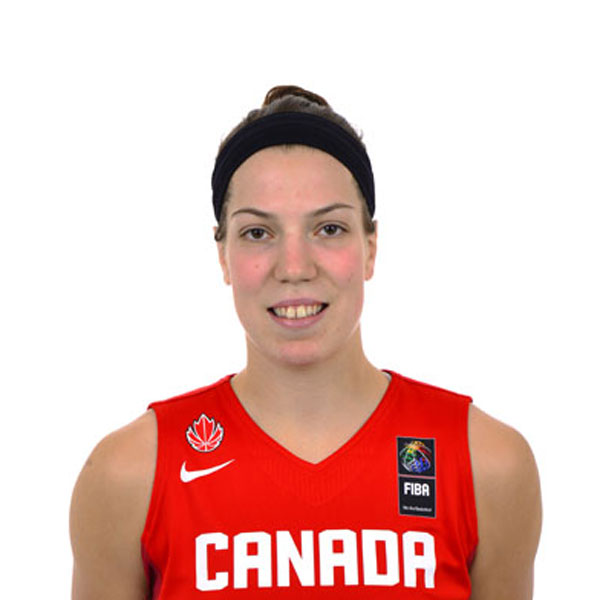 Michelle Plouffe first represented Canada at the 2009 FIBA U-19 World Championship. She returned to the tournament in 2011, averaging 15.2 points and 6.2 rebounds in nine games. Appearing with the senior national team in exhibition tournaments in 2011, she moved up to the senior squad full time in 2012. After playing three games in the Olympic qualification tournament, Plouffe appeared in two games at London 2012. She made her FIBA World Championship debut in 2014, scoring 5.4 points per game with 3.4 rebounds as Canada finished fifth for the best women’s result since 1986. At the University of Utah Plouffe was a three-time All-Pac 12 selection and a Pac-12 All-Defensive Team member in her senior year. As a freshman she had been the Mountain West Conference Freshman of the Year. Plouffe finished her collegiate career with 2100 points and a school record 1155 rebounds. Selected in the second round (19th overall) of the 2014 WNBA Draft by the Seattle Storm, Plouffe instead went overseas to play in France. In 2015 Michelle represented Canada, alongside her twin sister Katherine, at both the Pan American Games and the FIBA Americas Championship, taking home a pair of gold medals. The pair were also teammates at Rio 2016 where Michelle appeared in three games.

Family: Parents Daryl and Laurie Plouffe… Older brothers Chris and Daniel… Older sister Andrea Mwumba played basketball at University of Washington and is a great role model as the first in the family to receive an NCAA scholarship… Twin sister Katherine also plays for the national basketball team… Getting into the Sport: Started playing basketball at age 8… It was something she could play with her siblings and challenged her to develop new skills… Outside Interests: Graduated from the University of Utah in 2014 (Bachelor in Communications)… Enjoys reading, cooking and spending time with family somewhere warm… Odds and Ends: Favourite quote: “We cannot become what we need to be by remaining what we are” – John Maxwell… Game day routine includes praying and listening to Lecrae… Nickname: Plouffey