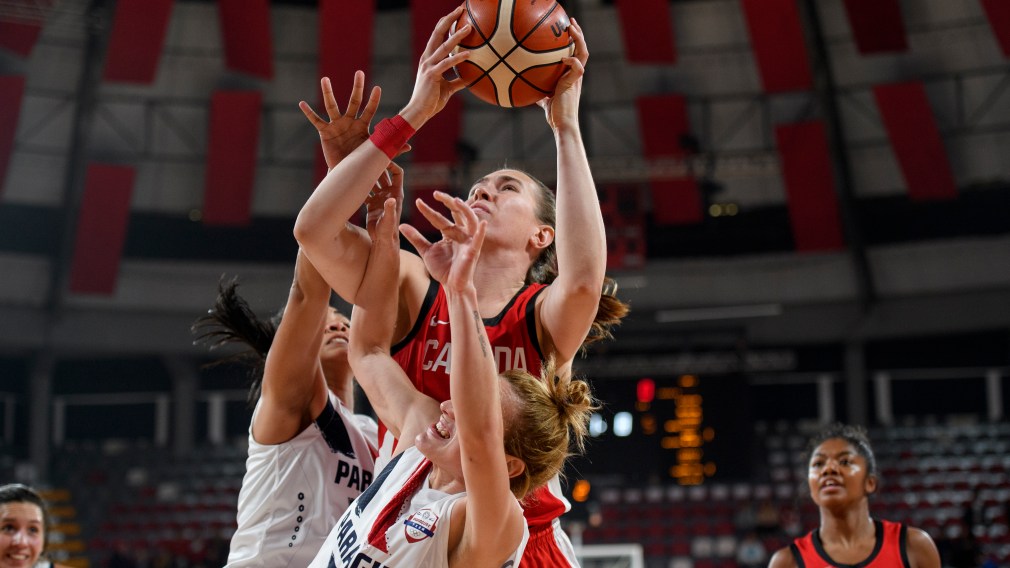 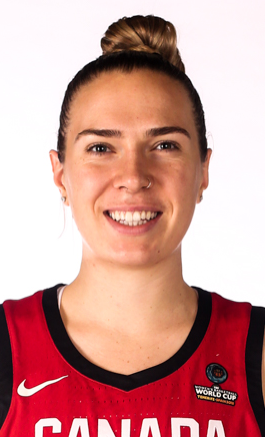 Ruth Hamblin first appeared in action for the Senior Women’s National Team in a series of exhibition matches in the summer of 2013. She had previously competed at the 2012 U-18 FIBA Americas Championship where Canada finished fourth. Hamblin experienced a career highlight in 2014 when OSU made it to the second round of the NCAA tournament. The Beavers matched that result in 2015. Upon her graduation in 2016, Hamblin set a Pac-12 record with 425 career blocked shots. Drafted into the WNBA in 2016 by the Dallas Wings, she played one season in North America before continuing her career overseas. Hamblin had her first opportunity to represent Canada at a senior international tournament at the 2017 FIBA Women’s AmeriCup, where her six blocked shots, fourth among all players in the tournament, helped the team win their second straight gold medal.

A LITTLE MORE ABOUT RUTH

Getting into the Sport: Started playing basketball at age 15, drawn to it by her high school coach and the dynamics of the game… Outside Interests: Graduated from Oregon State University with an Engineering Degree… Relaxes by painting and riding horses… Odds and Ends: Favourite quote: “So whether you eat or drink or whatever you do, do it all for the glory of God.” – 1 Corinthians 10:31… Always travels with her “Tim Bit the Beaver” keychain… Collects fridge magnets and local currencies from her travels…