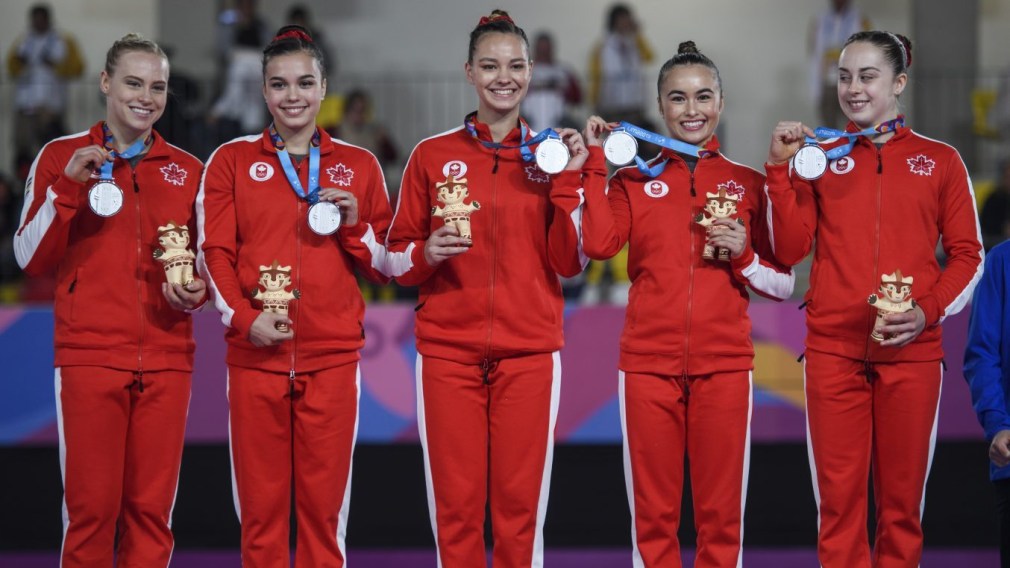 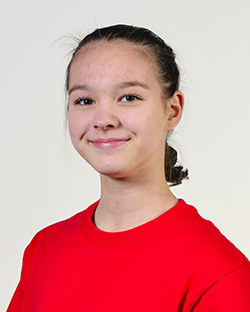 At the 2018 World Championships, Shallon Olsen captured silver in the vault for Canada’s best ever result in the event. She matched teammate Ana Padurariu’s silver on beam for the country’s top finish by a woman in an individual apparatus. Earlier in the year, Olsen had won three medals at the 2018 Commonwealth Games, gold in team and vault as well as bronze on floor. Olsen made her Olympic debut at Rio 2016, her first year of senior eligibility, and qualified for the eight-woman vault final, a feat she repeated in her world championship debut in 2017 in Montreal. Olsen had a stellar junior career. In 2013 she won three gold medals at the junior national championships, taking the all-around, vault and floor exercise titles. She followed that up in 2014 by claiming junior national medals on all four apparatus (gold on vault, silver on uneven bars and beam, bronze on floor exercise) to go with an all-around silver. Olsen also enjoyed some standout international performances in 2014. At the Pacific Rim Championships she won silver in team and floor exercise to go with a bronze on vault. Olsen competed as a senior at the 2015 Canadian Championships where she finished sixth in the all-around but impressively won gold on vault. She would go on to successfully defend her national vault title every year from 2016 to 2019.

A LITTLE MORE ABOUT SHALLON

Getting into the Sport: Started in gymnastics at age 3… By that age was the fastest bike rider in the family and needed the right environment to channel her energy… Outside Interests: Enjoys reading, doing word searches, baking, biking, going to the movies… Sometimes coaches gymnastics at birthday parties… Studying Psychology at the University of Alabama… Odds and Ends: Nicknames: Shally, Doll Face… Admires the long lines of American Olympic champion Nastia Liukin and the elegance of Romania’s multi-world medallist Larisa Iordache, which she would like to emulate… Favourite motto: “No matter how impossible, unattainable or unimaginable something may seem, never give up, Surprise everyone.”