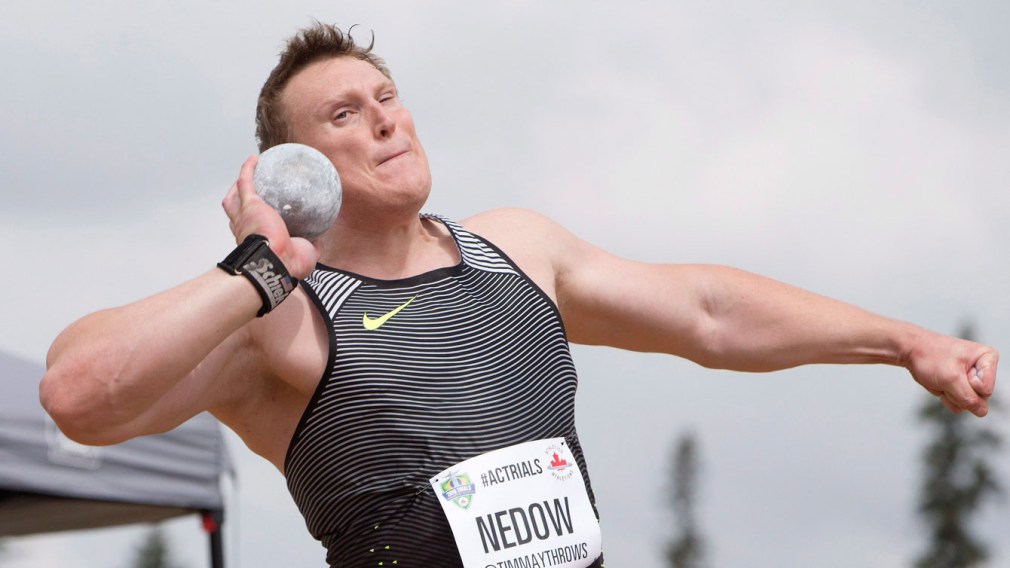 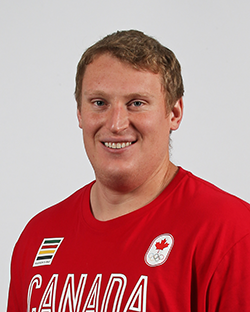 Tim Nedow made his international debut at the 2009 Pan American Junior Championships where he won bronze in shot put. He went on to compete at the 2011 and 2013 Summer Universiades before making his first appearance at a senior global event, the 2013 IAAF World Championships. He capped his 2013 season with a bronze medal in the shot put at the Jeux de la Francophonie. He added another bronze at the 2014 Commonwealth Games in Glasgow. In 2013, 2014 and 2015 he was a double national champion in both discus and shot put. He competed in both events at the Pan Am Games in Toronto, winning silver in his primary event, the shot put, and setting a personal best of 61.49m in the discus. After not advancing to the shot put final at the 2015 IAAF World Championships, Nedow had a strong start in 2016. In January he broke the 21-metre mark for the first time before setting his personal best at 21.33m in February, both times indoors. Competing at his first Olympic Games at Rio 2016, Nedow finished 16th in the qualifying round, narrowly missing advancing to the final. In 2018, he returned to the Commonwealth Games, where he won another  bronze medal. Nedow got off to a strong start in 2019, setting an outdoor career best of 21.18m at a meet in Long Beach in April.

A LITTLE MORE ABOUT TIM

Getting into the Sport: Started in track and field at age 13… In high school always did football then basketball then track and field each year; naturally good at shot put, stuck with it because it’s an individual sport with distances to be measured and records to be beaten…  Outside Interests: Enjoys trying different foods and drinks while travelling as well as admiring the architecture that is unique to each country… Graduated from DePaul University with a Bachelor of Science in Computer Game Development in 2012… Odds and Ends: Collects beer mugs and shot glasses from the different cities in which he competes… Rubs the inside of his knees and pulls his left ear before competing because he was told it sparks the nervous system; whether true or not, he has convinced himself that it works so he does it for every throw…