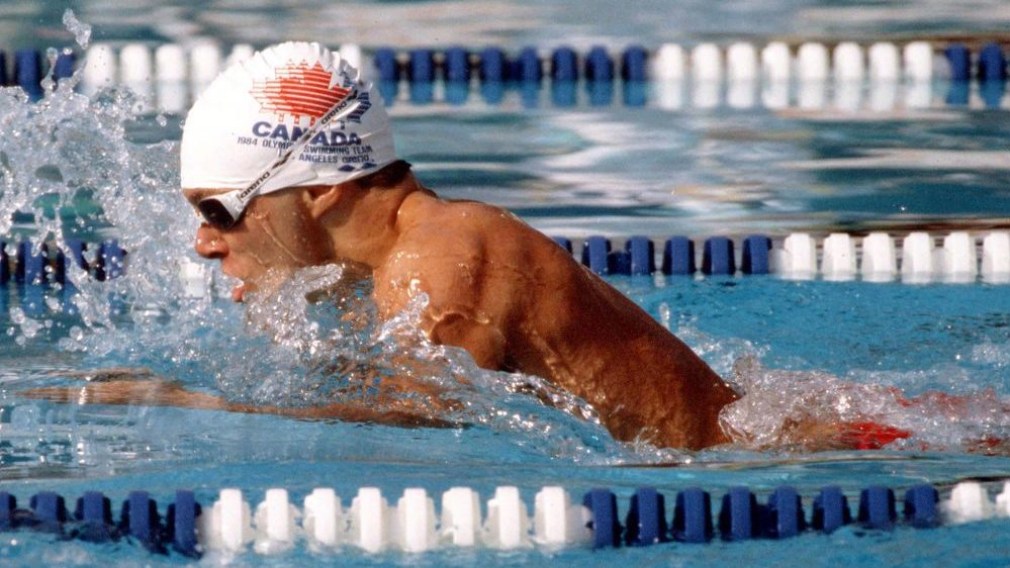 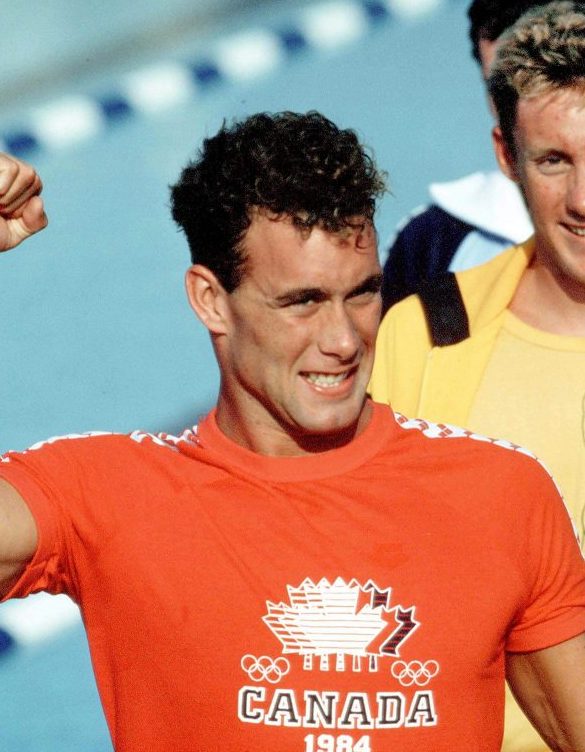 One of the first Canadian athletes to tattoo the maple leaf over his heart, Victor Davis arrived at at Los Angeles 1984 already a world record holder, world champion and Commonwealth Games champion, achieved all in 1982. He won his first Olympic medal, a silver, in the 100m breaststroke, where he pushed the gold medalist American Steve Lundquist to a world record. Four days later, and swimming in lane five in the Olympic 200m breaststroke final, Davis led from the very start and lengthened his lead with each stroke. He hit the wall in a time of 2:13.34, dropping another second and a half off his own world mark set two months previous. Davis had won by the largest margin in an Olympic breaststroke final in 60 years and put an end to the American win streak (which stood at eight consecutive Olympic finals). As the breaststroker in the 4x100m medley relay, Davis captured his third Olympic medal when Canada finished second behind the Americans who set a world record enroute to gold. Davis ended his Olympic career winning his fourth career Olympic medal at Seoul 1988 where the Americans destroyed the 4x100m medley field, with Canada a distant second by more than 2.5 seconds (Davis was off the podium in fourth in the 100m breaststroke).

Raised by his father Mel, Davis was a troublemaker and self-described “derelict” as a child. At the age of 12, swimming became an outlet for his intensity when he joined the Guelph Marlins Aquatic Club and met coach Clifford Barry who would mentor him to his international success. With a grandfather who coached the national boxing team at Paris 1924, Davis was known to be unapologetically confident and had a pre-race routine behind the starting blocks like that of a prized fighter – pacing angrily back and forth, chest slapping, shadow boxing and snarling at the competition. Davis’s personal motto was “Go big, or go home.” While preparing for Los Angeles 1984, he said, “I don’t mind losing to someone who is better than me. But at this point it’s nobody.”

Just days into post competition life, Davis was struck by a car following an argument outside a Montréal bar in 1989. After several days in a coma, Davis died at the age of 25. His ashes were mixed with a quart of water from lane five of the University of Southern California pool (where he had won his Olympic gold medal at Los Angeles 1984), and scattered at sea. His heart, liver, kidneys and corneas were donated. The Victor Davis Memorial Fund was established to help young Canadian swimmers continue their education while training for international competition. Davis was buried in his hometown of Guelph, Ontario where the town named the 50m swimming pool in his honour.