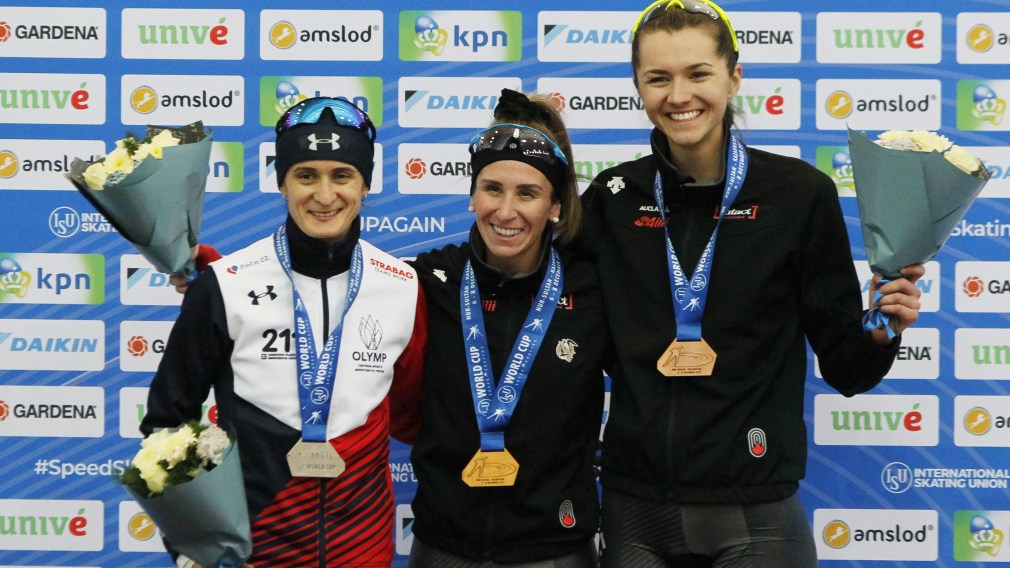 Blondin and Weidemann have dominated the long distance events on the World Cup circuit for Canada this season, and that theme continued on Friday.

With a remarkable finish, including the fastest final four laps of the day, Blondin edged out Czech Republic’s Martina Sáblíková by a mere 0.05 seconds to capture the gold medal. Blondin’s time of 6:54.945 also set a new track record, topping Sáblíková’s old mark by nearly five seconds. Weidemann’s time of 6:55.809, less than a second behind Blondin, was good for bronze, completing the double podium finish for Canada.

It was the second podium finish of the 2019-20 World Cup season in long distance events for both Weidemann and Blondin who now sit second and third, respectively, in the women’s ISU World Cup Long Distances standings.

On the men’s side, Alex Boisvert-Lacroix won bronze in the 500m with a time of 34.730, trailing gold medalist Viktor Mushtakov of Russia by just 0.09 seconds.

Long track speed skating continues through the weekend in Nur-Sultan with coverage from the CBC.