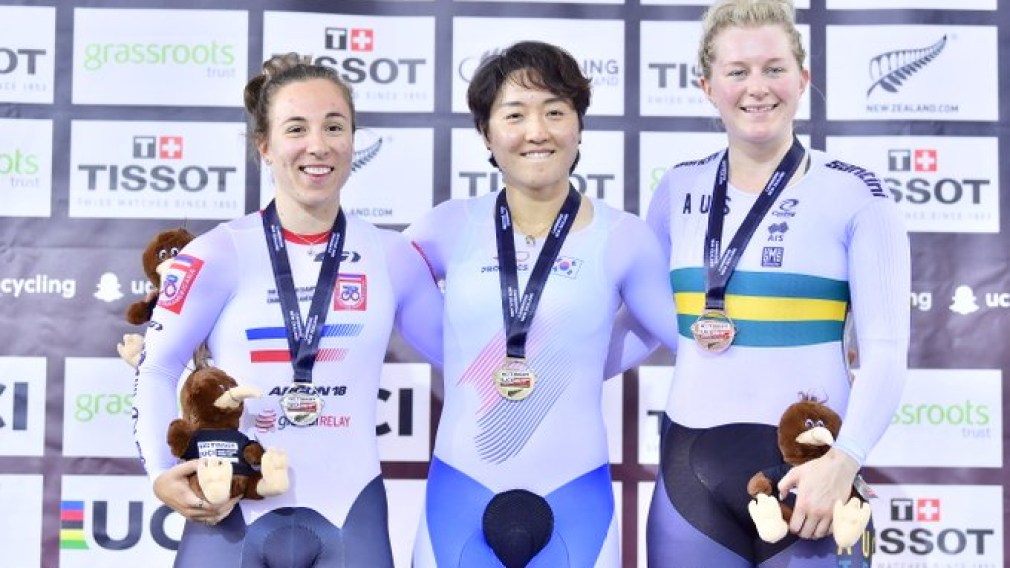 She believed she could and she did 💪🏼

First world cup medal for Lauriane Genest with a solid 🥈 in the Keirin at the 🇳🇿 World Cup!#TissotUCITrackWC pic.twitter.com/X7VcqDTivh

After finishing third in the Team Pursuit 🚴‍♀️ earlier this weekend, Allison proves once again how strong she is by taking 🥉 in the Omnium!#TissotUCITrackWC pic.twitter.com/SHvAlzXS9Y

Allison Beveridge captured bronze in the Omnium with a total of 111 points. Japan’s Yumi Kajihara captured gold with 129 points and Jennifer Valente of the USA finished ahead of the Canadian with silver and 118 points.

This is Beveridge’s second bronze medal of the weekend. On Friday she captured bronze alongside teammates Jasmin Duehring, Georgia Simmerling, and Annie Foreman-Mackey.

Sunday wraps up the UCI Track Cycling World Cup in Cambridge. The fifth stop of the World Cup tour will be from December 13-15 in Brisbane, Australia.