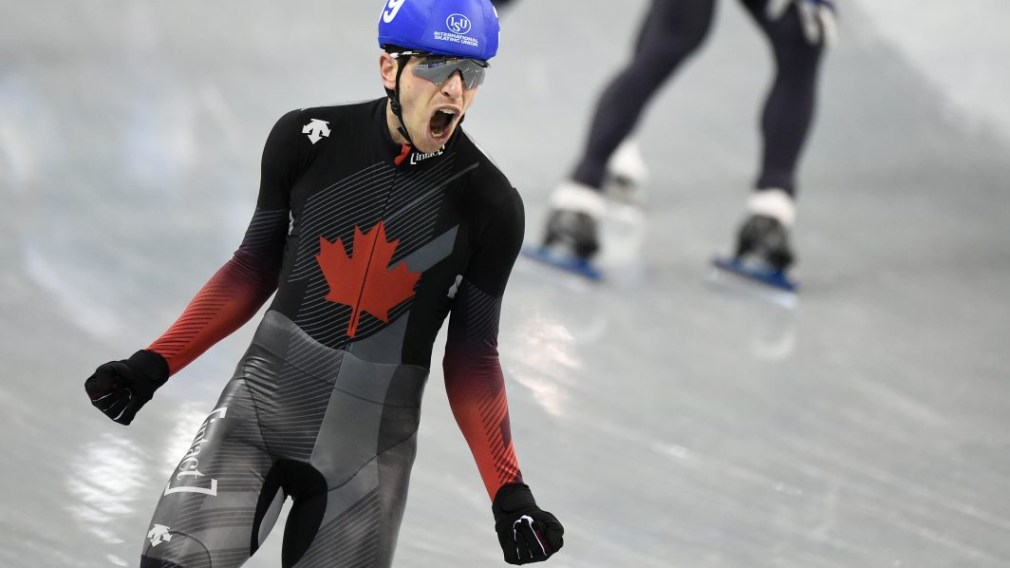 Despite it being Friday the 13th, Team Canada had a successful start to the ISU Speed Skating World Cup in Nagano, Japan, where they claimed two gold and one bronze on the first day of competition.

Ottawa-native Ivanie Blondin was first up on the podium for Canada in the women’s mass start, crossing the finish line in a speedy time of 8:26.440 to continue her gold streak for another weekend. Behind her was Japan’s Nana Takagi in second (8:26.570) and American speed skater Mia Kilburg-Manganello in third (8:27.350).

This medal is Blondin’s fourth gold in the past week.

Last weekend at the World Cup in Nur-Sultan, Kazakhstan, the 29-year-old was victorious in the 5000m, 1500m and women’s team pursuit in record times. She also became the first from Canada and eighth women ever to win a 1500m, 3000m and 5000m race in the World Cup.

“I was really confident out there and felt like today was going to be a good day,” Blondin said following her big win. “Coming off last weekend, it’s hard to not be confident and I carried that through to a great race today.”

On the men’s side, Jordan Belchos also reached the top of the podium in a historic fashion. The Toronto-native won the men’s Mass Start after clocking in a time of 7:53.990, marking the first-ever gold for a Canadian man in the event.

He was followed by Joey Mantia of the United States, who claimed silver in 7:54.670 and Belgium’s Bart Swings, who completed the podium with a time of 7:54.820.

These two victories for Blondin and Belchos is the first time in history that both the men’s and ladies’ Mass Start podiums have featured a Canadian at the same competition.

The last 🥇 of Day 1 Nagano 2019 went to 🇷🇺 in the Men's Team Sprint … but it was a close run thing with less than a second separating the top three!
🥈🇯🇵
🥉🇨🇦 #SpeedSkating pic.twitter.com/x98Y7XQrK7

Canada also found their luck in the men’s Team Sprint, where they earned themselves a bronze medal to cap off a fantastic day.

All of the action will continue tomorrow, where Canadian skaters are set to compete in the second men’s 500m and the Team Pursuit, as well as the ladies 1000m and 3000m.