Noah Bowman skies to superpipe gold on the Dew Tour

Noah Bowman skies to superpipe gold on the Dew Tour 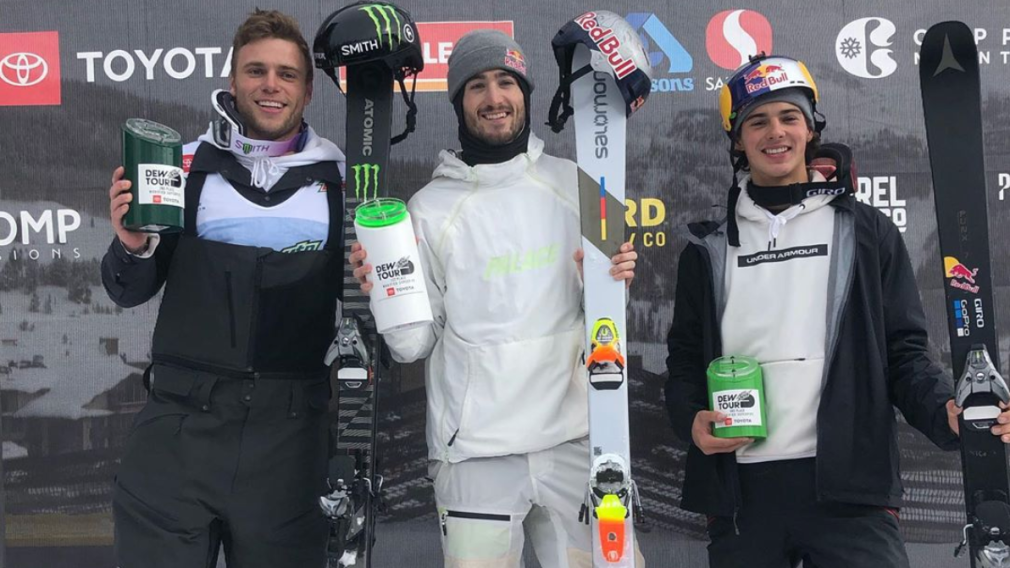 Noah Bowman reached the top of the podium in the men’s ski superpipe final this afternoon on the final day of the Dew Tour at Copper Mountain in Colorado.

Bowman scored a near-perfect score of 95.00 to capture superpipe gold on Sunday. He was joined on the podium by American freeskier Gus Kenworthy (92.66) and New Zealand’s Nico Porteous (88.00), who captured silver and bronze respectively.

What a day! Beyond hyped to take the win at @dewtour! Congrats to @guskenworthy 🥈and @nicoporteous 🥉on laying it down today!

Bowman isn’t the only Canadian who’s had success on the superpipe this weekend. In yesterday’s women’s event, Cassie Sharpe won gold and Rachael Karker took silver to complete a double podium for Canada.

READ: Double podium for Sharpe and Karker in women’s ski superpipe on the Dew Tour

The Dew Tour’s course is known as the “modified superpipe”, which has a number of differences from the traditional Olympic halfpipe. It has been reinvented to offer a variety of freestyle elements, to create a longer, more diverse and difficult competition.

Overall, the weekend turned out to be successful for Team Canada athletes, who will be leaving the competition with two golds and one silver.