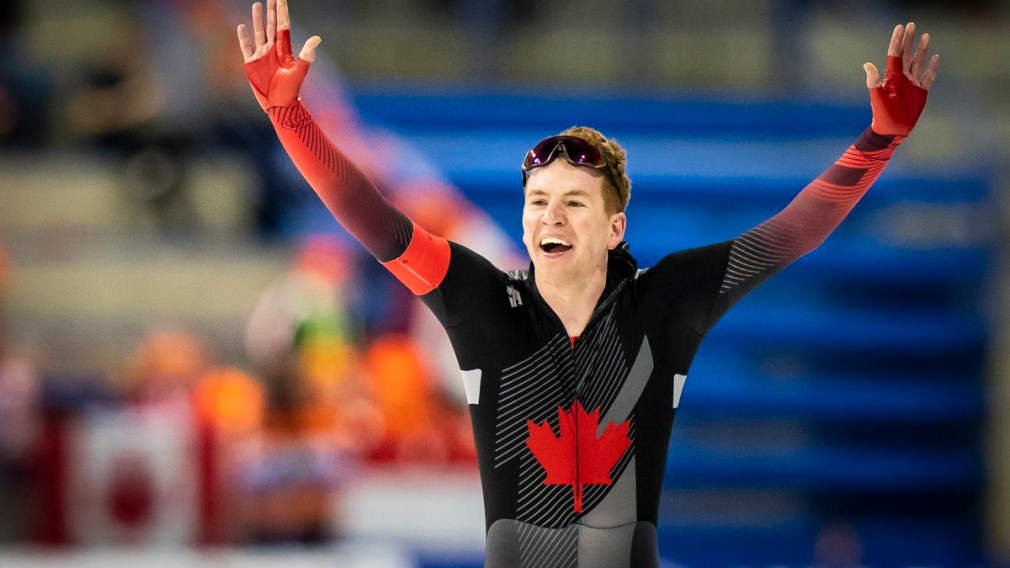 After standing on the 5000m podium together on Thursday, Graeme Fish and Ted-Jan Bloemen completed yet another double podium for Canada in the men’s 10000m.

This time, Fish stood on the first step of the podium, after passing the finish line in a world-record breaking fashion. The 22-year-old completed the race in a historic time of 12:33.868 to capture gold. He was followed by speed skating teammate Bloemen, who previously held the 10000m record, in second (12:45.010). Germany’s Patrick Beckert completed the podium in third with a time of 12:47.934.

Holy 🐡🐠🐟! Graeme sets a new World Record of 12:33.86 in the 10,000m, Ted joins him on the podium with 🥈 and the ladies Team Pursuit takes 🥉 . #whataday #worldchampion #winning #worldrecord #speedskating #fasterforward #longtrack #teamcanada

On the women’s side, Ivanie Blondin, Isabelle Weidemann and Valerie Maltais skated to bronze in the women’s team pursuit (2:53.628). They were joined on the podium by Japan (2:50.766) and the Netherlands (2:52.656), who won gold and silver respectively.

All of the speed skating action will continue at Utah Olympic Circle through Sunday. So far, Team Canada has claimed five medals.