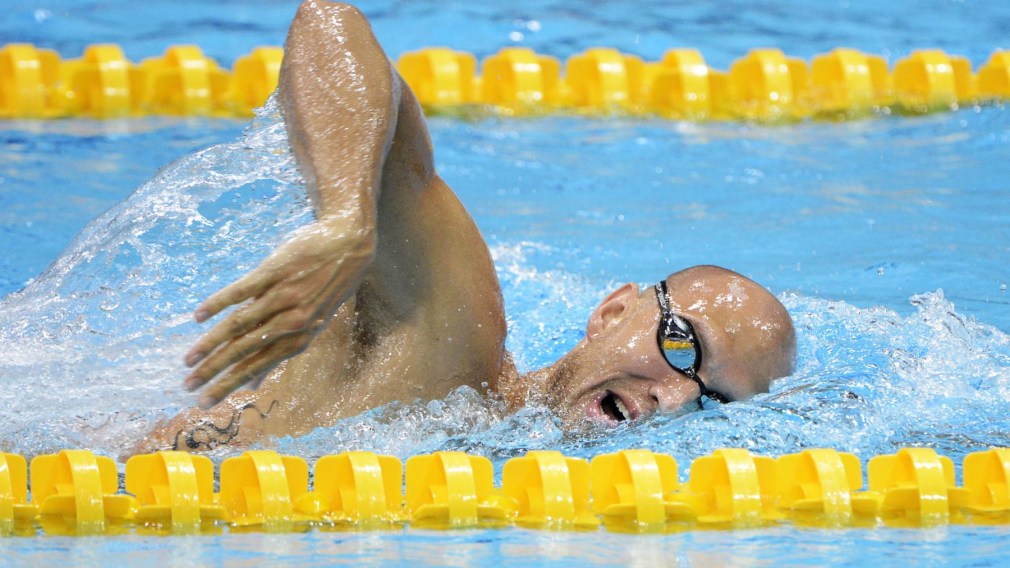 After seven years of retirement, Brent Hayden swam an Olympic “A” time in the 50m freestyle to capture third place at the Pro Swim Series in Des Moines, Iowa on Saturday night.

In just his third meet since returning to training, the 36-year-old stopped the clock at an incredible 21.97 seconds.

21.97… I think a lot of people would say getting your Olympic "A" cut would be impossible after 7 years retirement and only 6 months of training. ❌Been gone for too long. ❌Too old. ❌Not enough time to train. These are just excuses. No one can measure the size of your heart. If you have a dream, go for it with all your heart. Now to get ready for Trials. . Thank you @milorad_cavic for the photos and videos. Was great to see you on deck again brother. . . . #TeamFINIS #TYRproseries #wholeheartway #swimmerforlife #waterismystadium #swimming #swim

Ahead of him were American swimmers Caeleb Dressel (21.51s) and Nathan Adrian (21.88s), who finished first and second respectively.

Hayden currently holds the national record in the 50m, 100m, and 200m freestyles competitions. His time of 21.97s in Iowa last night is not only the fastest by a Canadian this year or last, but the fourth-fastest time of his career.

I can now say I've raced the last 4 generation greats: Popov, Thorpe, Phelps, and now Dressel… what a journey.

Despite swimming an Olympic qualifying time, this doesn’t secure Hayden’s spot in Tokyo 2020 just yet. In order to earn his spot on the Canadian Olympic Team, he’ll have to hit the Olympic standard time again and finish in the top two at the upcoming 2020 Canadian Olympic Trials on March 30 – April 5.