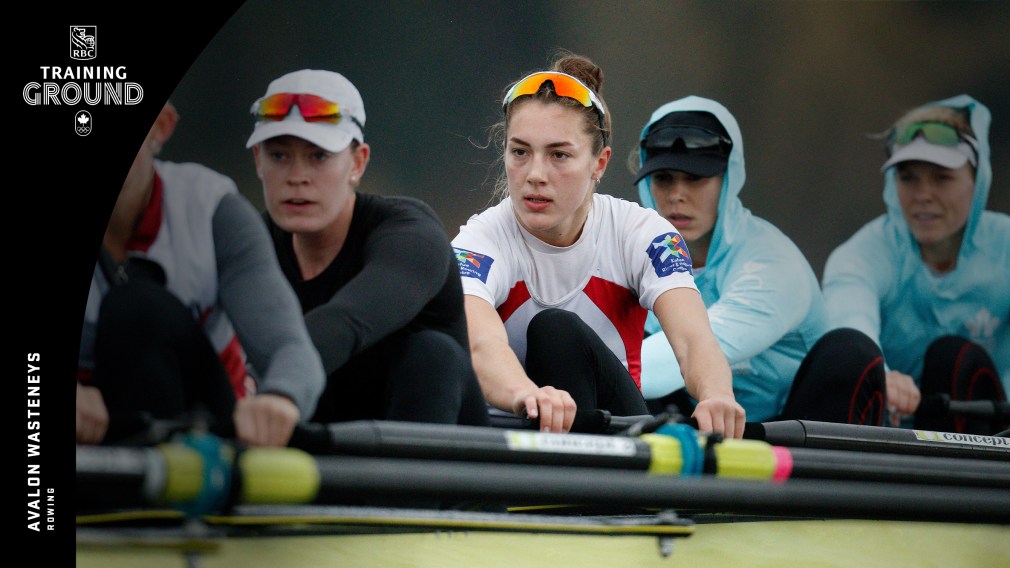 Some might say that rowing runs through Avalon Wasteneys’ veins.

Her mother, Heather, competed in the coxed four at Seoul 1988. Her aunt, Christine Clarke, was a member of the women’s eight at Los Angeles 1984.

And yet, there was a time that Wasteneys could never see herself pulling oars.

“I vividly remember telling my mom in a very firm voice, ‘Mom, I will never row, I will never row,’ and she would just kind of go ‘Okay, yeah, alright no worries.’ And then suddenly one day I was like ‘Mom, I’m gonna go row’ and that was that.”

About one year later, Wasteneys walked into an RBC Training Ground event, kickstarting a career that now has her on the cusp of achieving her Olympic dream. 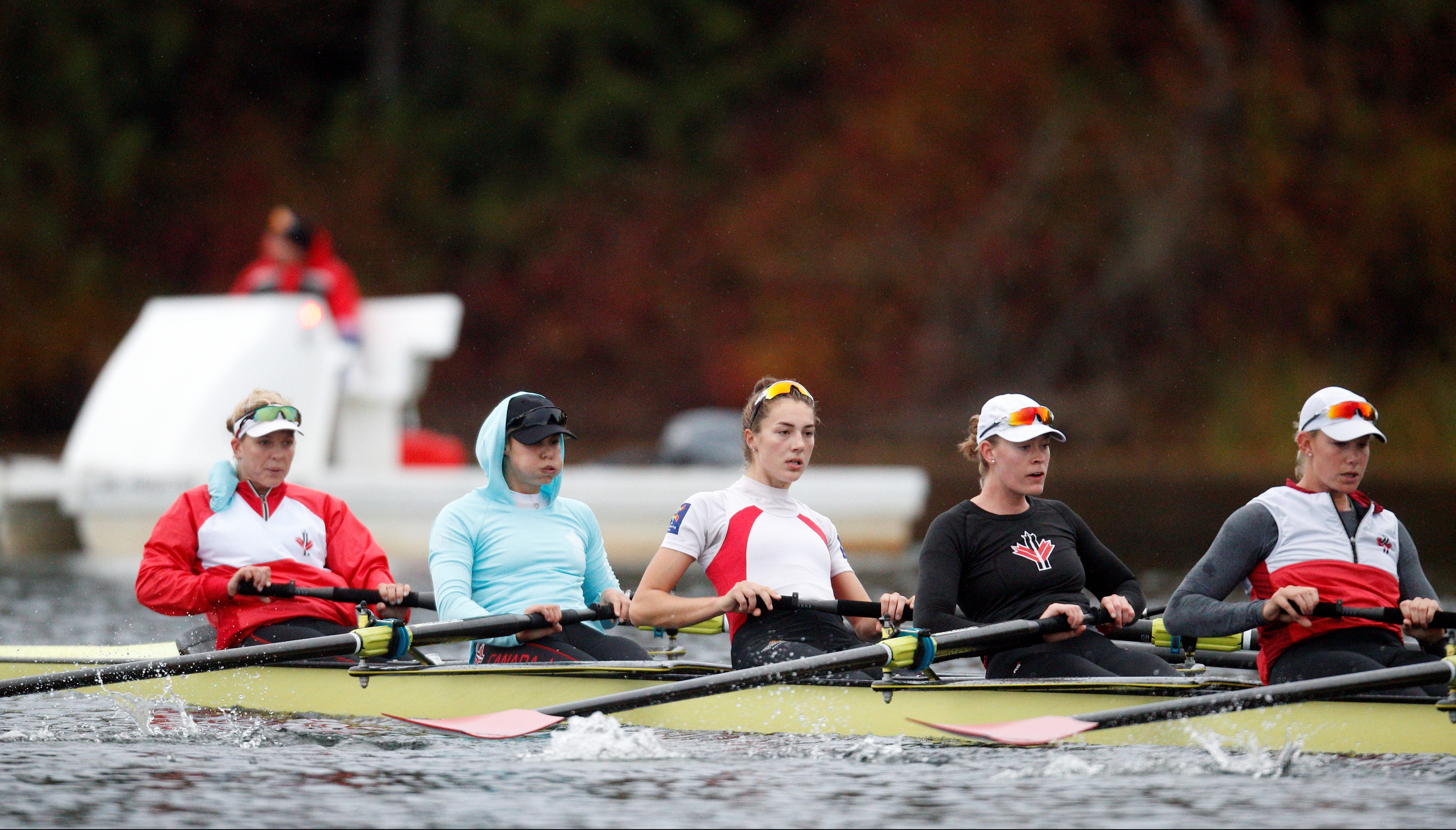 Before she found success on the water, Wasteneys thought she would get to the Olympic Games on snow. A cross-country skier from the time she was five, she progressed to the point where she was a junior national championship medallist in 2014.

She was heavily inspired by her coach, Dave Battison, so when he passed away suddenly when she was in Grade 11, her perspective on the sport changed.

“It shook up my idea of where I want to go a little bit and I was graduating high school and I wasn’t too sure what I wanted to do and my parents kept mentioning rowing,” Wasteneys recalled in a recent interview with Olympic.ca.

Among the benefits they highlighted was that she could row for a school team while pursuing a post-secondary education. She accepted her admission to the University of Victoria at almost the last minute, tried out for the Vikes novice rowing team, and made the squad.

With her one year of experience in a rowing shell, Wasteneys made another late decision to attend RBC Training Ground in 2016. Reflecting on that impactful moment, she believes she had a fear of committing and saying she wanted something.

“Back then, I definitely struggled with confidence in that area,” said Wasteneys. “My mom had suggested it as a way to get funding, and again, I really pushed back against my mother and didn’t really see how it applied to me. And once again she was right and it was an extremely helpful growth thing for me. It really helped shape my career.”

Wasteneys was named the top performer at her RBC Training Ground qualifying event, which gave her a ticket to the regional final in Vancouver. 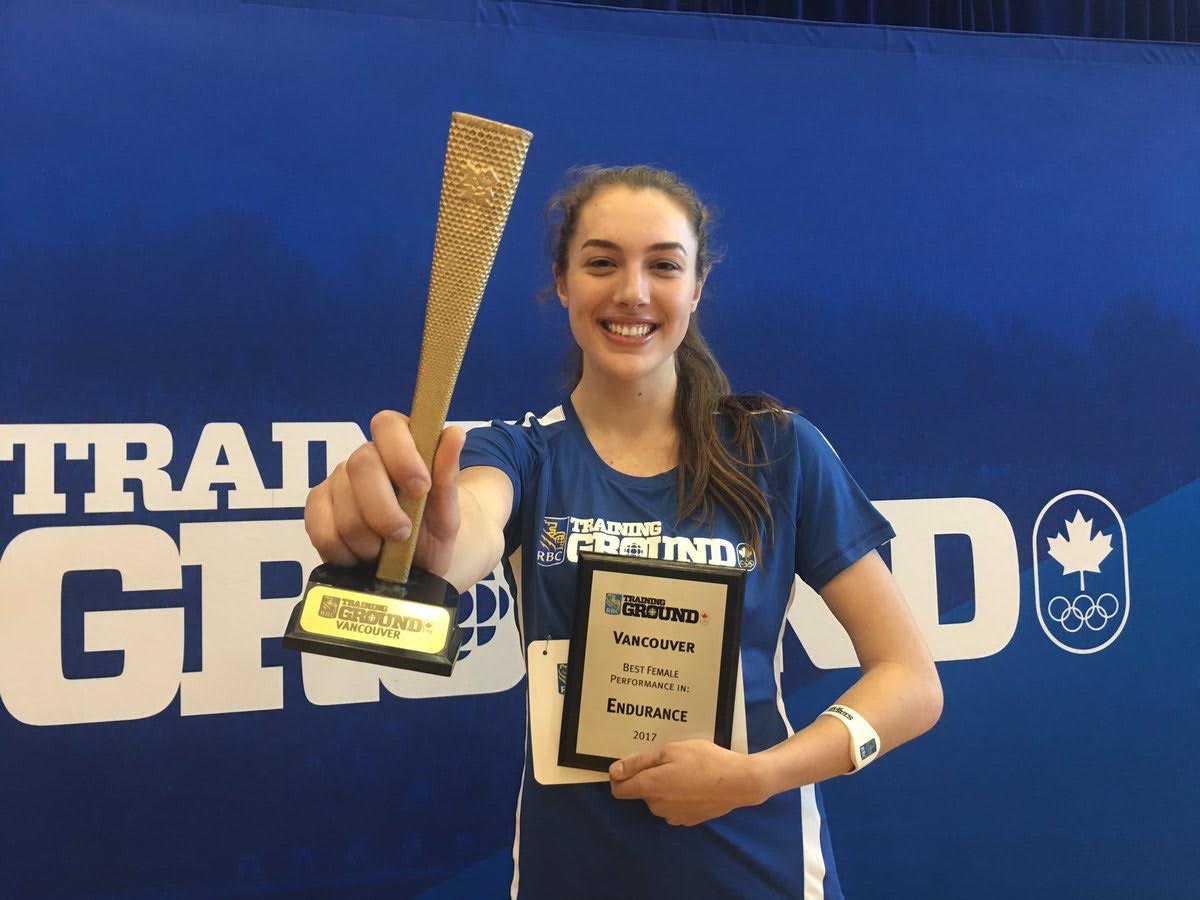 “That’s definitely when the pressure kicked in and you just have to kind of go with the flow, but be prepared at any point to do what you have to do,” said Wasteneys, who obviously did what she needed to be named the winner of that regional final.

“I was pretty shocked. I just hadn’t registered that that could be an outcome. At that point, I was pretty much just enjoying my anonymity and then suddenly it was like spotlight on me,” she remembered.

One of the perks of that victory was a trip to the PyeongChang 2018 Olympic Winter Games.

“It’s one of those things that I look back on and I’m like I can’t believe I got to do that,” said Wasteneys. “It was so cool that I got to do that and talk to actual Olympians who were competing there and really start to feel the Olympic culture that came out of that and it really started to build some excitement within me.” 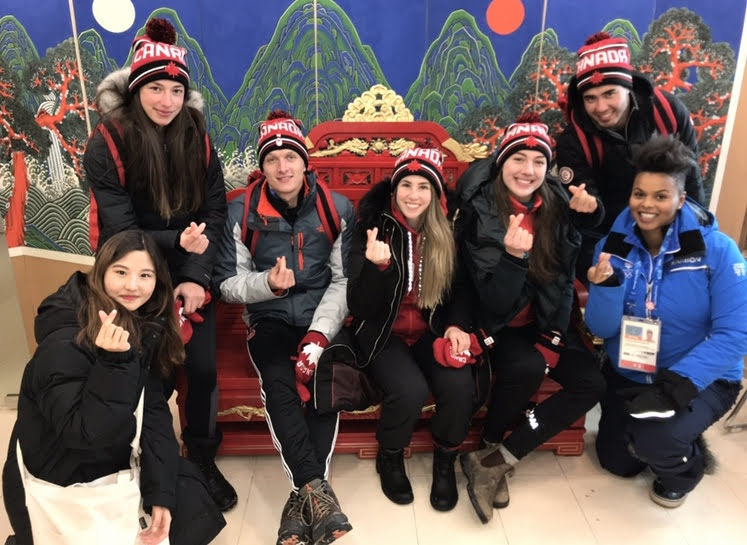 Wasteneys refers to RBC Training Ground as a “catalyst” for her rowing career.

“I think I was already on the way; I think I would have made it where I am today without it, but it would have been a lot more difficult and it might not have happened so quickly,” she said.

Receiving funding as an RBC Future Olympian meant that she could quit one of her two part time jobs while she pursued school and rowing full time.

“I think more importantly, in my opinion, the program takes young athletes who aren’t quite sure where they belong or are looking for confirmation that they’re in the right sport and it gives them acknowledgement and community,” said Wasteneys. “Being someone who had just switched sports, I always struggled with committing. Being identified through the program kind of settled my unease about any previous decisions and just really started to give me confidence, which, for me personally, was hugely beneficial.”

With RBC Training Ground taking on a virtual qualifying format this year, Wasteneys acknowledged that participants wouldn’t necessarily have her same experience, interacting with each other and sharing the Olympic spirit at in-person events. But she offers this advice:

“Show yourself [in your submission video] having fun. Show yourself enjoying what you’re doing and having that zest… Yeah they want you to obviously do very well, but they want to see you’re also enjoying doing those activities and are excited to try different things.” 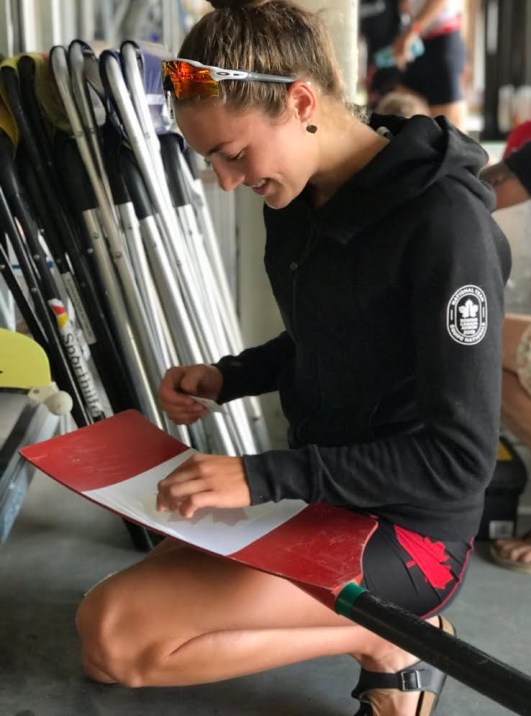 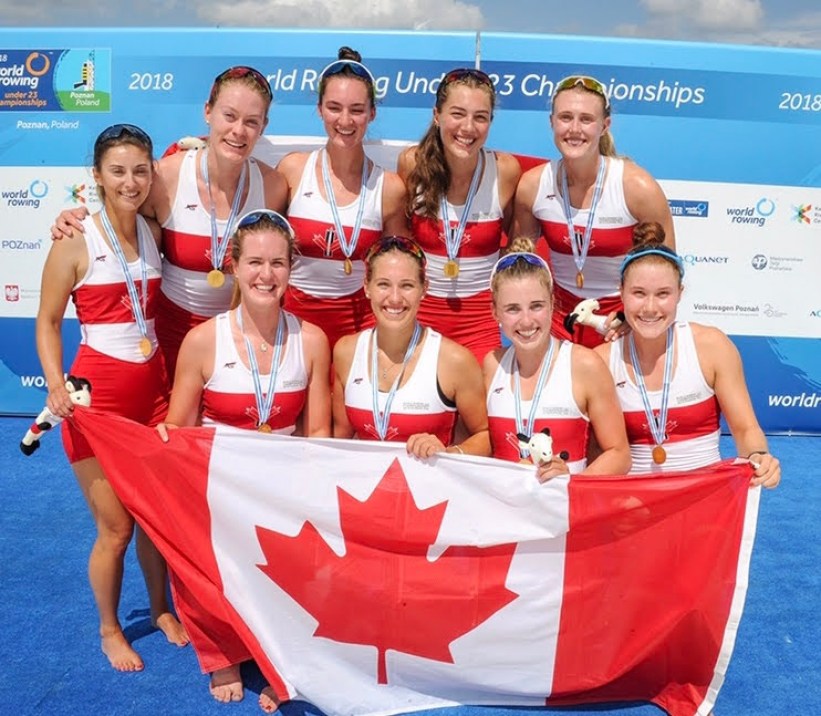 Avalon Wasteneys and the women’s eight celebrate their gold medal victory at the 2018 U23 World Rowing Championships.

There’s a special moment in the career of every Canadian rower when they get to proudly affix a maple leaf to their oar.

That honour is only bestowed upon those who compete at the world championships or Olympic Games.

Wasteneys earned her first maple leaf at the 2018 U23 World Championships where she came away as a gold medallist with her crewmates in the eight. A year later, she made her debut at the senior world championships. Again competing in the eight, she helped Team Canada qualify the boat for Tokyo 2020 and would love nothing more than to be seated with that crew next summer.

While all athletes have had to adjust to the Olympic Games being postponed due to the pandemic, Wasteneys sees the silver lining in the one-year delay.

From the end of May until September she was sidelined due to a non-COVID-19 illness.

“I’m aware of the possibility that the Olympics could have taken place this summer with me watching on TV at home and that realization has really placed things in perspective for me. It made me think through what are my values, what is my role on this team, and it has been a great opportunity to focus on the psychological side of sports and life as you usually just sweep that under the rug when you’re exhausted from training two, three times a day,” she said.

“I’m one of those athletes that really just kind of keeps grinding until they’re forced to stop a little bit and I think it just really pulled me back and just helped me take a moment and shake me. I think I could possibly be in a better position than I was.”

You can find more information on how to register for RBC Training Ground and participate virtually from home (for free!) at RBCTrainingGround.ca.