Team Kripps celebrates silver for their first medal of the season

Team Kripps celebrates silver for their first medal of the season 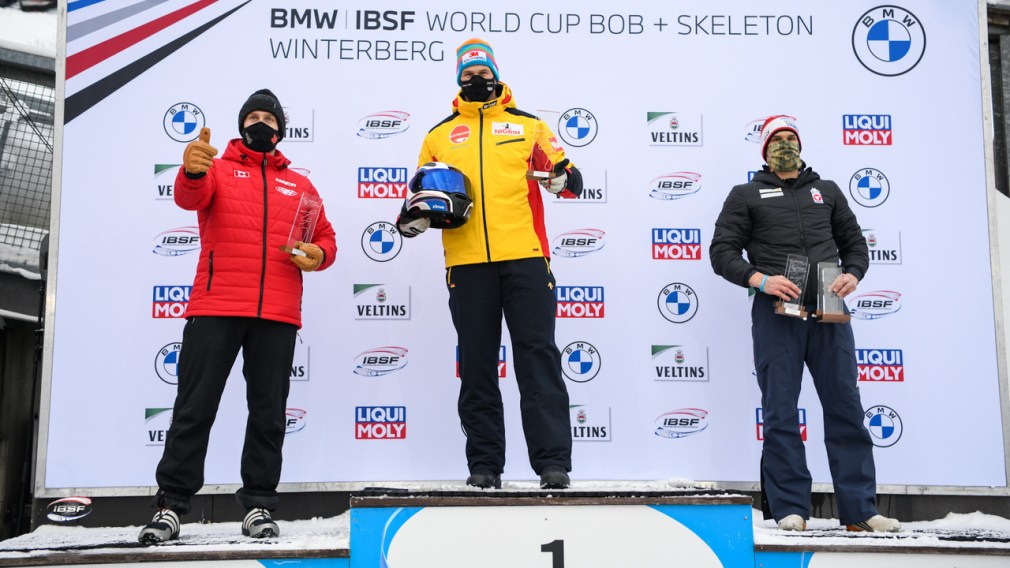 Team Kripps slid to silver during the first four-man bobsleigh event of the season on Sunday at Winterberg, Germany.

For his sixth four-man podium since 2018, the team of Justin Kripps, Ryan Sommer, Ben Coakwell, and Cam Stones received a two-run time of 1:48.70 seconds for second place. Canada saw a faster first run than their second with a difference of .14 seconds.

Known to be a more difficult track with 15 corners, this is the crew’s first-ever World Cup podium in Winterberg. The silver medal also marks Kripps’ ninth career four-man win as Pilot.

The home team was the team to beat, although Team Germany earned two of the fastest run-times to celebrate gold (1:48.13).  Austria won bronze with a time of 1:48.89 seconds.

This is the first World Cup of the season for the Canadian team, which stayed home to train during the fall due to concerns related to COVID-19 and quarantine protocols.

After a one-year break from competition, Christopher Spring won three medals this weekend on the Europe Cup as he aims to earn his way back into World Cup events. He took four-man gold along with silver and bronze in a pair of two-man events in Altenberg, Germany. Alysia Rissling also earned a Europe Cup podium as she makes her own comeback following a one-year hiatus.

Next weekend the IBSF World Cup will be located in St. Moritz, Switzerland.