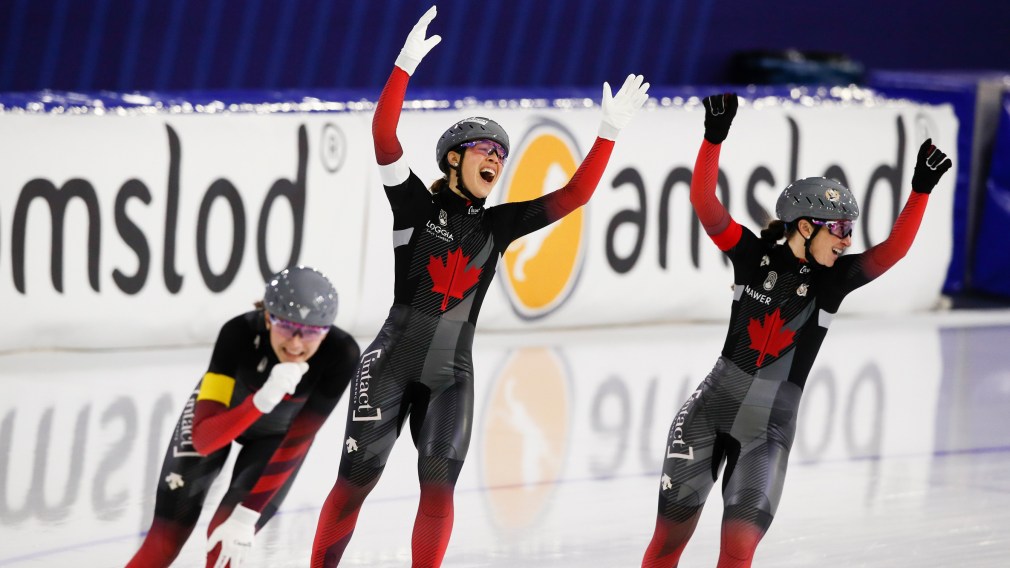 On Friday, the Canadian women’s long track speed skating team smashed a track record to win gold in the team pursuit, while the men’s trio also reached the podium to claim silver in the same event at the World Cup in Heerenveen, Netherlands.

Although they have had to deal with many unforeseen events in training in recent months, Ivanie Blondin, Isabelle Weidemann and Valérie Maltais continue to impress, this time setting a new track record in Heerenveen by setting a time of 2:54.640 seconds. They beat the Netherlands (2:55.585) and (2:58.229) who joined them on the podium.

Meanwhile, retired speed skater Anastasia Bucsis cheered them on from home in Canada:

GOLD and a TRACK RECORD for @SSC_PVC @TeamCanada. History is being made and will continue to be. pic.twitter.com/J13Lnw24z9

This is the second consecutive gold medal for the women’s team, who also won gold in this even the week before on the same track.

On the men’s side, Ted-Jan Bloemen, Jordan Belchos and Connor Howe improved on their result last week by once again stepping onto the podium in the same event.

The trio went from bronze to silver this week setting a time of 3:39.943 seconds in the competitive bubble created in Heerenveen, Netherlands due to the pandemic. They were edged 0.86 seconds by the Norwegians (3:39.080) but still maintained a lead of 2.32 seconds over the Russians who rounded out the podium.

Competition continues through Sunday with the individual events.