Canadian tennis players to watch at the Australian Open

Canadian tennis players to watch at the Australian Open 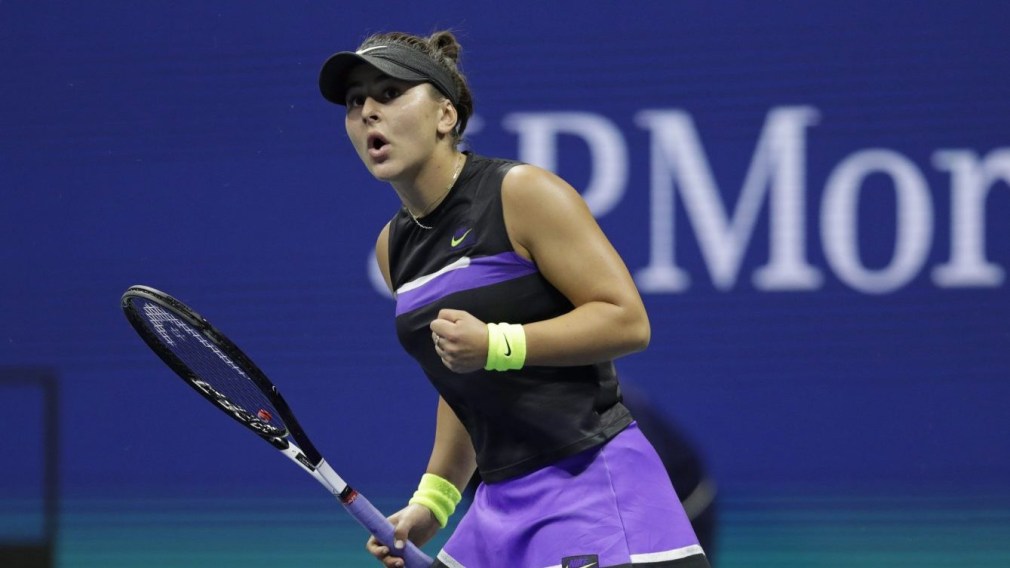 It’s tennis time Down Under!

Team Canada athletes will take the court for the first Grand Slam of the year at the Australian Open in Melbourne.

The tournament runs February 8–21 with Canada’s tennis stars in the hunt for a championship title at Melbourne Park.

Let’s take a look at the Canadians to keep an eye on:

Denis Shapovalov is entering the Australian Open as the highest ranked Canadian man in the ATP rankings. Shapo made his 2021 season debut at the ATP Cup alongside Milos Raonic in the team event.

He will kick off the tournament facing Italian Jannik Sinner, the 2019 Next Gen ATP Finals champion. Unfortunately for Shapovalov, he could end up facing friend Félix Auger-Aliassime in the third round.

In late 2019, Shapo won his first ATP title in Stockholm and reached his first Masters 1000 final in Paris. He continued that momentum into 2020 by notching his first major quarterfinal at the US Open – becoming the first Canadian man to do so. He’ll look to claim his first Grand Slam title in Australia this year.

Milos Raonic climbed from No. 32 to No. 15 in the ATP rankings during his 2020 season. In late August, the Thornhill, Ont. athlete narrowly lost the final of the Cincinnati Masters to world number one Novak Djokovic. Like Shapovalov, he’s also set to make his 2021 season debut at the ATP Cup before taking to the court in Melbourne.

Raonic will play Federico Coria in the first round.

Félix Auger-Aliassime made his first appearance in the Aussie Open main draw in 2020. Since competing in Melbourne last January, the Montreal native reached back-to-back finals at the ATP 500 in Rotterdam and the ATP 250 in Marseille. He’ll be looking to carry his momentum from last season with him to advance through the Open’s first round this year. As a tune-up before the tournament, Auger-Aliassime is headed to the finals at the Murray River Open.

The Montreal native will face Cedrik-Marcel Stebe to kick off the first Grand Slam of the year. If he advances to the third round, there will be a clash of Canadians, where he plays Shapovalov.

Vasek Pospisil rose in the ATP rankings over the past year, moving up from 148th in the world at the start of last season to No. 61 by season’s end. After being sidelined due to injuries in 2019, the Vancouver native reached two ATP finals in 2020, as well as the fourth round of the US Open. He was recently recognized for his efforts on the court as the 2020 ATP Comeback Player of the Year. Ahead of the Australian Open, Pospisil was supposed to compete in the Great Ocean Road Open, but dropped out due to lower back pain.

Pospisil will take on World No. 4 Daniil Medvedev in round one. The Russian is on a ten game winning streak and will be a challenge for the Canadian to defeat. The two players have faced each other three times before, with Medvedev claiming two wins.

After missing the entire 2020 tennis season due to a knee injury, 2019 US Open champion Bianca Andreescu will be making a comeback at the Australian Open. Initially slated to make her return to the court at the Grampians Trophy warm up event, Andreescu withdrew to focus on training after spending two weeks in hard quarantine following her arrival in Melbourne.

For her return to competition, she will play Romanian Mihaela Buzarnescu.

Leylah Annie Fernandez will look to build on her success from last season at this year’s Australian Open. Before the beginning of the COVID-19 pandemic, Fernandez reached the final at the Mexican Open at just 17. The rising star got her tune up at the Grampians Trophy, advancing to the second round before falling to Maria Sakkari.

Fernandez will play 18th seed Elise Mertens the first round.

Rebecca Marino will be competing in a Grand Slam for the first time in eight years. She qualified for the Australian Open in Dubai after beating Maryna Zanevska of Belgium 6-4, 7-6(9) to punch her first main draw ticket since 2013. Marino is on her second comeback of her tennis career. She took nearly five years off from 2013 to 2017 and later battled a foot injury that sidelined her for a year and half after her first comeback in 2018.

In her tune up tournament ahead of the Open, she competed at the WTA Tour’s Gippsland Trophy where she fell to Italy’s Jasmine Paolini 7-6 (2), 6-3 in the first round.

Marino will play wild-card entry Kimberly Birrell in the first round.

Canada’s top-ranked doubles player, Gabriela Dabrowski has nine career women’s doubles titles, most recently in 2019. She reached three finals in 2020. In Melbourne, she will team up with Croatia’s Mate Pavic in mixed doubles, a partnership that led to her raising the trophy at the 2018 Australian Open. She’ll compete alongside American Bethanie Mattek-Sands in the women’s doubles.

Sharon Fichman is preparing to play in the doubles tournament at the Australian Open with her partner Giuliana Olmos from Mexico. The duo will be competing at the Yarra Valley Classic to warm up before the tournament.

This will be the fifth time there are seven or more Canadian players in the men’s and women’s singles draws at a Grand Slam in the Open Era. The others were 1988 Wimbledon, the 1989 U.S. Open, the 1990 Australian Open and the 2014 U.S. Open.

RELATED: Lockdown Down Under: Canada’s tennis stars train in quarantine for Aussie Open

Upon arrival in Australia, players were placed in a mandatory quarantine before the tournament could begin.

There were 72 players who had to undergo a 14-day hard quarantine in their hotel rooms because they travelled on a charter flight that had a positive test for COVID-19. Three of the 17 charter flights were impacted. Players not exposed to a positive case had a slightly lighter quarantine that allowed them to train for five hours a day under restricted conditions for the two week period.

Once competition begins, organizers have the following precautions in place:

How to watch the Australian Open

TSN will have daily live coverage of the Australian Open across the TSN Network, the TSN App and TSN Direct. Keep checking here for information on specific matchups and when and where they can be seen.