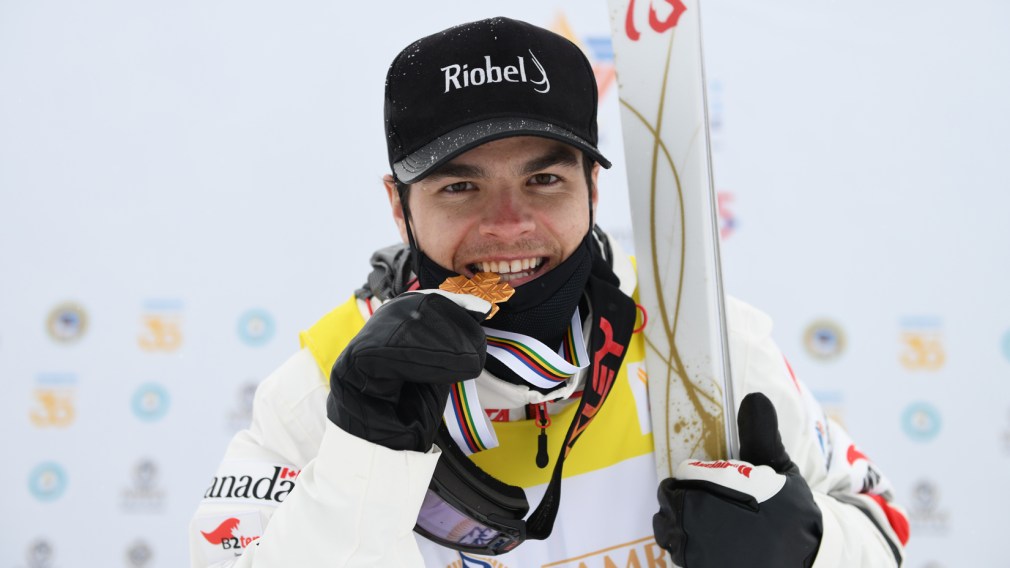 Kingsbury scored a total of 87.36 points to land at the top of the podium. Rounding out the podium was France’s Benjamin Cavet in second with 82.43 points, and Kazakhstan’s Pavel Kolmakov in third with 82.23 points.

The Quebec native competed won his first world championship title in 2013, before claiming his second in 2017. Kingsbury has landed on the podium all but once since he first competed at worlds in 2011.

I am WORLD CHAMPION🥇#2021 pic.twitter.com/mowsKKPWo3

Kingsbury missed the start of this year’s World Cup season after fracturing his T4 and T5 vertebrae in training. Upon his return, he went straight back to the top of the podium.

Teammate Laurent Dumais finished in sixth place. Justine Dufour-Lapointe was the top finisher for the women, landing in 12th place.

The FIS Freestyle Ski World Championships were first held in 1986, and is now held every odd year.

Competition continues Tuesday morning in Almaty with dual moguls, where Kingsbury will also be looking to defend his title.