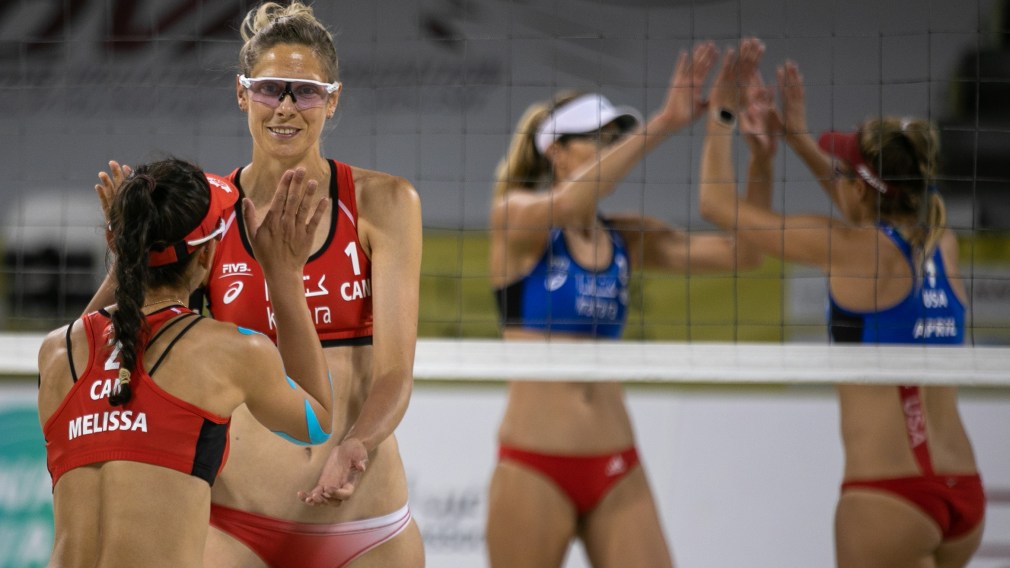 In their first competition since the FIVB World Tour Finals in September 2019, reigning world champions Sarah Pavan and Melissa Humana-Paredes landed on the podium to claim silver.

The pair went undefeated until the final match, where they faced off against American rivals Alix Klineman and April Ross. The match was a close battle, with the Canadians and Americans exchanging the lead frequently, and battling for each point. Klineman and Ross won the first set 22-20, and the second 21-18 to secure their gold medal win.

Leading up to the final, the pair also faced off against fellow Canadians Heather Bansley and Brandie Wilkerson, with Pavan and Humana-Paredes winning 2-1.

Pavan and Humana-Paredes now have a total of 11 World Tour medals. They qualified themselves a spot for Tokyo 2020 when they won the World Championships in 2019.

Next up is the Cancun Hub happening from April 16 to May 2, that will feature three tournaments. See the full schedule for this season here.