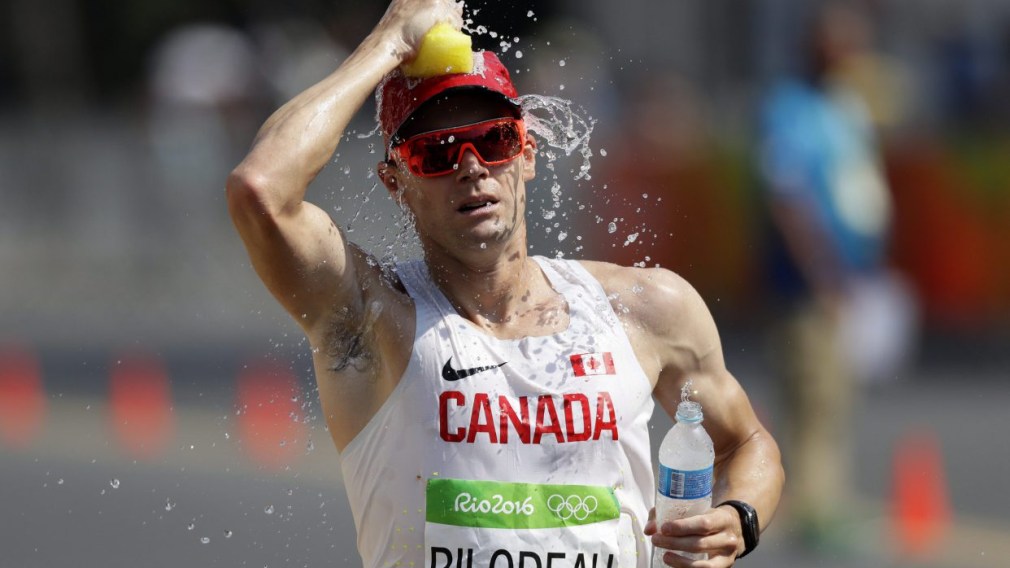 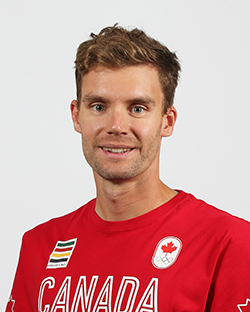 Mathieu Bilodeau first represented Canada internationally as a triathlete, competing at a Pan American Cup event in 2003. He made his only ITU World Cup appearance in 2006 before competing in the ITU Cross Triathlon World Championships in 2013. Struggling to manage school and triathlon, he decided to just focus on his degree, but a chance encounter with three-time Olympian Janice McCaffrey introduced him to the world of race walking in March 2014, a little over two years before the 2016 Olympic Games. Within seven months he qualified for the 2015 IAAF World Championships, where he placed 31st in the 50km race walk, finishing in just over four hours. In March 2016 he posted a personal best time of 3:53:56 to go just under the Olympic entry standard for Rio. In May 2016, he competed in the 20km event at the IAAF World Race Walking Team Championships, winning a historic silver medal for Canada alongside Evan Dunfee, Inaki Gomez and Ben Thorne. After making his Olympic debut at Rio 2016, he returned to the IAAF World Championships in 2017. Bilodeau lowered his personal best in the 50km race walk to 3:53:36 in March 2019.

A LITTLE MORE ABOUT MATHIEU

Getting into the Sport: Grew up watching the Olympics on TV with his father… Has been competing in sport since he was 8, going from swimming to triathlon to running to race walking… Loves the long distances of race walking and spending time on roads around the world… Outside Interests: Enjoys cross-country skiing and working on his art latte skills… Works full time as a CPA for Deloitte… Earned his degree in Accounting from Université du Québec à Trois-Rivières/SUNY Plattsburgh… Earned his CPA-CMA designation and is working towards his CFA designation… Odds and Ends: Always washes his sunglasses and has an espresso the morning before a race…Always travels with his French press… Favourite motto: Nothing can stop me…