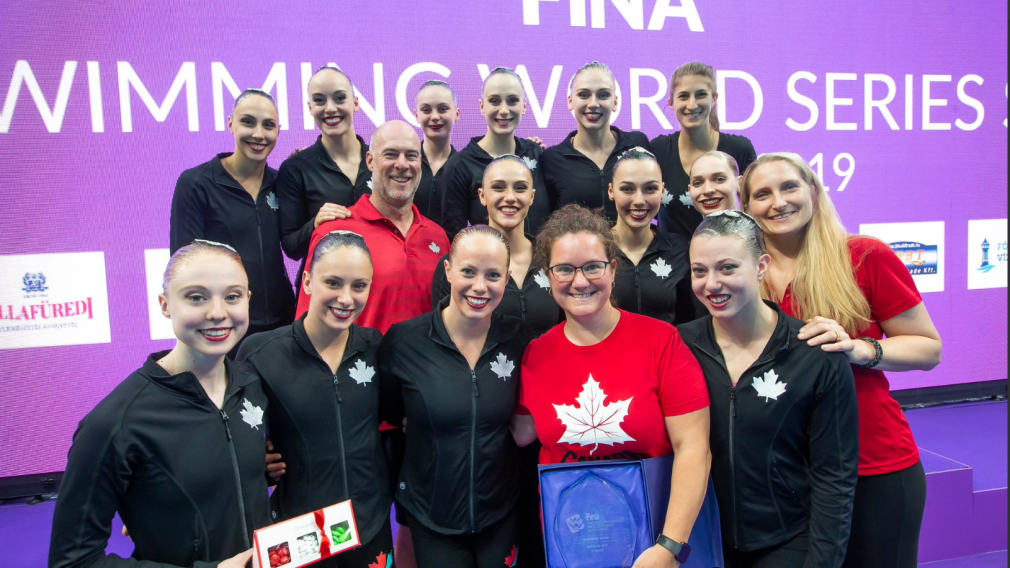 The Canadian artistic swimming squad had a great weekend in Budapest, finishing with 1425 to earn the FINA Artistic Swimming World Series. Ukraine finished in second with 1365 points and Spain finished with 1220 points.

Canada’s Jacqueline Simoneau has been a superstar this series, participating in each of the five medals earned this weekend since the start of the competition. On Saturday, she captured yet another medal.

This time, the Rio Olympian claimed silver in the free solo event after accumulating 90.2333 points. She was joined on the podium by gold-medallist Marta Fiedina of Ukraine (93.4667 points) and Spain’s Iris Tio (87.4667).

Marta Fiedina is unstoppable at FINA Artistic Swimming World Series Super Final 2019. She just won her 4th gold in total after having finished at the top in Solo Free with 93.4667.

Following this event, Simoneau joined her teammates to compete in the free team event where the Canadian artistic swimming squad took bronze. Team Canada posted a final score of 89.4000, while Ukraine sat ahead of them in first (94.2667) and Spain in second (92.0667).

The Canadian ladies also won the bronze medal in the team technical the day before.

On Sunday, Team Canada earned bronze with a score of 89.7667 in the Highlight Routine to help push them towards the final award.