Record-setting season for Canadians at the International Swimming League

Record-setting season for Canadians at the International Swimming League 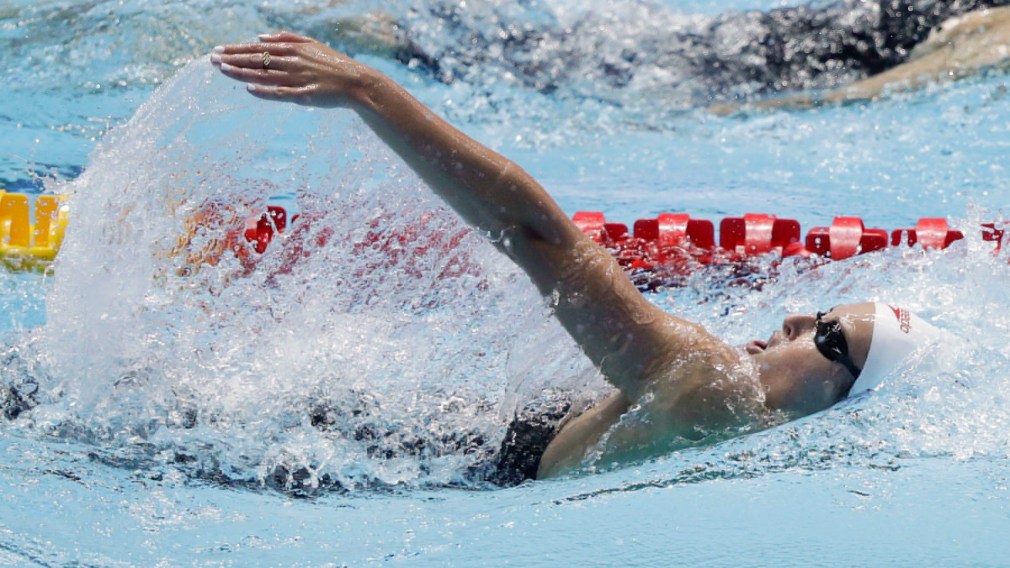 The International Swimming League (ISL) season wrapped up this weekend in Budapest, Hungary. While no Canadians were on the title winning Cali Condors, leading up to the finals Canadian swimmers showed up big.

ISL teams are comprised of athletes from different nations and the races take place in 25m pools. Throughout this season, Swimming Canada athletes have broken national records with their respective clubs. Canadian swimmers have performed incredibly with Tokyo 2020 fast approaching.

Here are some highlights from the Team Canada athletes who competed in the ISL this season:

Markus Thormeyer has been on a tear recently swimming at the ISL for the Tokyo Frog Kings. At the end of October, he broke the Canadian national record in the 200m backstroke, with a time of 1:50.30. During the semis, he decided to one-up himself, lowering the record to 1:50.27.

At the Gwangju 2019 FINA World Championships, Thormeyer finished eighth in the 200m backstroke. He was also a member of the fourth-place team for 4x100m medley relay that qualified a quota spot for Canada for Tokyo 2020. See what other swimming quota spots Team Canada has earned.

London Roar swimmer Sydney Pickrem also had a great performance in the semifinals. In the 400m IM, she trimmed 2.22 seconds off the national record to set a time of 4:23.68. The Canadian rack up many points for her club, the London Roar, during the season. The London Roar finished the season ranked in third place.

Pickrem captured three bronze medals at the 2019 FINA World Championships. She earned bronze in the 200m breaststroke, 200m individual medley and was a member of the women’s 4×100m medley that set a Canadian record.

This semis featured more Canadians lowering national records. Finlay Knox was one of them. In the 200m IM, he smashed his own record set last year, lowering the time to 1:53.67 while competing for the Toronto Titans at the ISL.

Knox won two medals at the 2019 FINA World Junior Championships. He collected the silver medal in the 200m IM with the second-fastest performance ever by a Canadian. The 19-year-old also won bronze with the 4x100m medley team.

Also in the semifinals, Toronto Titans swimmer Cole Pratt broke a Canadian record that stood for 11 years in 100m backstroke, with a time of 50.40 seconds.

Pratt, now just 18-years-old, competed at the 2019 FINA World Championships and placed 26th in the 200m backstroke and 36th in the individual medley.

8 Canadian records, 8 months away from the Tokyo 2020 Olympic Games. Sounds pretty good and we are convinced that the competition in 25m pools will translate into great Canadian performances in 50m Olympic pools.